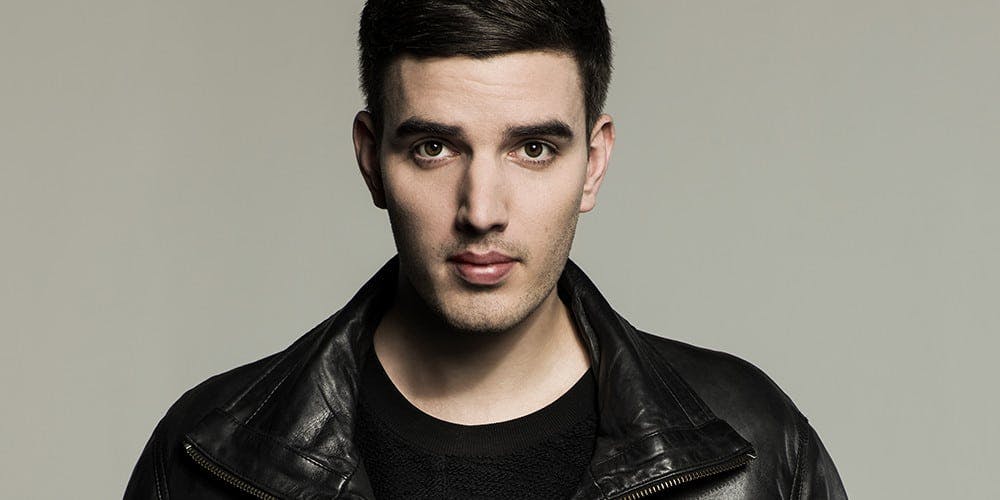 Follow Netsky to get alerts about upcoming events and special deals!

Rarely have we seen someone rise through the ranks as quickly as 23 year old Boris Daenen, a.k.a Netsky.

Without further ado, here are Netsky top 10 tracks of all time:

6. Everybody Loves The Sunshine

Rarely have we seen someone rise through the ranks as quickly as 23 year old Boris Daenen, a.k.a Netsky. Having a Belgian passport doesn’t often turn D+B heads, so you can be sure it’s his tunes which do the talking! Having secured releases on some of the biggest labels in the scene, gained DJ support from the likes of Friction, Hype, Fabio and London Elektricity, the young Belgian from Edegem near Antwerp earned a nomination as “Best Upcoming Producer” at the Drum + Bass Arena Awards in 2008 and fulfilled this ambition two years on with is “Best Newcomer Producer” award in 2010.

Leading a wave of new skool D+B talent from Europe with his blend of uplifting, melancholic melodies and heavy dancefloor bass + beats, Netsky’s popularity as both a DJ and producer is second to none.He first came to Hospital’s attention with “Smile” and “Tomorrow’s Another Day” was quickly snapped up, signing exclusively to Hospital in late 2009. Netsky’s first release on Hospital was the iconic “Memory Lane” (as featured on “Sick Music 2″ in 2010) and this was swiftly followed up by his chart topping debut album – “Netsky”– in May of the same year. Following virtually unanimous praise and hype from all corners of the globe, it plunged Netsky firmly into the limelight, where he has remained ever since, delivering a potent mix of dancefloor anthems, vocal led classics and that clean cut new jungle sound which has become his trademark.

Since then, Netsky’s profile as a remixer has been affirmed by his huge remixes of ubiquitous club anthems such as Pendulum – “Witchcraft”, Plan B, Leftfield – “Release The Pressure”, Audio Bullies – “Only Man”, Swedish House Mafia – “One” and most recently Jessie J – “Nobody’s Perfect” and Rusko – “Everyday” (which was included on the recently released “Fifteen Years Of Hospital Records” album).

Alongside all this, is Netsky’s hectic DJ schedule which regularly takes him across Europe, the UK, US, Australia and across the world, headlining Hospitality events and beyond. His skills behind the decks are enviable and he seems to have a Midas touch; able to transform even the most subdued of parties into an ecstatic, bouncing rave within a matter of minutes and it is no coincidence that he was nominated for the Radio One ‘Essential Mix Of The Year’ in 2010.

With a huge fan base and celebrity status in his home country, Netsky’s star just keeps on rising. On Friday 6th April 2012, Netsky unveiled Netsky LIVE! at Hospitality Brixton – a full live show with a band which he also took to his home country in May for two sold out shows at Ancienne Belgique. Following the release of January’s digital-only single “Give & Take” and “Come Alive” in May , Netsky’s highly anticipated sophomore album has landed and has been received with widespread critical acclaim, hitting the UK Top 30 and No. 1 in his home country of Belgium. One thing’s for sure, 2012 is already set to be another golden year for Belgium’s premium D+B export.