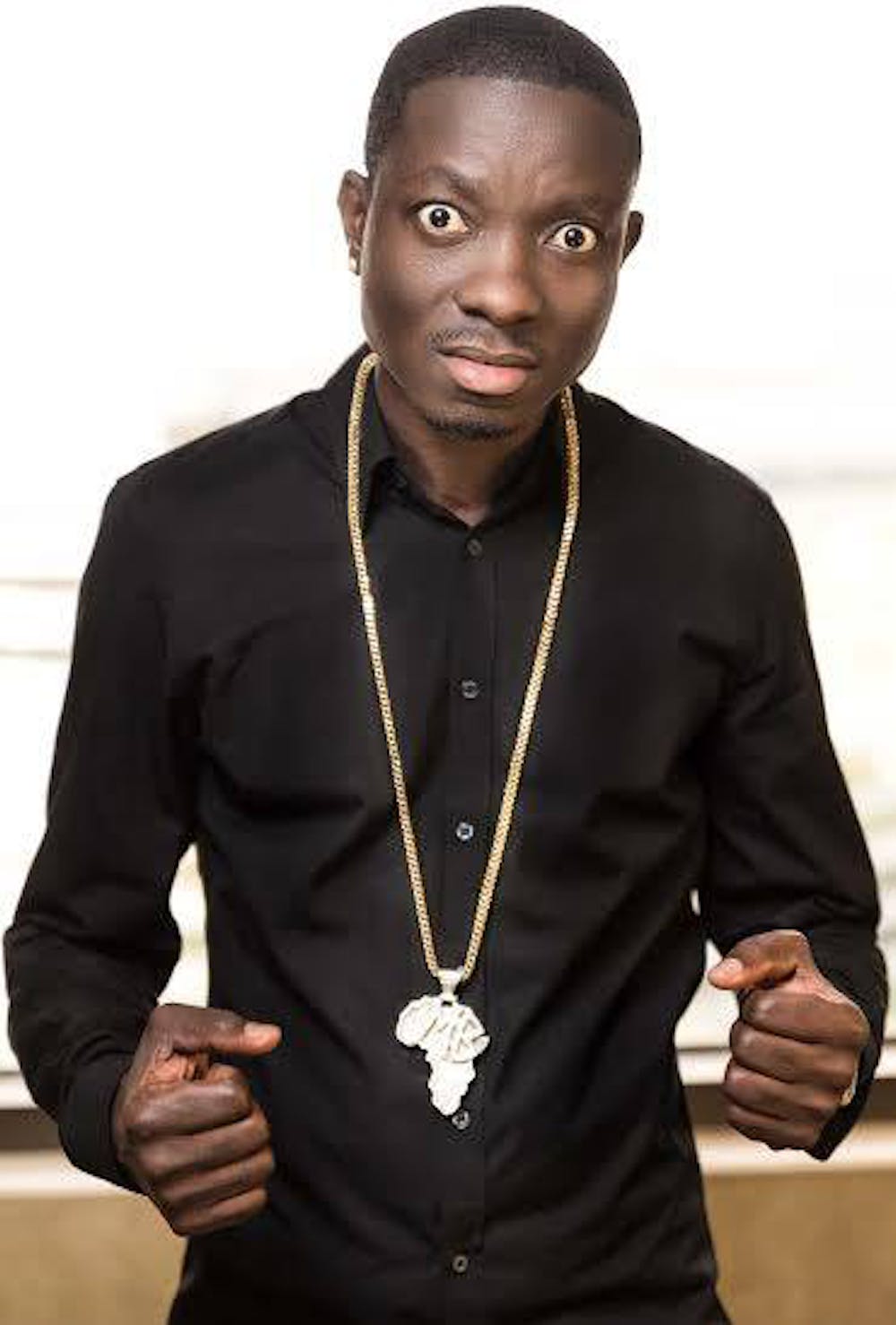 Follow Michael Blackson to get alerts about upcoming events and special deals!

He has been called one of the most original stand-up comics in the country, and his performances leave audiences laughing in tears.

Michael Blackson has performed in venues such as: The Novo

Without further ado, here are Michael Blackson top 10 tracks of all time:

3. All Right Sample + Not Alright Skit

8. Back To Me Sample

He has been called one of the most original stand-up comics in the country, and his performances leave audiences laughing in tears. Michael Blackson, aka, ‘The African King of Comedy', has been entertaining audiences all across the country and around the globe for more than a decade. Inspired by the stand up comedy of Eddie Murphy, Blackson began to develop his comedic talent in 1992 in the unkind comedy clubs of Philadelphia, Pennsylvania.

Blackson’s comedic appeal grew from his involvement with BET’s ComicView series, HBO’s Def Comedy Jam, Showtime at Harlem, and Live in Hollywood. However, it was in a Los Angeles comedy club where Blackson got his big break. Blackson was performing at the Comedy Store where actor/director Ice Cube was in attendance to see comedian Mike Epps perform. But after experiencing Blackson’s performance, Ice Cube invited the young comic for a reading…and the rest is smash hit history! Blackson’s outstanding and unforgettable performance in the smash hit comedy, Next Friday, drew praise and a fan following like no other.

After his scene stealing performance in Next Friday, fans wanted more, and in 2005, Blackson would not disappoint. He released his top-selling sketch comedy CD entitled, Modasucka, Welcome to America. With Blackson, the work never stops. Along with special guest appearances on some of the hottest music videos, Blackson stole the stage on P. Diddy’s Bad Boys of Comedy on HBO and starred in a commercial for the Chappelle Show on Comedy Central. There’s no mistaking Blackson for any other comedian when he takes the stage.

And what about those Dashikis? When he takes the stage, clad in the finest Dashikis the Motherland has to offer, “The African King of Comedy? is born! Along with his film and television endeavors, Blackson continues to entertain his fans as the headliner for live shows at comedy clubs, universities and special events, bringing his one-of-a kind, must-see stand-up performance to audiences all across the country and around the world.

No upcoming events with Michael Blackson