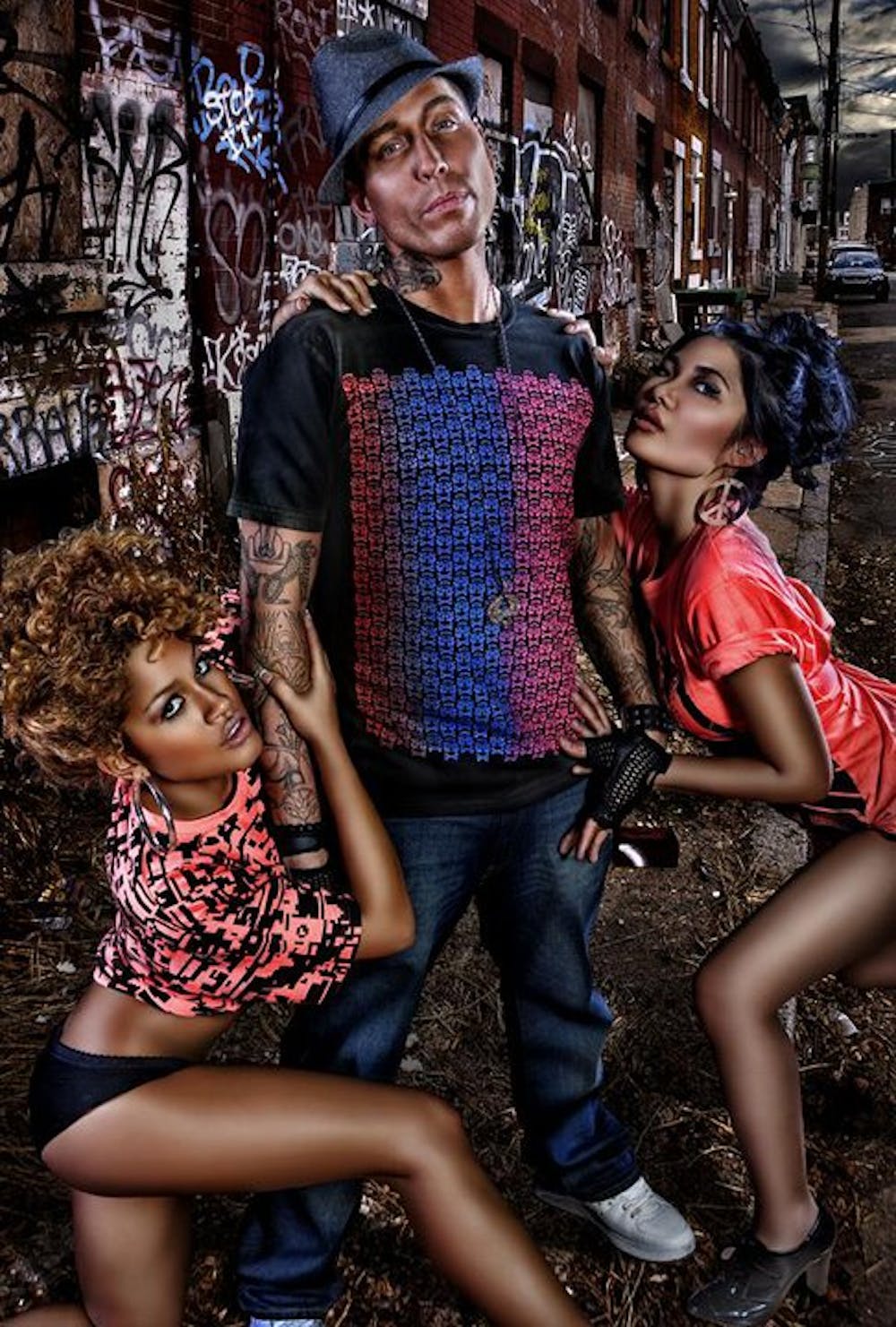 Follow Messinian to get alerts about upcoming events and special deals!

Respected by fans far and wide in the Electronic Music/Dance community, Messinian‘s commanding voice and stage presence have brought countless club and festival goers to expect the unexpected.

Messinian has performed in venues such as: Catch One

Without further ado, here are Messinian top 10 tracks of all time:

Respected by fans far and wide in the Electronic Music/Dance community, Messinian‘s commanding voice and stage presence have brought countless club and festival goers to expect the unexpected. A natural at fusing genres and uniting the masses, Messinian brings a raw emotion and intensity that consistently burns the roof down. His life is all about controlling microphones and turntables in front of... wild crowds and taking the energy in the venue to a higher level. Currently residing in North Philadelphia, he was born into a humble upbringing in Los Angeles, California. He never imagined that his passion and drive for music would one day have him performing in front of jam packed audiences around the globe. Armed with a dream and an uncanny ability to sneak into clubs as a teenager, he was performing at major venues up and down the East Coast before he was legally old enough to get into them. With the endless support of his friends and fan base in Philadelphia and a relentless work ethic, his musical path was paved.

With years of constant touring under his belt, Messinian has grown to become an underground veteran, rocking nation-wide tours sponsored by Sony, DC Shoes, URB Magazine, House of Blues, Salem Cigarettes, Rinse Magazine and more. His busy tour schedule has helped him to see the world many times over. Messinian has brought his art form to Japan, South Africa, England, Austria, New Zealand, Serbia, South Korea, Holland, China, Macedonia, Portugal, Czech Republic, Australia, Costa Rica, Canada, Poland, Singapore, Hungary, Switzerland, Venezuela, Lithuania, Belgium, Taiwan, Estonia, and all over the United States in every major city. Aside from touring year-round with various DJs and being the vocalist for his own Pop/Electro/Rap projects, Messinian is the front man for the annual "PLANET OF THE DRUMS TOUR" (AK1200, Dieselboy, Dara, and Messinian). This tour has been packing raves and selling out venues for over 10 years. It is considered the most successful tour in Drum and Bass and it is the longest running electronic music tour ever. He’s performed at the Virgin Music Festival, Area 2 Tour (Moby, Busta Rhymes, David Bowie), Salem Tour (w/ The Roots, Outkast), Playstation 2 Tour, The Coachella Festival, The Electric Daisy Carnival, Ultra Music Festival, The Love Parade, The Bassrush festivals, Creamfields and numerous huge festivals in Europe and abroad.

Messinian has been setting dancefloors on fire and touring non-stop as a Dubstep DJ/MC. You can see him nationwide at festivals and clubs spinning high energy Dubstep originals & VIP’s… simultaneously mixing records and hyping it up on the mic to get crowds screaming with their hands in the air. Messinian took the Dubstep world by storm with a streak of hard hitting vocal collaborations with Dubstep heavyweights like Excision, Datsik, Bare, SPL, Number Ni6e, Triage, J. Rabbit, Camo & Krooked, Calvertron, Helicopter Showdown, Hulk, Antiserum, Downlink, Skism, Sluggo, Mark Instinct, Itchy Robot and many more. Messinian’s tracks are getting heavy DJ support from not only North American Dubstep DJ’s, but major Dubstep DJ’s the world over. Messinian is no stranger to the Top 20 Dubstep Charts on Beatport. His collaborations "X-Rated", "Holy Ghost", “All About My Paper”, “Heavy Artillery”, "Heavy Artillery Remix", “Apeshit”, “Girls, Girls”, and “Burn It Up” have all held spots in the Top 20 or Top 10 and he has plenty of Dubstep/Drumstep/DNB anthems with releases scheduled soon. He has been pumping out quality bangers and getting them released on Beatport chart dominating labels such as Mau5trap recordings, Rottun Recordings, EX7 Records, Play Me Records, Subhuman, System recordings, Warner UK, and Hollow Point Recordings. Make sure to look out for Messinian’s solo production and beat making collaborations with artists like Bare, The Upbeats, SPL, and Zardonic in the near future.

A versatile artist, he’s been in the studio creating tracks with world class producers for Dubstep, Hip Hop, Pop, Rock, D&B, Electro, Soul, and House projects. Releases include “Mariachi Loco” on Warner UK, “Throw It Away Remix” with electro producers Designer Drugs, the house anthem “Baked From Scratch” with Hatiras and DJ Dan, the Drum and Bass smash hit “Barrier Break” with Dieselboy for Human Imprint, and the Dubstep, politically charged foreward for Evol Intent’s breakthrough album “Era of Diversion”. He’s had his music in platinum selling video games such as Grand Taurismo 4 and also used for Skateboarding/Snowboarding shows on cable networks like Fuel TV. He’s performed live on the biggest radio stations from Johannesburg, South Africa to Eastern Europe to Tokyo, Japan. Messinian is represented by the William Morris Agency, one of the largest and most respected agencies in the world.

Aside from his love for his art, Messinian is extremely proud to have taught Hip Hop Music/Creative Writing classes at 'Northeast Treatment Center' Juvenile Detention facility in North Philadelphia. In Messinian’s own words, “These kids are the future of music. They have been through so
much and turned their struggle and pain into creative wordplay and expression. The world isn’t ready for the skills they’re bringing! I’m happy that the center finally brought a program these kids could really relate to. They are changing their life in a positive direction and it’s cool that the music they love is helping in a strong way. I definitely want to be a part of a program like this again in the future…for now my main goal in life is to change Pop and underground music as we know it. My music, my family, and my fans are my lifeline...There’s nothing on this Earth more important. I’m a big fan of music that makes you shake your ass. I’m also a big fan of music that’s provocative and makes you think. I love Hip Hop, Rock and Roll, Pop, Soul, Electronic music, and everything in between. If we're on the same page, then LET'S RIDE!”

With plenty of releases yet to drop and countless music projects on the way, Messinian is hopping the globe and touring cities until the wheels fall off.

No upcoming events with Messinian