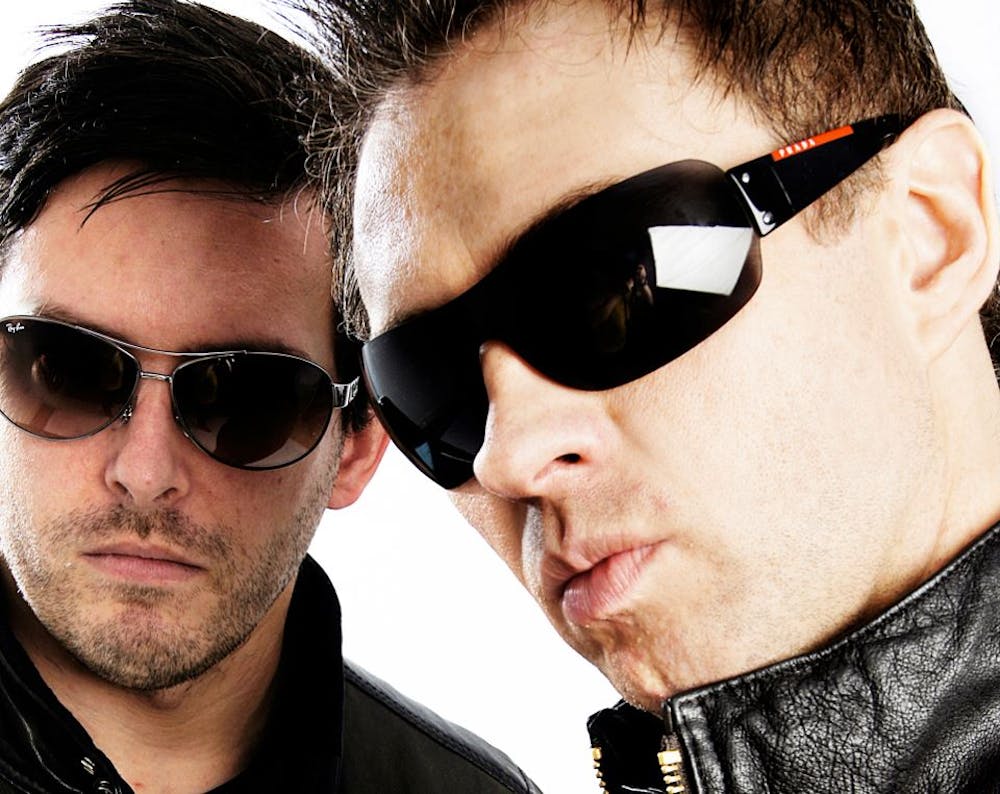 Follow Matrix & Futurebound to get alerts about upcoming events and special deals!

Matrix & Futurebound need little introduction, both having had illustrious careers in their own right.

Matrix & Futurebound has performed in venues such as: EDC Mexico, Exchange LA

Matrix & Futurebound has played in major festivals like EDC Mexico

Without further ado, here are Matrix & Futurebound top 10 tracks of all time:

2. Back To U - Matrix & Futurebound Remix

Matrix & Futurebound need little introduction, both having had illustrious careers in their own right. Matrix first broke through with his slick techno infused classic, Sleepwalk’ album on Virus Recordings, later scoring chart acclaim under his house pseudonym ‘Goldtrix’ with the top 5 hit, ‘It’s Love Trippin’. Meanwhile, Futurebound had early success on labels such as Moving Shadow, Infrared, Hospital and Breakbeat Kaos before launching his own Viper Recordings in 2004, now recognised as a powerhouse in the bass music scene.

When Matrix & Futurebound combined their powers to unleash the seminal ‘Universal Truth’ long player in 2007, the skillful fusion of epic melodic soundscapes with heavyweight dancefloor production and original vocals defined a whole new era in DnB. Soon the likes of Swedish House Mafia, Justin Timberlake, Moby, Sasha, and Skepta soon knocking at the door for remix duties and a whole new generation of acts such as ShockOne, Brookes Brothers, and Camo & Krooked inspired to follow suit.

2011 saw the duo launch their ‘Worldwide’ mix compilation series which was the perfect snapshot of the electronic bass music landscape in 2011, keeping a sharp focus on the freshest drum & bass around whilst also drawing on dubstep and electro to capture the sound of a Matrix & Futurebound live set in all of its glory.

2012 has already been one of the biggest years yet for the legendary duo, with the euphoric sounds of ‘All I Know’ (feat Luke Bingham) sending tremors across the Drum and Bass scene and beyond. Featuring the silky smooth ‘Rolling Out Mix’ and the dancefloor destroying ‘Smash and Grab Mix’, the production powerhouse’s joint effort has smashed clubs and dominated the airwaves worldwide. One of this summer’s defining anthems, ‘All I Know’ clocked in well over 2 million combined views on YouTube and was quickly added to BBC Radio 1 and 1Xtra prestigious playlist, gaining support from the likes of Zane Lowe, Annie Mac, Fearne Cotton, Annie Nightingale, Mista Jam, Westwood, Friction, and Crissy Criss.

Now, after remixing tracks for the likes of Afrojack and Rude Kid, Matrix & Futurebound return with the massive ‘Magnetic Eyes’ (feat Baby Blue). Already on the 1Xtra and the MTV Dance playlists, ‘Magnetic Eyes’ has quickly gained heavy support in the clubs and on the radio, with DJ’s such as Drumsound & Bassline Smith, Nero, Pendulum, Tantrum Desire, DJ Hype, ShockOne, Brookes Brothers, Seven Lions, Netsky, and Far Too Loud all dropping various mixes into their club sets, along with high rotation on radio day and night.

No upcoming events with Matrix & Futurebound