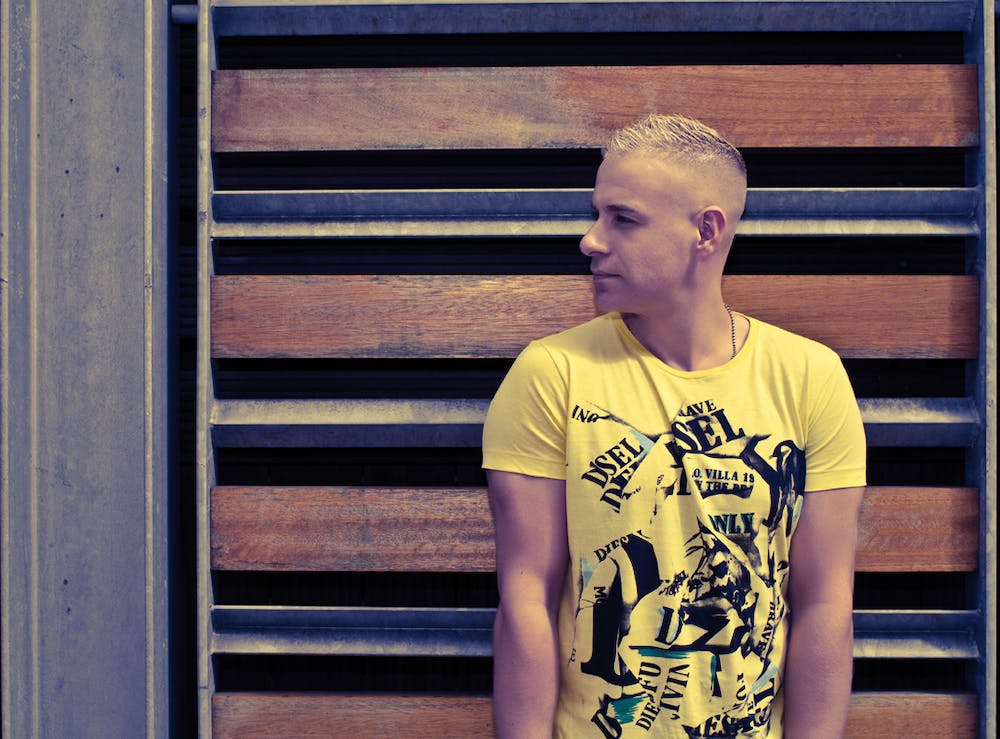 Follow Mark Sherry to get alerts about upcoming events and special deals!

Scotland has long been a leader in producing pioneers of electronic dance music, but often flies under the radar in its contributions to the scene.

Mark Sherry has performed in venues such as: Exchange LA, Avalon, Circus After Hours, Harbour Event Centre, Spin, The Underground

Without further ado, here are Mark Sherry top 10 tracks of all time:

2. I Will Find You - James Dymond Remix

9. The End Is the Beginning

Scotland has long been a leader in producing pioneers of electronic dance music, but often flies under the radar in its
contributions to the scene. Until now. As Scottish tech­trance maestro Mark Sherry’s star continues to rise, the DJ and
producer is being recognized as a dedicated and enthusiastic presence in the industry, with original productions and remixes on Spinnin, Armada, Lange Recordings & Anjunabeats. His inexorable passion and drive for his craft is evident in his diverse and well­rounded collaborations and full body of work, both in the studio as well as his vivid and technical DJ performances spanning the globe.
One by one, the top dance music labels in the industry have noticed Mark’s ability to generate high quality productions, and in 2011 Spinnin’ Records had signed him on for an exclusive two­year contract. With huge support from the mega label, he released his remake of the Last of the Mohicans theme and Clannad classic ‘I Will Find You’ featuring vocalist Sharone, who Mark later teamed up with again to orchestrate ‘Silent Tears’ and a Latin­American themed track titled ‘Sangre Caliente.’ The following months saw more Beatport chart­topping compositions from his remixes of ‘Morph’ by Ali Wilson & Matt Smallwood on Doorn Records and ‘Yeke Yeke’ by African artist Mory Kante, and another Beatport Trance No. 1 for his take on trance legend Lange’s single ‘Songless.’ The Scot continued to make a name for himself in 2012 with yet another Beatport Top 10 for his stellar single ‘My Love’ on Simon Patterson’s Night Vision label.
In 2014, Mark has kept up with his busy schedule both in and out of the studio. By March he unveiled his well supported remix of Max Graham’s ‘The Evil ID,’ which quickly shot straight to Beatport’s Trance Top 10. Now with massive upcoming tour dates at events like Together Festival, Luminosity Beach Party, Electrocity Presents FSOE 350, and 420 Festival, and upcoming remixes of Giuseppe Ottaviani & Aly & Fila, Will Atkinson and Heatbeat, there appears to be no signs of slowing down for this genre­bending artist.
Can’t get enough of Mark Sherry? Then make sure to check out his weekly Outburst radio show every Friday at 23:00 on ah.fm
for guest mixes from artists like Ferry Corsten, Gareth Emery, Lange, Judge Jules, Paul Oakenfold & more, and keep an eye out for Sherry’s own Outburst Records label set to debut this June!
He has released his trance/tech-trance productions and remixes on an impressive array of labels such as Reset (Spinnin), Doorn, Captivating Sounds (Armada), Anjunabeats & Lange to hand pick a few. His finely tuned production skills have been constantly impressing the ‘who’s-who’ of the EDM scene, especially Lange after Mark’s remix of his classic ‘Songless’ single went to number 1 on Beatport! Not forgetting his recent uber-slick remix of the classic Mory Kante ‘Yeke Yeke’ plus bootleg remixes of Coldplay ‘Paradise’ and Chase & Status feat Liam Bailey ‘Blind Faith’. There are a whole host of new releases and projects under way in Mark’s newly built recording studio, including his new single ‘My Love’ forthcoming on Simon Patterson’s ‘Night Vision’ label, a remix of Above & Beyond’s modern day classical piece ‘Sun In Your Eyes’ and also a remix of Fabio XB & Linnea Schossow’s new single ‘Be My All’, which is forthcoming on Enhanced Recordings.

The Outburst Radioshow/podcast hase a huge global fan base and it continues to stay true to it’s trance and tech-trance beginnings. This weekly 2 hour show and iTunes podcast has recently boasted huge guest DJ mixes from some of the scene’s biggest names such as Ferry Corsten, Gareth Emery, Judge Jules, Fergie, Arty, Lange, Rank 1, Andy Moor, Michael Woods, Sean Tyas & Orjan Nilsen, and coming up later in the year the legendary Paul Oakenfold and John ‘00’ Fleming will also be making very special guest appearances among others!
The Scottish ‘Vestax DJ20’ is a brand new DJ poll that was launched last year to help promote and increase awareness of Scotland’s very own home-grown talent. Scotland’s DJ’s have been pioneering Electronic Dance Music since the very beginning but all too often they havn’t received the recognition they truly deserve, until now that is. The people spoke in their droves and voted for Mark, putting him in a very well deserved 2nd place in the poll!

No upcoming events with Mark Sherry