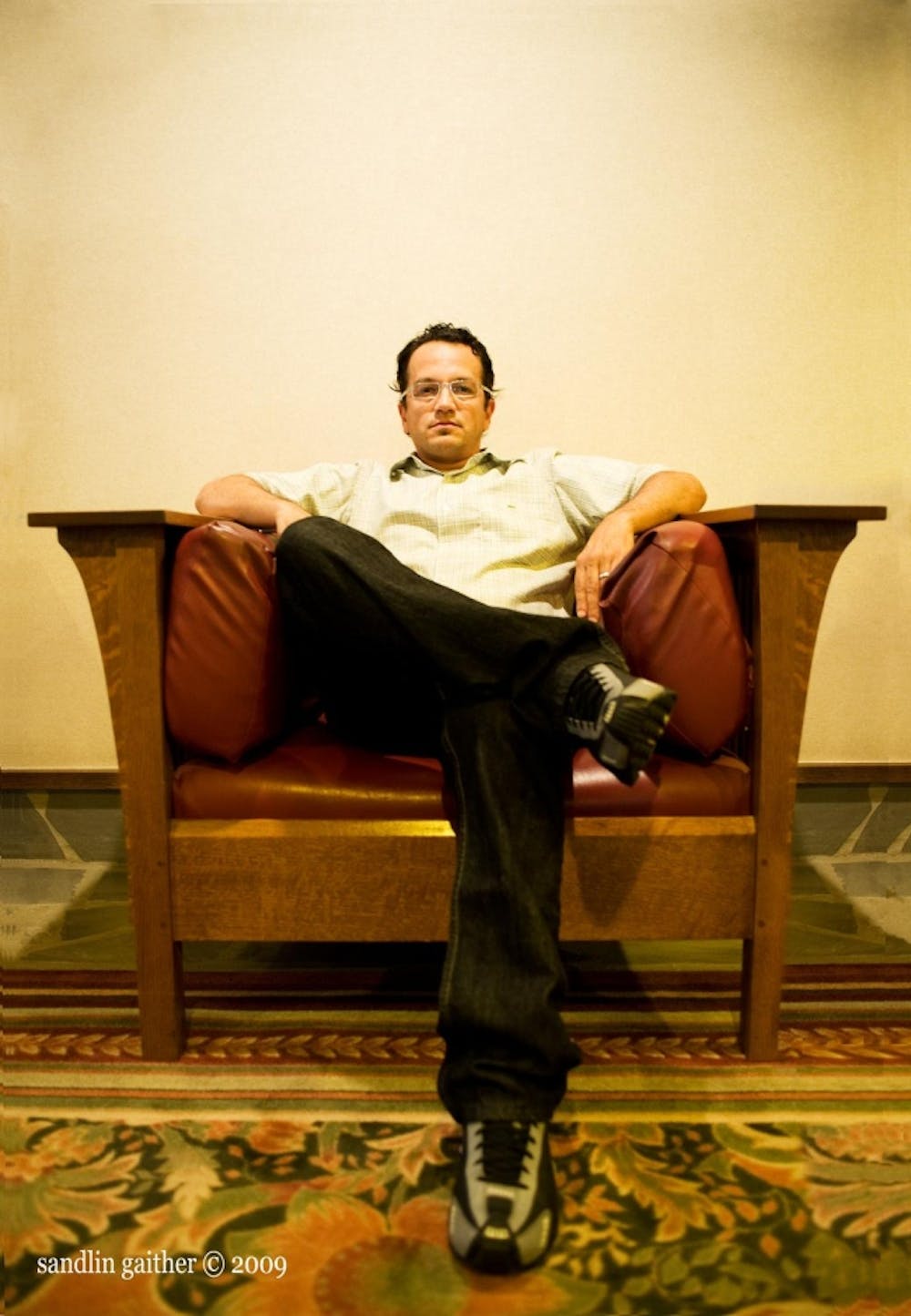 Follow Mark Farina to get alerts about upcoming events and special deals!

I look at my job as a modern day traveling minstrel, to bring new music to as many places as I can, and expose obscure records that, otherwise, might go hidden." While Mark Farina may be able to sum up his job description in a sentence, there is much more to be written. Mark developed his musical tastes in Chicago - listening to house music on the radio, living in one of the country's most primordial breeding grounds for house.

Mark Farina has performed in venues such as: Magic Stick, Eos Lounge, 1720, 45 East, Boulder Theater, Catch One, The Circle, Contact, Flash, It'll Do

Without further ado, here are Mark Farina top 10 tracks of all time:

6. Best Of Both Worlds

I look at my job as a modern day traveling minstrel, to bring new music to as many places as I can, and expose obscure records that, otherwise, might go hidden." While Mark Farina may be able to sum up his job description in a sentence, there is much more to be written.

Mark developed his musical tastes in Chicago - listening to house music on the radio, living in one of the country's most primordial breeding grounds for house. Around '88, while record shopping at Imports, Etc., he met Derrick Carter and a friendship began. "I just ended up there between classes, I ended up buying his picks. He steered me toward the cutting edge House producers of the time."

"I started playing when I lived with my parents and didn't have any bills to pay so I could just buy records. My intentions were never to just make money, it's nice, but it's kind of turned into a job by accident - it was a hobby that turned into a job."

Living together and working on tracks together along with Chris Nazuka, they utilized the tight connections between the Detroit and Chicago scenes. Fondly, Mark remembers hanging out listening to Detroit Techno classics - Model 500, Derrick May - eating bologne sandwiches on white bread and drinking Kool-Aid out of a paper cup, prepared by none other than Chef Saunderson himself. In '89, they signed on Kevin Saunderson's KMS Records under the Symbols in Instruments moniker and produced a landmark track called "Mood". "Mood" sold 35,000+ copies in the US and the UK. This record was the first ambient house track ever made and, accordingly, it has taken its position as a classic. The same year, The Face magazine published their year end Top 50 with "Mood" ranking above pop anthems by Dee-Lite and The Pet Shop Boys.

"I used to do mixes with Derrick on the radio at Northwestern, we'd make it at the house and listen to it on the lake where they filmed 'Risky Business'. We would drive around and listen 89.3 WNUR; they had a policy, guest DJs didn't have to be students." Eventually, the University changed their policy and only students were allowed to DJ.

When Farina first started wandering from his passion for the purist forms of House into what grew into one of his trademark styles, Mushroom Jazz, he was playing the main room in a club in Chicago and got demoted to the B-room after playing too many Martin Luther King samples. Mark experimented with a deeper style, dropping De La Soul, disco classics and other stuff that wasn't being played in the main room. However, in 1992, Mark found a welcome place for his collection of down tempo tunes accompanied by a small run of mix tapes entitled "Mushroom Jazz."

As the Acid Jazz boom began, he perfected his sound and fused the latest tracks from the West Coast's jazzy, organic producers with the more urban sounds he had championed in Chicago. While the predominant musical force in SF was still dark, dubby House and Wicked-style Breaks, the city embraced the downtempo movement with a healthy bunch of live bands and DJs generating the tunes.

Mark Farina, along with partner, and current manager, Patty Ryan-Smith created, the now legendary weekly club, Mushroom Jazz, in 1992. Every Monday night the crowd slowly germinated - from 100 for the first few months to 600-700 two years later. Simultaneously, the Mushroom Jazz tape series evolved - from the first Chicago run of 50 copies each on to the next stage, where 500 copies of several volumes were easily distributed. As time passed, Farina and Patty put their energies into another project, the first Mushroom Jazz interactive CD-ROM. After a three year run, where the club had established a fanatical, cult-like following for Farina and the Mushroom Jazz sound, the club closed its doors and transformed into a CD series and accompanying tours.

Since 1989, Mark Farina has been traveling the globe performing at literally hundreds of shows a year, sometimes DJing both of his preferred styles in two different rooms at the same party. At other events, he's been known to play extended sets that lasted over eight hours. In his House sets, Mark is known for his uniquely effortless journeys on the jazzy side of Chicago House, mixed up San Fran style, and flawless as always.

This wandering record minstrel has played in front of some fairly amazing backdrops. The ACA-Sound Festival in Acapulco is one example, where the event organizers cleared a huge piece of land and brought in the world's finest DJs. Farina joined Carl Cox, Moby, the Chemical Brothers and LTJ Bukem in the Mexican paradise.

On CD, Mark has recorded both of his dominant musical personalities. His first mix, 'Mushroom Jazz' on Om Records, is defined by a hip-hop sub-groove with jazzy, dubby elements in the down-tempo range. It was followed by 'Seasons', a critically acclaimed House mix. An Imperial Dub mixed CD, a guest slot in the pedigreed 'United DJs of America' series, 'Mushroom Jazz 2' (Om Records) and 'San Francisco Sessions, Vol. I' (Om Records) to round out the Farina catalog. 'Mushroom Jazz 3' traces the pattern of the previous releases in the series with a mellow, downbeat groove programmed and mixed as none other but Farina could do. In 2002, Mark released original productions and 2 CDs in OM - Mixed CD 'Connect', the final installment of Mushroom Jazz, Volume 4.

2003 promises EVEN more of Mark and his growing audience. His production plate is full of goodies, including remixes on Classic, Music for Freaks and a double album of original music ranging from house to down-tempo.