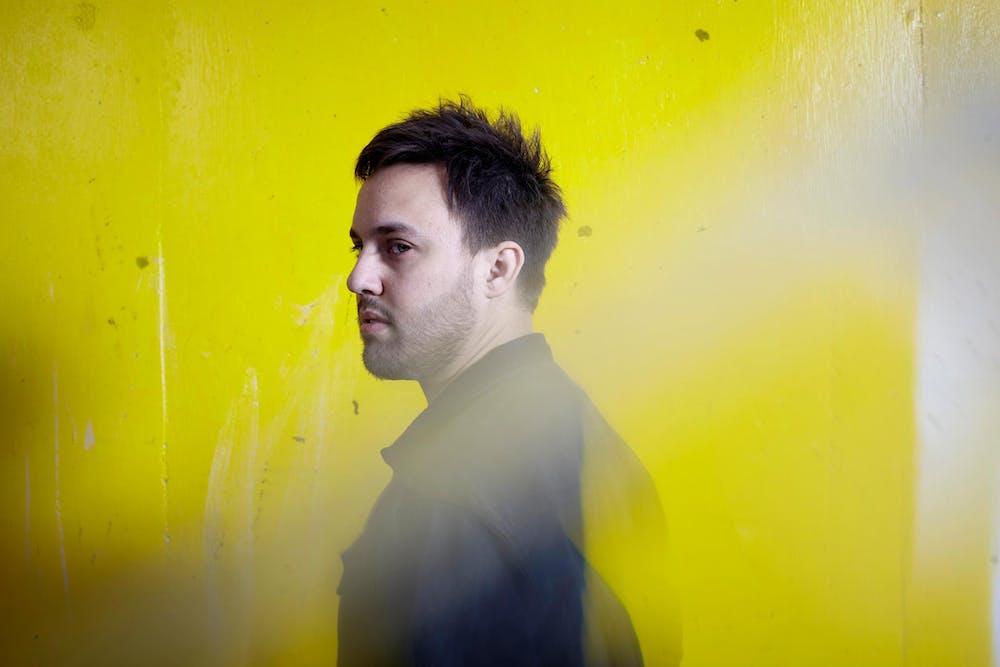 Follow Maceo Plex to get alerts about upcoming events and special deals!

Located deep within the circuitry of a mechanical alien host known as Maetrik you will find a complex web of synaptic dispersements resembling what could be called a soul.

Without further ado, here are Maceo Plex top 10 tracks of all time:

6. When the Lights Are Out - Late Night Mix

10. When the Lights Are Out

Located deep within the circuitry of a mechanical alien host known as Maetrik you will find a complex web of synaptic dispersements resembling what could be called a soul. And this soul which drives it's host and manipulates it's every move is finally beginning to emerge. Its name is Maceo Plex. The emergence of such an entity has been the result of a need for feeling, a need for interplanetary funk. We as humans consider this need a feeling, a feeling rooted in emotion, and emotion being the very basis of humanity.

Maceo Plex is on a quest to fullfil his need to inject feeling and funk into the world, and he's already proving to be quite productive. With deep and funky works of audible engineering for the label Crosstown Rebels in the form of a full length album titled "Life Index", a night with Maceo Plex will be one of galactic proportions.

To explain the evolutionary process behind Maceo's existance we must travel back to 1993, to the beginning of his creativity. At the start...Maceo was intrigued by a pair of circular shaped objects designed for holding discs created from vinyl that produced vibrations resulting in sound and music. Soon he began conjuring up mixxes of techno, electro, and house music that quickly gained him popularity within the early 90s rave culture. But in 1997, while Heavily influenced by the sounds of other modern funk theorists such as Model 500, Kenny Larkin, Idjut Boyz, Convextion, etc... Maceo began experimenting with hardware modules containing knobs and keys to form his early musical compositions. Seduced by the sounds of techno & electro, Maceo grew into a technologically advanced being later to be known by various names such as Mariel Ito or Maetrik.

After many years of prolific works on such labels as Treibstoff, Dumb Unit, Cocoon, Audiomatique, Modern Love, Mothership, to name a few...Maceo aka Maetrik travelled the world playing in some of the best clubs such as Rex, Cocoon, Fabric, Womb, etc... Now in 2010 Maceo has begun to strip back some of his robotic body armor known as Maetrik in order to expose a more musical and groove based side the world has not seen yet.

The profound change has taken Maceo Plex from the complex and dark life in America to his current homebase of Valencia, Spain. The sunny and relaxed atmosphere has been quite useful to Maceo in his lengthy inward journey that is very apparent in his music. After a much needed retreat into the funky sounds of Parliament Funkadelic, Moodymann, Atjazz, Isolee, and Luomo, Maceo has finally completed his transormation and is shining brighter than the star Siriusand his newest musical output reflects his radiation in a variety of beautiful colors. In late 2010, Maceo's single "Vibe Your Love" will finally be released on the very foward thinking label Crosstown Rebels and will include a hefty funk remix treatment by Zev of the Wolf & Lamb clang. Soon following will be the full length debut album aptly titled "Life Index" which chronicles Maceo's life long transformation into the soulful ball of energy he is today.

Once experienced, the album will make it abundantly clear the level of versatility Maceo Plex posesses among his many auditory shells. And the world will understand Maceo's pristine vision of house music from beyond.