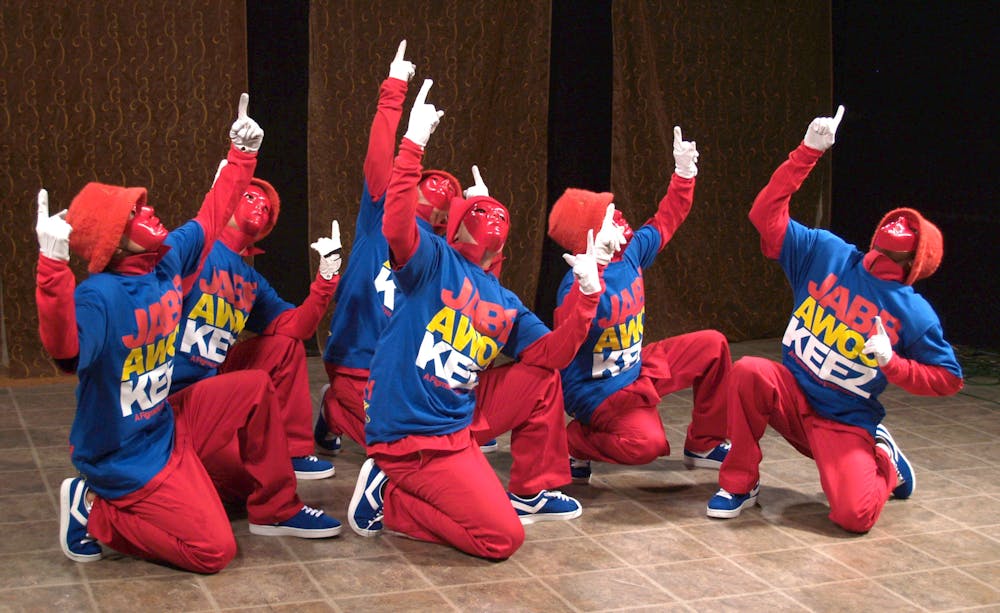 Follow Jabbawockeez to get alerts about upcoming events and special deals!

The Jabbawockeez (stylized as JabbaWockeeZ) are an American hip-hop dance crew, best known for being the winners of the first season of America's Best Dance Crew in 2008.

Jabbawockeez has performed in venues such as: MGM Grand Garden Arena

Without further ado, here are Jabbawockeez top 10 tracks of all time:

The Jabbawockeez (stylized as JabbaWockeeZ) are an American hip-hop dance crew, best known for being the winners of the first season of America's Best Dance Crew in 2008. Established in 2003 in San Diego, California when dancers Kevin “KB” Brewer and Joe Larot put together an innovative dance crew to participate in dance competitions with the idea of disrupting the existing dance scene. At the time, they felt that dance crews were clones of one another, and were dancing to the “top” of the music instead of digging deep into the music, and they set out to do something different. With Jabbawockeez, they showcased freestyle dance and were able to strike a balance between dancing to the music and dancing as an artistic expression.

By 2004, the Jabbawockeez's members included Phil "Swagger Boy" Tayag, Ben "B-Tek" Chung, Chris "Cristyle" Gatdula, Rynan "Kid Rainen" Paguio, and Jeff "Phi" Nguyen. Tony "Transformer" Tran joined the crew in 2013. The Jabbawockeez do not have a group leader; choreography for their performances, as well as music and design choices, is made as a collective unit.