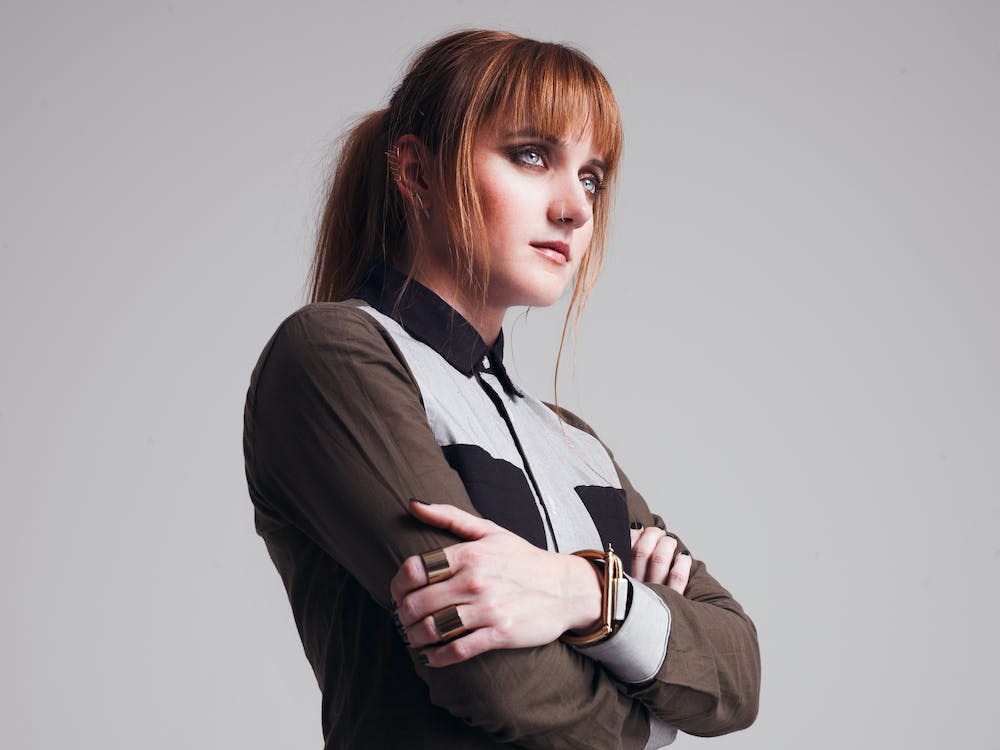 Follow J. Phlip to get alerts about upcoming events and special deals!

Jessica Phillippe is diehard, born with true grit and skills to pay the bills.

J. Phlip has played in major festivals like ME Cabo, Hyperspace Festival 2022, Moonrise Festival, Outside Lands

J. Phlip has upcoming events in ME Cabo

Without further ado, here are J. Phlip top 10 tracks of all time:

Jessica Phillippe is diehard, born with true grit and skills to pay the bills. Despite her success with the Dirtybird gang, she's still out there in record stores on the regular... digging, uncovering precious gems and weaving them into her dynamic sets with panache. She's a hard-working, dedicated lady who refuses to compromise and aims to rock the dancefloor without relying on the most obvious tracks. Production-wise she's just as fearsome, lacing her tracks with a tough yet bouncy flavour. Her prowess in both disciplines combined with her infectious sense of fun and mind-boggling depth of knowledge make her one of the most revered DJs on the global circuit today.

Ever since the purchase of a cheap set of belt-drive decks and a mixer on her 19th birthday she really hasn't looked back and, after completing her studies in Engineering, the straight-A student jumped head first into her true passion, music. She won a DJ competition in 2005, toured the USA and moved from her hometown, Champaign, Illinois, to the birthplace of house music, Chicago. In the Windy City she endured the struggle that many musicians go through on their pathway to glory but never lost sight of her dream. A move to San Francisco resulted in more hard times, but it wasn't long before her determination and natural talent won through.

Phlip's refusal to give up eventually led her to connect with the Dirtybird crew and make some real progress. Club and festival tours are now a regular occurrence while releases on Claude VonStroke's highly respected imprint, and elsewhere too, have established her as a reputable source of dancefloor killers. People from Skream and Tiga to techno dons Surgeon and Dave Clarke and a bunch of other influential heads threw their weight behind her first truly analogue workout, 'Coefficient', while her latest tech-heavy banger 'Say My Name', which is has been doing immense damage to clubs all over the world, has peaked the interest of Eats Everything, Danny Daze and Huxley on the floor, and taking to the airwaves courtesy of B.Traits, Monki and 1 xtra’s MistaJam . All that hard work has put her up there with the industry's female elite; Nina Kraviz, Heidi, Maya...

Go hear J.Phlip in action and you can expect to experience a full booty workout and have your mind blown. You'll be surprised, energised and occasionally weirded out. This is a lady who knows her stuff, yet continues to refine her craft. Her aim is dancefloor lobotomy, all the while taking the greatest pleasure in seeing the people get loose. A DJ not afraid to put her vision out there, Jess is to thank for passing Eats Everything’s mighty “Entrance Song” to Voitek and Greg (Catz n Dogz) at Pets and the later introduction to Barclay (Claude VonStroke) and Dirtybird. She's embarked on several tours of Europe and the US, attracting an ever-growing fanbase with each electrifying performance. Spending 3 years living and DJing in Berlin has helped Phlip to gain an understanding of the European market – she was only supposed to be there for 5 months, but ya know, there's some kind of time warp in Berlin that does that to people.

2014 already involves more action than a James Bond movie with another tour of Europe in full swing, dates all over the United States including three residencies: Detroit, Miami and San Fransisco – plus there's plenty more production work in the pipeline. Hold tight for yet more analogue awesomeness.

Don't take our word for it, go check her out yourselves... and be prepared to lose your shit. That's what's up.