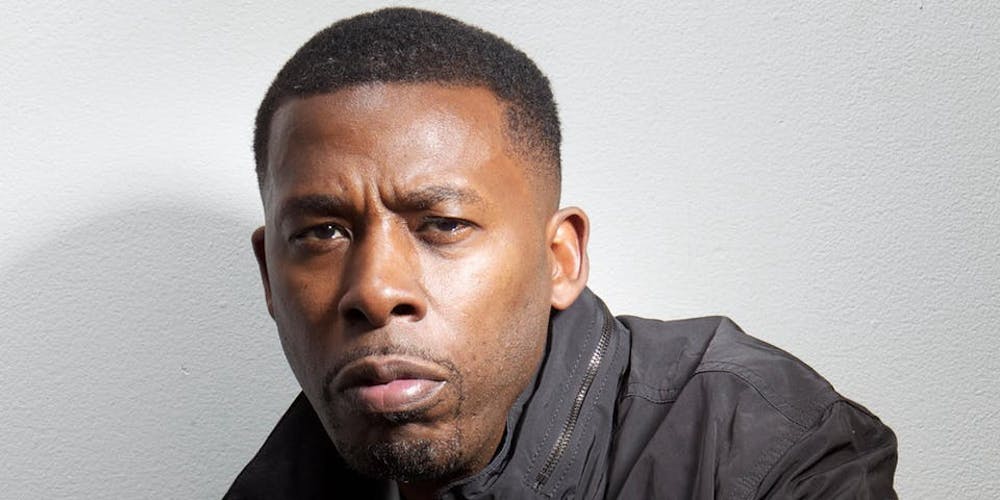 Follow Gza to get alerts about upcoming events and special deals!

Born in Brooklyn, NY and raised in every borough of New York City, The GZA's workmanship can be found three albums deep with classics dating back to 1991including the albums Words From The Genius, the gold-selling Liquid Swords and Beneath The Surface.

Without further ado, here are Gza top 10 tracks of all time:

5. Living In The World Today

10. On The Eve Of War (Julio Caesar Chavez Mix)

Born in Brooklyn, NY and raised in every borough of New York City, The GZA's workmanship can be found three albums deep with classics dating back to 1991including the albums Words From The Genius, the gold-selling Liquid Swords and Beneath The Surface. Before his days of microphone notoriety, GZA found himself, during the early ages of rap music,travelling throughout New York City sharpening his rap skills in scattered rhyme battles. "I've studied rap in every borough," the GZA says proudly. "I've been rhyming before a lot of these cats out here were born. We've [Wu Tang Clan] always drank, ate and slept hip-hop. I love it." On his latest blockbuster album Legend Of The Liquid Sword, The GZA makes reference to his hip- hop foundation onthe reflective Fam (Members Only) "I grewuparound B-Boys,DJs, MCs, through rap, never thinking in ways ofTV," the Genius raps. "It was strictly all about magnificent rhyme clout."

During GZA's travels, he encountered other rap veterans that recognized his promise and helped to nurture his talent. "I watched a lot of people come up that are big now," Genius says earnestly. "I used to make demo tapes with cats that rocked with Russell Simmons and people like that. The history goes so far back; I've always been really focused on writing dope rhymes."

The GZA's dream of perfection has been realized once again on his fourth album to date. Legend Of The Liquid Sword not only regains the powerful momentum started by the last three releases, it adds to the Genius' verbal legacy withuncompromising integrity. Heat-seeking darts like the introspective, AutoBio where GZA breaks down the elements of his life that created the manhe is and the crime thriller Luminal.

What has always set The GZA apart from the ordinary is his ability to create complex images with simple context. In the same way it's said that a picture is worth a thousand words, Genius assembles his words to create thousandsof vivid pictures. "I don't like to just be simple," he explains. "Even though some of my stuff can seem simple at times, I like to write in a way that when you listen to it over and over again, you hear something newand it requires you to think." Legend Of The Liquid Sword does just that. Whether the listener gets captured by the vocal acrobatics of Santi White (who has written songs for Res) on GZA's Stay In Line or the authenticold school soul production on the masterpiece Animal Planet, Genius weaves satisfying brain food through his lyrics. In his phenomenallycerebral use of metaphors, The Genius flawlessly equates human city dwellers to animalsin the jungle on Animal Planet, which was produced by rhythm doctor Bink (who has produced heavyweight joints for Fat Joe, Nate Dogg, Mr. Cheeks and Faith Evans). With beats by fellow Wu Tang brother RZA, Jaz-O (Jay-Z's Reasonable Doubt album), DJ Muggs (who has produced for Cypress Hill, Mobb Deep), Wu producer Mathematics (Ol' Dirty Bastard, Method Man, Sunz of Man), Arabian Knight and other sonic masterminds, GZA's talents come across even heavier. On the adrenaline raising Hip Hop call to arms, Knock,Knock (the album's shining debut single), The GZA asks on the chorus, "knock, knock, who the f*** is banging at my door, is it abstract, commercial or hardcore?" In his signature way of ill rhyme construction, GZA further defines the parameters of what rap music should be.

Don't call GZA's comeback just a comeback, it's a return of an entirely revolutionary thought process. "When we did Back In The Game on the Wu-Tang Iron Flag album, I did a verse about gambling," he explains solidly. "I didn't want to be 'back in the game' or 'back on the block,' that's typical. I made it all metaphorical." It's those same metaphors that makes the Genius' liquid sword a living legend in it's own time

No upcoming events with Gza