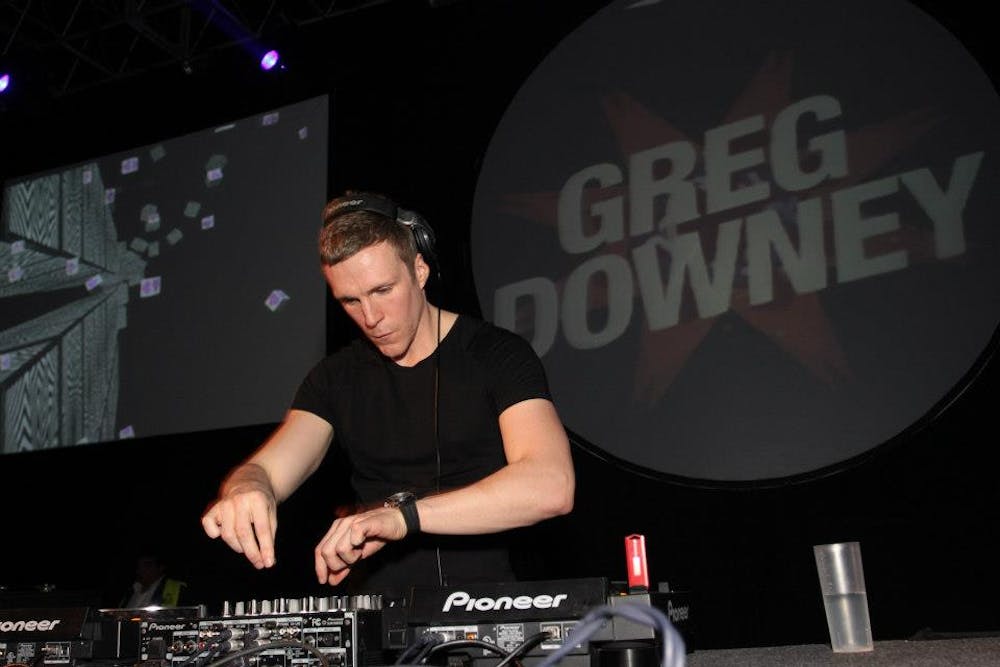 Follow Greg Downey to get alerts about upcoming events and special deals!

Having graced the decks on almost every continent, the Belfast born Greg Downey is no amateur when it comes to the art of DJing.

Greg Downey has performed in venues such as: The Church, Avalon, The Circle, Halcyon, Womb

Without further ado, here are Greg Downey top 10 tracks of all time:

Having graced the decks on almost every continent, the Belfast born Greg Downey is no amateur when it comes to the art of DJing. Having impressed the promoter of Gategrasher while playing at an afterparty in Ibiza, Greg was asked to play at Space the following week. Very shortly afterwards, Greg broke through the UK trance scene playing at major shows such as Gatecrasher, Godskitchen, Slinky, Inside Out, Goodgreef, and Passion. What was every aspiring DJ’s dream to travel the world soon became a reality for Greg. He was crisscrossing the globe flying from New York City to Sydney to Ibiza to Shanghai to Buenos Aires to London playing to massive crowds.

Greg recorded his first “Live As album” on Discover from the mega Planet Love festival in Northern Ireland, which captured Greg's energy as a DJ and was featured as "Album of the Month" in Mixmag. Soon the prestigious BBC Radio One came calling and Greg appeared as a guest on Eddie Halliwell’s radio show. It came as no surprise when Greg was voted into DJ Mag Top 100 poll coming in at number 82. This was a huge accomplishment for such a young talent.

As Greg’s DJing career was taking off, so were his productions. Catching the attention of John Digweed with his remix of “Heaven Scent”, Greg solidified himself as a producer when his remix claimed the number one spot on Beatport for over a month. His remix was championed by Sasha, Eric Prydz, Paul van Dyk, Tiesto, Armin Van Buuren and John Digweed. Greg was then snapped up by Paul van Dyk for his label Vandit. His first release “Stadium” was a huge success which became Mixmag's Cream Ibiza anthem of 2008. Greg was also chosen by Paul van Dyk to remix his track “New York City” which appeared on his “Hands on In Between” album.

Working tirelessly in the studio, Greg started to produce hit after hit. His track “Global Code” on Vandit was featured in every Paul Van Dyk’s set for close to a year and his following single Show Time for Dutch heavy weights Spinnin was No. 2 on Beatport. Having teamed up with the lead singer Paul Draper from Mansun in 2010 to remake their classic track “Wide Open Space," it became the track of the year having crossed over to daytime Radio One with support from Scott Mills and Vernon Kay and was chosen by Mixmag as their tune of the month. This track was later snapped up by major label EMI for a full release.

2011 saw Greg up the game once again when his remix of Everything But The Girl – Missing was signed to Warner Music. Greg’s mix was released alongside Fedde Le Grand’s and reached No. 1 on Beatport and was No. 1 on Australia’s leading radio station Radio Metro. Greg had three more top ten hits with Spinnin' Records, Knight Moves , Game Face and Sunrise. Greg and Simon Patterson teamed up with English vocalist Bo Bruce to create the anthem “ Come To Me," this was an instant Ibiza anthem at Amnesia and Space and across the globe.

Wanting to explore the darker side of his sounds, Greg developed his R.I.C.O alias to bring out the deeper underground techno sound. As Greg explains, “I think it’s good to try new things and to develop yourself in the studio, I love growing as an artist and developing,” after receiving great feedback from fans and fellow DJs of the tracks released under the R.I.C.O alias. Game Face and Afraid Of The Dark have been firm favourites of Markus Schultz featuring on his Global DJ Broadcast show several times. Greg’s diversity also saw him snapped up by Gareth Emery’s Garuda for his debut release with Crazy For You in 2012.

Supported regularly by the likes of Armin van Buuren, Gareth Emery, Paul van Dyk, Ferry Corsten, Sander van Doorn, Above and Beyond, Greg's many achievements, alongside his outstanding technical ability will ensure he continues to reach great heights.

No upcoming events with Greg Downey