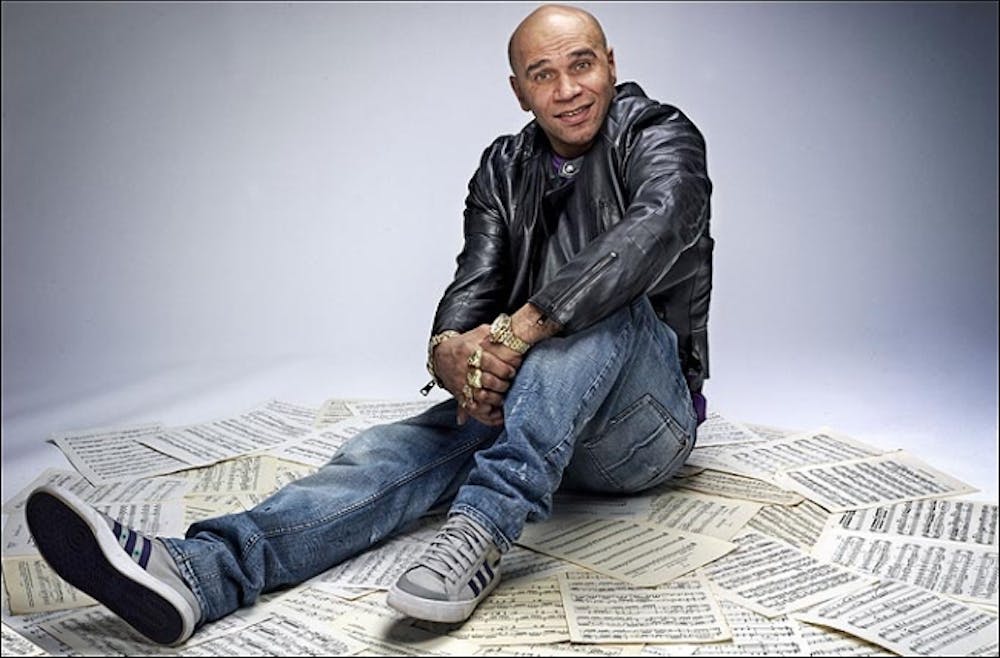 Follow Goldie to get alerts about upcoming events and special deals!

Without further ado, here are Goldie top 10 tracks of all time:

3. Funking With My Head

Clifford Price, better known as Goldie (born September, 1965 in Wolverhampton) is a British electronic music artist, disc jockey, and actor. As a musician he works mainly within the jungle and drum and bass genres, and has helped to promote these styles globally.

In 1992 he collaborated with Icelanders Thorhallur Skulason and Sigurbjorn Thorgrimsson on his first track as Ajax Project while he was doing some design and A&R work for 4 Hero's Reinforced label.

His releases Killa Muffin b/w Krisp Biscuit and the Dark Rider EP (featuring the classic Menace) were put out under an early moniker Rufige Cru on Reinforced.

His track Terminator recorded under the name Metalheads in 1992 was a huge hit. In 1993 he released another classic 12" on the Synthetic Hardcore Phonography label, Angel. 1994 saw him setting up his own record label, Metalheadz. The label was a huge success releasing some of the most important 12"s of that era and remains hugely successful and respected to this day.

His first globally released album, Timeless, followed in 1995. Timeless shot straight into the album charts at number seven, which was a first for a drum 'n' bass record. The album fused the breakbeats and basslines common in jungle with orchestral textures and soulful female vocals. The album's title track was a 21-minute symphonic piece. Inner City Life from that album sold over 15,000 copies on vinyl.

With his reputation firmly established, he released his second album in 1998, Saturnzreturn. The album's opening track, "Mother" is also an hour long orchestral drum and bass piece. The remainder of the album features appearances by David Bowie, Noel Gallagher of Oasis, and KRS-One.

In late 2005, Goldie`s new album The One Tempus appeared.

No upcoming events with Goldie