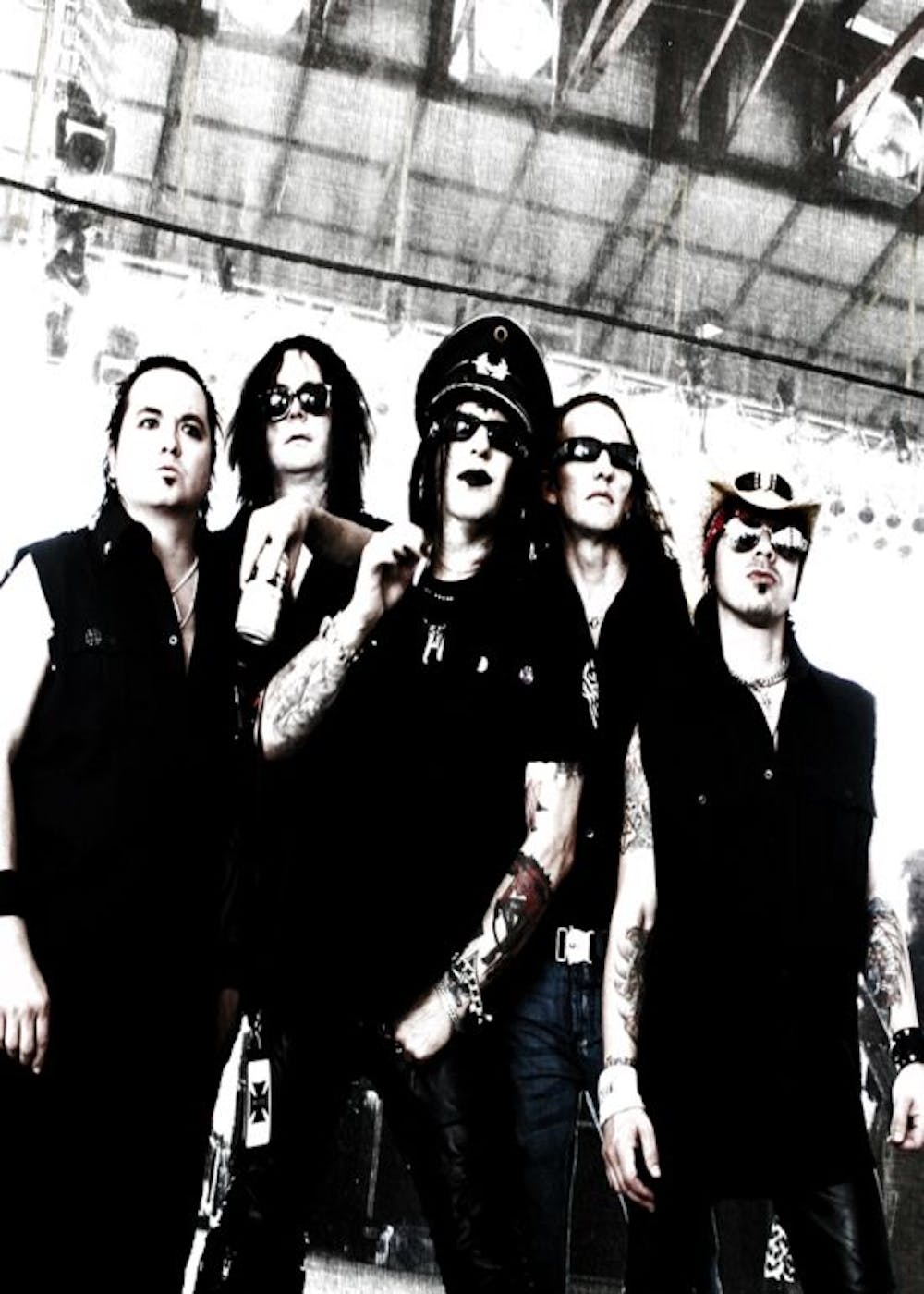 Follow Faster Pussycat to get alerts about upcoming events and special deals!

Without further ado, here are Faster Pussycat top 10 tracks of all time:

4. Slip of the Tongue

Faster Pussycat was formed out of the streets of Hollywood, California, with Taime Downe (vocalist), former co-owner of the Los Angeles club, The Cathouse, Brent Muscat and Greg Steele (guitarists), Eric Stacy (bassist), and Mark Michals (drummer). With their name derived from Russ Meyer's movie Faster, Pussycat! Kill! Kill!, the band signed to Elektra Records in December 1986. Faster Pussycat (1987), was recorded on a low budget, with Poison producer Ric Browde, and was an infectious collection of Aerosmith/Rolling Stones influenced material, with the band's sense of humor shining through in "Bathroom Wall," "Don't Change That Song" and "Babylon."

A UK tour with Guns N' Roses and U.S. dates with Alice Cooper, David Lee Roth and Motorhead helped to build respectable album sales, and the band had matured considerably by the time they recorded Wake Me When It's Over (1989), with John Jansen. This buried the "glam" image under a heavier sound and greater lyrical depth, with "Pulling Weeds," addressing the abortion issue, while the emotive "House of Pain" examined the trauma of divorce through a child's eyes. The humor still permeated through, however, on "Slip of the Tongue" and "Where There's A Whip There's A Way." Michals left in disgrace, jailed on drug charges, on the eve of a European tour with the bands Almighty and Dangerous Toys, and Frankie Banali filled in before Brett Bradshaw assumed the drum stool for further U.S. touring with Kiss and Motley Crue. Whipped (1992), showed further progression and a different approach, but emerged into a much-changed musical climate. Despite the quality of the album, Faster Pussycat fell victim to a combination of the recession and the success of the Seattle bands. Ironically, Downe was a Seattle native. Elektra dropped them while they toured America with Kiss. After selling well over a million records worldwide, and an eight-year career, the band played its final show together on July 6, 1993 in Japan. In the years ahead, Taime would work with PIGFACE and, eventually form his own band 'The Newlydeads.' Brent Muscat made records with Phil Lewis and joined L.A. Guns on guitar for a summer tour.

Fast forward to 2001: Faster Pussycat reformed for a summer tour with original members Taime Downe, Brent Muscat and Greg Steele in tow. The summer tour also marked the introduction of three new members, who did double duty playing in Taime's project 'The Newlydeads.' Bassist Danny Nordhal (The Throbs, NY Loose, Motochrist), Chad Stewart on drums (Coyote Shivers, Motochrist), and Xristian Simon on guitar, rounded out the new line-up. Before the tour was complete, Steele left the band, and they continued on as a 5 piece

No upcoming events with Faster Pussycat