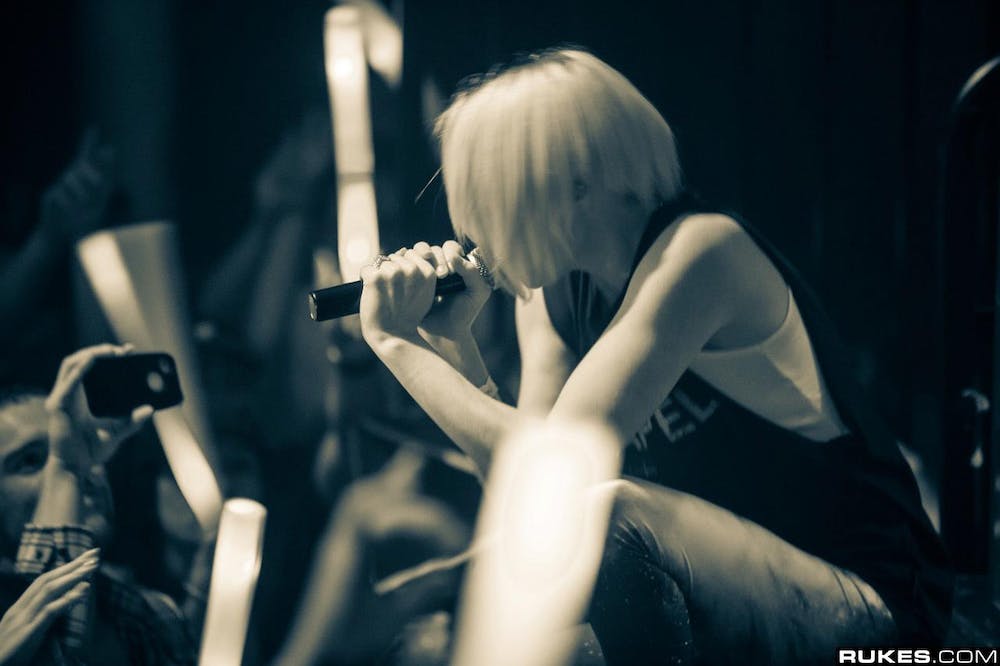 Follow Emma Hewitt to get alerts about upcoming events and special deals!

Few voices are as instantly recognizable as that of Australian born songstress, Emma Hewitt. Hewitt’s haunting melodies, yearning lyrics and distinctive style have earned her a legion of passionate fans around the world as she continues to write and release music with some of the world’s most respected names in electronic dance music. The journey began back in the Australian town of Geelong, Victoria where Emma would perform acoustically around the region through her teenage years.

Without further ado, here are Emma Hewitt top 10 tracks of all time:

Few voices are as instantly recognizable as that of Australian born songstress, Emma Hewitt.

Hewitt’s haunting melodies, yearning lyrics and distinctive style have earned her a legion of passionate fans around the world as she continues to write and release music with some of the world’s most respected names in electronic dance music.

The journey began back in the Australian town of Geelong, Victoria where Emma would perform acoustically around the region through her teenage years. “Music was a form of escape for me and not something I ever consciously set out to follow as a career path. I was always inspired to ask questions; of myself as well as others and I guess over time those questions just sort of grew wings and turned into songs”.

Those songs led to an early record deal with Sony Music for her project ‘Missing Hours’. The relationship was brief, but provided Emma with an invaluable insight into the music industry setting the stage for things to come. “I was never very comfortable that first time around – I felt as though I was trying to figure out what I wanted to say and who I wanted to be with a lot of different people watching on through a microscope. The over analyzing didn’t make sense to me as I just wanted to write songs that might mean something to people – and all of a sudden these things I’d never really considered like marketing strategies and budgets became more important to the people around me. I was out walking with my brother one day and I had this epiphany and just said, ‘screw it’ – I want to burn this all down and dream it back to life the way I had imagined it. I wanted to give the songs the respect I felt they deserved”.

And dream it back to life she did. Emma’s very first EDM collaboration with UK heavyweight Chris Lake yielded the worldwide smash ‘Carry Me Away’ knocking Britney Spears out of the #1 position on the U.S Billboard Chart (Hot Dance Airplay) going on to spend over 50 weeks in the Top 100.

From there, Emma teamed up with German icons Cosmic Gate for the classic anthem ‘Not Enough Time’ and Dutch superstar DJ Dash Berlin for the mega hit, ‘Waiting’. ‘Waiting’ firmly cemented Emma Hewitt’s reputation as a serious international talent earning Hewitt many accolades including a #1 on the Global Trance Charts, #2 on the illustrious A State Of Trance Annual Countdown and an International Dance Music Award (Best Euro/HiNRG Track) at the 2010 Winter Music Conference in Miami.

A string of #1 Beatport releases followed throughout a particularly fertile period in 2010 and with a wealth on new material, a new record label in Armada Music and a desire to push the creative envelope, Hewitt undertook the extraordinary measure of producing her debut artist release as a double album project. “My only real goal with the album was to be faithful to the songs regardless of style or genre – I guess with the double sided concept, I just wanted to give as much music as I could back to whoever wanted or needed to hear it. I also wanted this album to show some of the different sides to my personality”.

Produced by Lee Groves (Goldfrapp, Marilyn Manson, Depeche Mode), ‘Burn The Sky Down’ was an instant favorite with fans around the world debuting in the Top 10 on the ITunes dance charts in seven different countries fusing electronic beats with ambient soundscapes, and live instrumentation with Hewitt’s inimitable vocal style at the fore.  On the flip side the remix album features some of the world’s most respected remix artists including Armin van Buuren, Grammy nominated Morgan Page and Cosmic Gate amongst many others.

An extensive touring schedule throughout 2012 has included sold out solo performances right across the globe in over 25 countries as well as appearances on the major EDM festival circuit around the world where Hewitt is often known to leave the stage, microphone in hand, to join the revelers in the arena below.

“The energy and generosity of spirit of the people I meet everywhere I perform is what inspires me to make music and through the music, we share a bond even if we may never have met. As long as there is a single person who may find something they are looking for or a feeling they need in my music, I will continue to write for that person”.

A world away from the humble beginnings of her coastal hometown in Australia, Hewitt’s enthusiasm and relationship with her audience is something to behold and as she takes the stage, one line echoes out perfect summing up the Emma Hewitt journey so far;

“The beauty of the ride…”

No upcoming events with Emma Hewitt