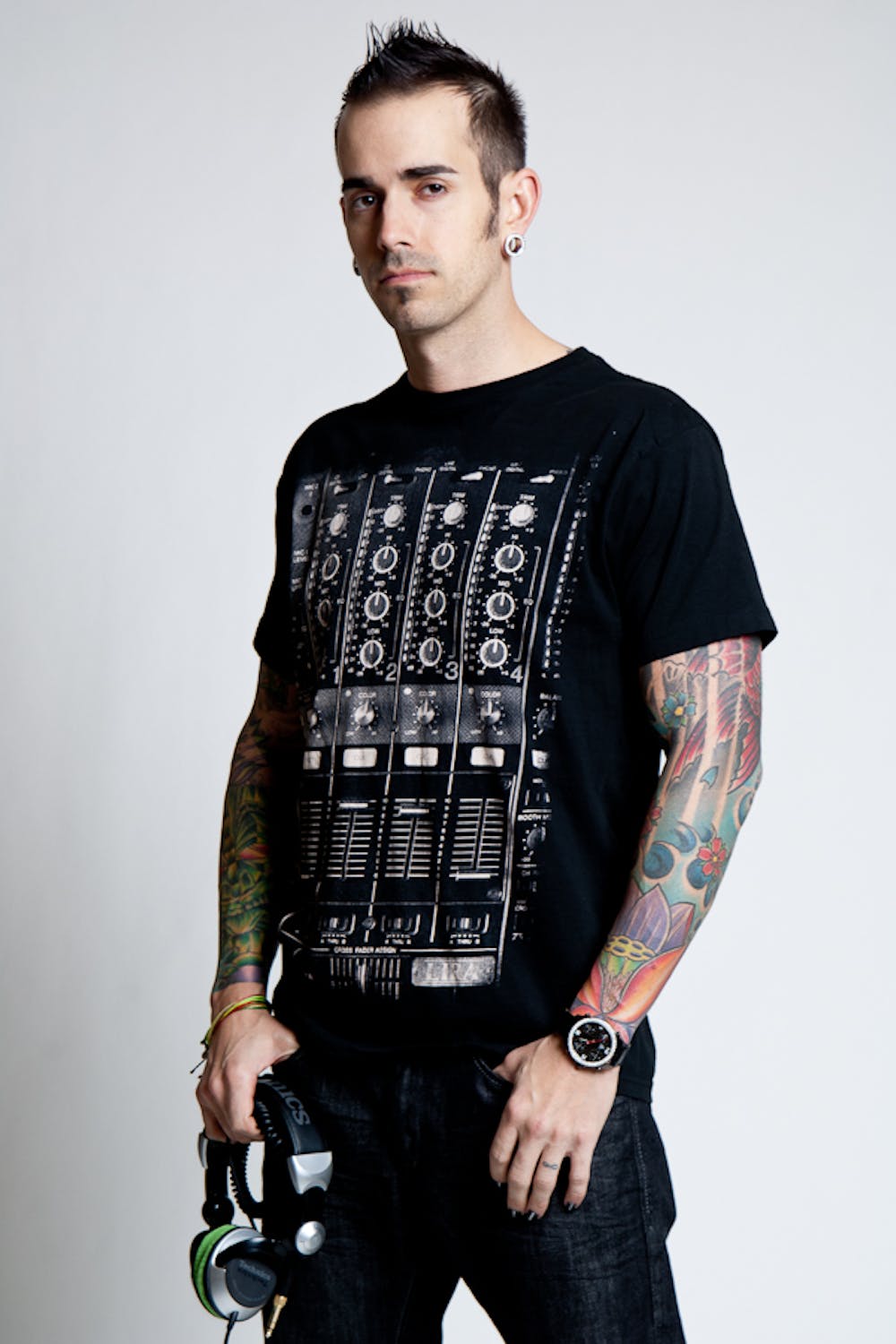 Follow DJ Shift to get alerts about upcoming events and special deals!

DJ Shift has played in major festivals like Blended Festival

Without further ado, here are DJ Shift top 1 tracks of all time:

“Shift”, meaning change, suits his personality perfectlywhen talking about his turntable tastes. But no matter what you call him or whetheror not you’ve ever seen him perform one thing is known byall, when he’s in the vicinity you will surely know it. A triple threat of DJ talent,personality, and fashion sense DJ Shift has become a member of a class, all hisown. Hailing from Las Vegas, Nevada Shift has rightfully established his placeas the resident DJ at the world’s largest pool party, better known to all ofyou as REHAB in the Hard Rock Hotel. Summer, 2012 marks his seventh consecutiveseason as the anchor resident DJ. But that’s not where it ends. He also resides,four years and running, at Wet Republic located in the MGM Grand Hotel forMaxim’s Hot 100 Contest, as well as, Pure nightclub in Ceasars Palace twice aweek for the last five years. The Las Vegas Spin Awards awarded Shift the crownof “Best Main Room DJ” of 2012, quite the significant nod in a nightlifepowerhouse like Las Vegas. Additionally he was awarded “Best Pool DJ” for 2010and 2011, as well as “Biggest Following” in 2010.

Now when he’s not tearing it up inthe city of lights he also jet-sets all the top entertainment meccas that thiscountry has worth mentioning (LA, San Diego, San Francisco, Chicago, NYC,Miami). 2012 marks his third year running with a continuous residency in theBay, currently at the Grand. He may even be found enjoying the sandy beaches ofCabo at Pink Kitty or somewhere in the Virgin Islands shuttin’ it down for themasses. But no matter where you see him it’s guaranteed to be a night toremember so come prepared.