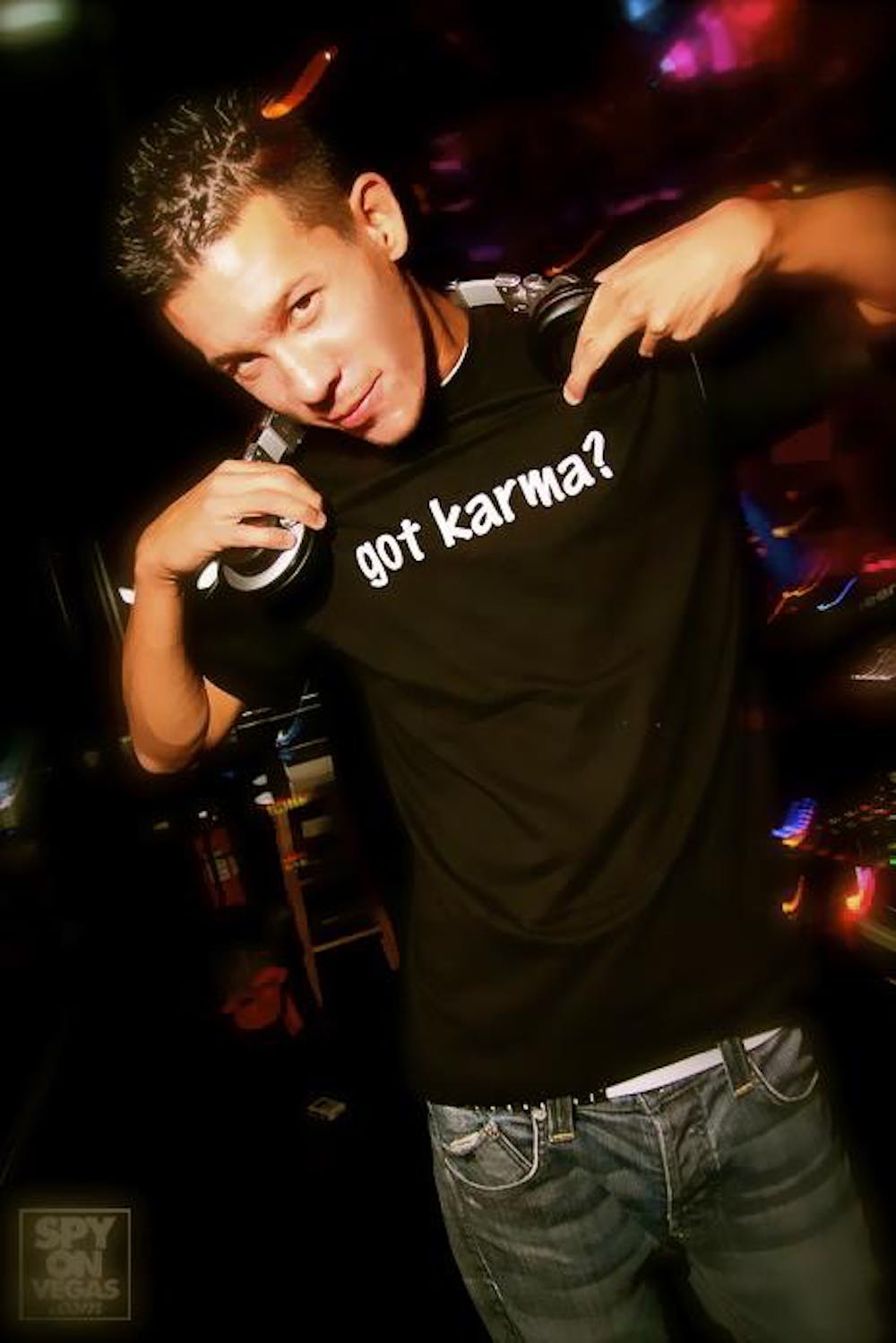 Follow DJ Karma to get alerts about upcoming events and special deals!

Born, raised, and currently residing in Las Vegas, Nevada, DJ Karma has rapidly become a local celebrity and a major force within the world of nightclub and radio DJs.

Without further ado, here are DJ Karma top 2 tracks of all time:

Born, raised, and currently residing in Las Vegas, Nevada, DJ Karma has rapidly become a local celebrity and a major force within the world of nightclub and radio DJs. In a city of fierce competitors with a constantly evolving nightlife, Karma has managed to maintain his stance as one of the key players in the industry. Having started his journey to become an accomplished DJ and musician at the age of 14, he has continuously honed his skills and developed his own distinct sound and style that has perpetuated his success over the years. If there is one thing to be said for DJ Karma, it is that he is a master in his chosen craft, and this quickly becomes evident to anyone that happens to be in his audience. He breathes life into whatever room he spins in, be it a swanky ultra-lounge or a world class mega club. His extensive resume spans a multitude of venues and a variety of events. He has held resident disc jockey positions at many of nations' finest hotspots, such as Pure Nightclub, Tangerine Lounge, Ice Meta Club, Seven and the Palms Hotel to name a few. His traveling experience has expanded his popularity beyond the Las Vegas boarders into numerous states across the nation, including California, New York. Arizona, and Washington, just to name a few. He has personally spun with and opened for some very famous colleagues including: Grand Master Flash, DJ Jazzy Jeff, Mark Ronson, DJ AM, Lil' Jon, Jermaine Dupree, Nick Cannon, Kid Capri, Biz Markie, DJ Riz, and Sky Nellor. Beyond club experience, he has worked countless fashion shows for major designers such as: Ed Hardy, Versace, Christian Audigier, La Pearla and George Marciano. The private parties he has showcased reads as a literal celebrity A-list (i.e., Jay-Z, Justin Timberlake, , Nelly Furtado, Paris Hilton, UFC and more). Whether it be Hip Hop, Rock, House, Reggae, Funk, Soul, Old School or any other genre of music, his versatility and ability to seamlessly mix anything the mood may call for is what sets him apart from the rest. As accomplished as his track record states, there is no indication of slowing down anytime soon. DJ Karma's current Las Vegas residencies include Friday, Saturday & Monday nights at Prive(The Opium Group), and Sunday nights at The Bank(Light Group). With his residual time, he utilizes it perfecting his scratching/ mixing skills, producing original beats and music, and creating his own mash-ups and remixes. A perfectionist in every sense, his refusal for complacency and passion for music has driven his career this far and affords him continued success with even more to come.