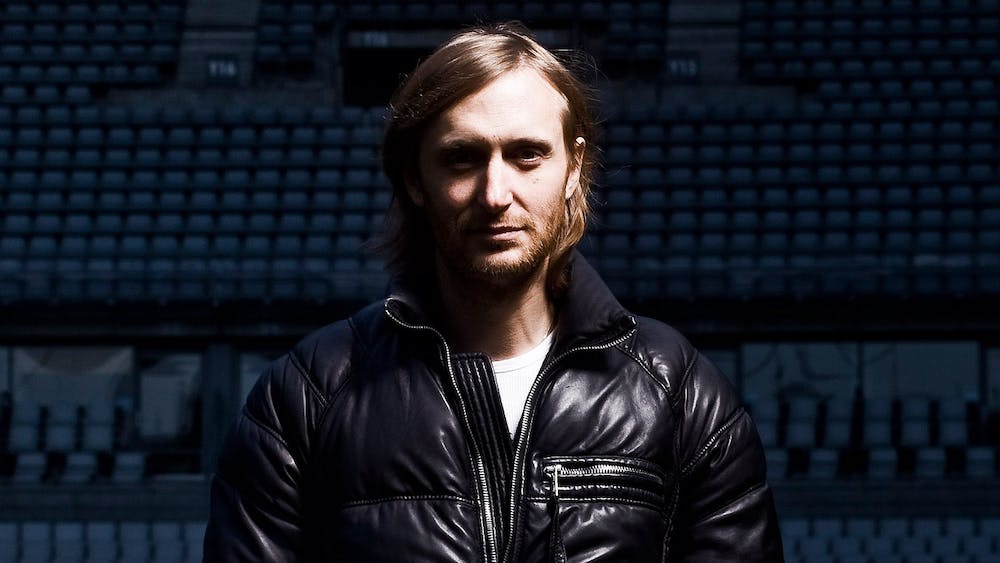 Follow David Guetta to get alerts about upcoming events and special deals!

With 2009’s multi-platinum One Love, two-time-Grammy-winning artist/producer/DJ David Guetta cemented his status as a genre-busting hitmaker whose in-your-face fusion of electro and hip-hop beautifully warps the pop landscape.

Without further ado, here are David Guetta top 10 tracks of all time:

With 2009’s multi-platinum One Love, two-time-Grammy-winning artist/producer/DJ David Guetta cemented his status as a genre-busting hitmaker whose in-your-face fusion of electro and hip-hop beautifully warps the pop landscape. Now, with his fifth studio album Nothing But The Beat, Guetta builds on that breakthrough momentum and takes his decades-spanning career to a frenetic new level marked by bigger hooks and more brain-bending beats. A star- packed powerhouse showcasing today’s hottest hip-hop and R&B artists, Nothing But The Beat backs up its high-gloss pop with ingenious electronic stylings that deftly flaunt Guetta’s DJ pedigree. In a nod to the driving force behind Guetta’s crossover success, the double album (due out August 29) also offers an all-instrumental disc designed to turn new listeners on to the hypnotic sound of house music.

One of the most wildly anticipated albums of the year, Nothing But The Beat comes hot on the heels of the rush release of its first smash single, “Where Them Girls At” (featuring Flo Rida & Nicki Minaj). Already his fasting selling single to reach gold status in the USA, the dizzying and deadly catchy “Where Them Girls At” marks a one-time return to the straight-up club-anthem sensibility of Guetta’s “Sexy Bitch” (the 2009 monster hit that moved 5 million units worldwide). “When I listen to the radio in the U.S., every song sounds like ‘Sexy Bitch,’” says Guetta. “The urban dance thing has become huge. Now I have to push it because my sound has become so popular. It’s a challenge, but I like that.”

For help in blowing up those musical boundaries, Guetta assembled an A-team of collaborators sure to thrill enthusiasts from all ends of the pop spectrum. Nothing But The Beat features no fewer than 17 guest artists, from hip-hop royalty (Snoop Dogg, Ludacris, Timbaland) and game-changing rappers (Minaj, Lil Wayne) to R&B superstars (Usher, Chris Brown, Akon) and breakout pop acts (Dev, Jessie J). Rounded out by Jennifer Hudson, Flo Rida, Taio Cruz, Sia, and Guetta’s “fellow mad scientist” Will.I.Am., that roster was carefully culled to guarantee a filler-free album destined to deliver hit after hit. “I produced about 40 songs to get these 13 records together,” Guetta explains. “I wanted every song to be huge, phenomenal.”

Ever experimental, Guetta transports his collaborators to previously unexplored sonic spaces all throughout Nothing But The Beat. On “Sweat,” for instance, Guetta remixes one of his most prized DJ records as a stark, synth-heavy electro-hop track that spotlights Snoop Dogg’s strikingly sleek vocals. Elsewhere on the album, guest artists match Guetta’s ingenuity with their own brand of beamed-in-from-another-dimension whimsy and weirdness. Just as “I Can Only Imagine” alternates shimmering, buoyant beats with wildly skidding synth, the track continually trades off Chris Brown’s warm melodies with the lyrical mischief- making of Lil Wayne (whom Guetta dubs “a big genius”). And on “I Just Wanna F,” Timbaland and Dev play a deliciously dirty version of the alphabet game while Guetta lays down a densely textured groove that makes this futuristic fever dream one of the album’s most irresistible moments.

At the heart of Nothing But The Beat is a selection of soul-stirring songs that reveal the spirit behind Guetta’s gorgeously crafted beats. With all the passion and power of an old-school dance anthem, “Night Of Your Life” shows off Jennifer Hudson’s heavenly voice and remarkable range. On the slow-building “Without You,” Usher opens with achingly vulnerable vocals that soon swell into a soaring, sweeping performance ultimately backed by delicate piano work. “It’s possibly the biggest track on the album,” says Guetta of “Without You.” “It’s a monster—so big, so emotional.” In a one-two punch, Guetta follows “Without You” with the equally wistful opening moments of “Nothing Really Matters”—then turns it all around and elevates the Will.I.Am-led track into an escapist party jam. “I love playing with both worlds,” says Guetta, noting the bold disparity between the “crazy electro-beat and the super-sophisticated string arrangement” on “Nothing Really Matters.” To close out Nothing But The Beat, Guetta taps into the otherworldly vocal prowess of Australian indie-pop star Sia. Ethereal yet anthemic, “Titanium” enchants the listener with trance-inducing beats and a lyrical intensity unrivaled on the pop scene today.

Switching gears for the 10-track accompanying disc, Guetta reconnects with his electro roots and primary fan base. “I didn’t want people who’ve been following me for years to feel left out,” says Guetta. “I feel like if I lose my original fans, it’s over. Without those people that inspire me, I’m just another pop producer.” From tripped-out techno to drum-driven dubstep experiments to raw and riotous dirty house, the instrumental element of Nothing But The Beat illuminates Guetta’s

virtuosity as a DJ—an art he continues to hone and expand even as he racks up chart-topping records. That evidence of Guetta’s remaining firmly rooted in club culture will no doubt satisfy longtime electronica devotees, while at the same time ushering a whole new audience into the dance-music underground. “Because I’m a DJ first, I wanted to use my success to introduce newer fans to what my culture is about and where my inspiration comes from,” Guetta notes.

That sizable success isn’t nearly limited to Guetta’s work as a recording artist and DJ. In addition to selling more than 5 million albums worldwide since his 2001 debut, Guetta acted as producer on the Black Eyed Peas’ “I Gotta Feeling” (the highest-selling digital release in music history). Along with his two Grammys (one for his remix of Madonna’s “Revolver” in 2011, the other for his remix of One Love’s “When Love Takes Over), Guetta took home the Best DJ, Best Producer, and Best-Selling French Artist prizes at the 2010 World Music Awards. And having kicked off his DJ career as a teenager in his native France, Guetta also partners with his wife Cathy on promoting duties for the legendary F*** Me I’m Famous dance parties (held in locations like Ibiza, Miami, New York, and Las Vegas since 1995). “It doesn’t matter if I make a beat that’s going to be a song on the radio, or if I make a record that’s meant to please DJs,” Guetta says of continuing to bridge the gap between electronic and pop on Nothing But The Beat. “I always just think of making people dance—that’s my first priority.”