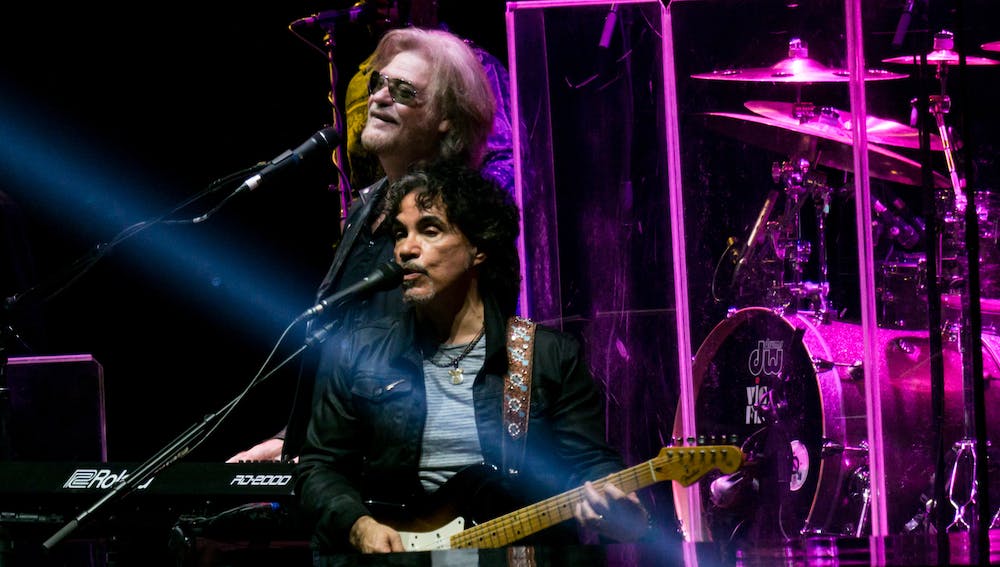 Hall & Oates are an American pop rock duo formed in 1970 in Philadelphia.

Hall & Oates are an American pop rock duo formed in 1970 in Philadelphia. Daryl Hall is generally the lead vocalist; John Oates primarily plays electric guitar and provides backing vocals. The two write most of the songs they perform, separately or in collaboration. They achieved their greatest fame from the mid-1970s to the mid-1980s with a fusion of rock and roll and rhythm and blues.

Hall and Oates have sold an estimated 40 million records. They have had six No. 1 hits on the Billboard Hot 100: "Rich Girl", "Kiss on My List", "Private Eyes", "I Can't Go for That (No Can Do)", "Maneater", and "Out of Touch". Other Top 40 hits include "You Make My Dreams", "She's Gone", "Say It Isn't So" and "Sara Smile". In total, they had 34 chart hits on the US Billboard Hot 100, seven RIAA platinum albums, and six RIAA gold albums. Billboard magazine named them the most successful duo of the rock era, surpassing Simon & Garfunkel and the Everly Brothers. They have achieved moderate success in the United Kingdom with two UK top ten albums, spending a total of 117 weeks in the UK top 75 album charts and 84 weeks in the top 75 of the UK Singles Chart.