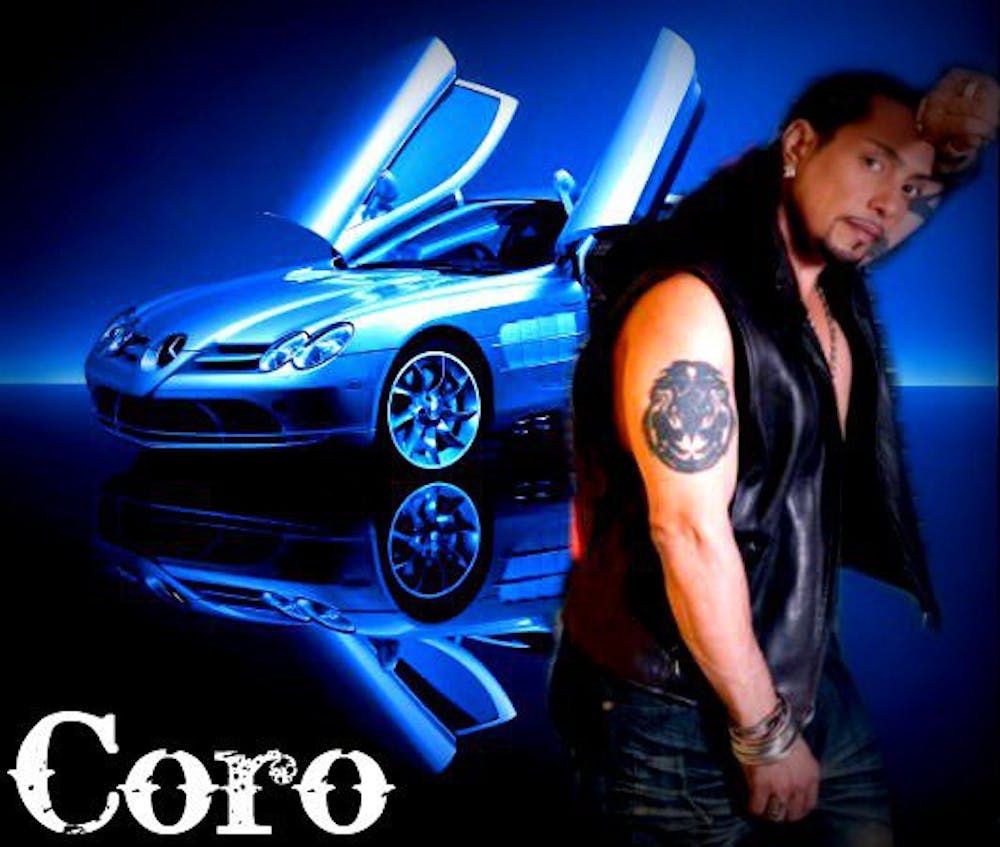 Follow Coro to get alerts about upcoming events and special deals!

Coro has been dubbed a legend in the dance music business.

Without further ado, here are Coro top 10 tracks of all time:

1. Because the Night - Radio Edit

3. Where Are You Tonight

10. There's Something Going On - Powerful Version

Coro has been dubbed a legend in the dance music business. Through his hard work and determination, Coro has succeeded in releasing high-quality dance music that quickly became known as "Classic".

Coro has been dubbed a legend in the dance music business. Through his hard work and determination, Coro has succeeded in releasing high-quality dance music that quickly became known as "Classic". Born to... a Dominican mother and Cuban father and raised in Miami.

Coro was introduced to pop/dance artist Stevie B. Shortly thereafter, Coro began working as a background vocalist and dancer on Stevie B.'s first tour. Once the tour ended, Coro moved to New York where he auditioned for producer Zahid Tariq. The song he was asked to sing was "Where Are You Tonight".

"Where Are You Tonight" became a huge hit in many mainstream markets around the U.S., Canada, and the U.K., reaching top 25 on Billboard's Club Chart, and ..1 on DMA's Dance Chart. Three follow-up singles, "Can't Let You Go", "Fallen Angel", and his ballad "Missing You" on Charisma/Virgin Records were released on his self-titled album in 1992.

Coro has continued recording and releasing singles on Cutting Records. In addition to releasing "Shadow", which was a Euro-Dance track produced by Wilson Yepez.

Coro has been laying down tracks for an upcoming album.
Joining his contemporaries such as Marc Anthony, George Lamond, Brenda K. Starr and India, in the contemporary market.

Coro will undoubtedly prove he is capable of conquering any market and style of music he chooses. He recently was asked by WKTU Radio Promotion Events Coordinator to collaborate with Crystal Waters, Jana, Tina Ann, Reina, and Rich Luzzi for a remake of "Whiter Shade of Pale" for Beatstock, 2002 with over 40 hits a week. When the album in completed it could consist of dance, R&B, Latin and pop sounds.

Coro will tour and simultaneously head back into the studio to continue work on the follow-up album "Sexy Lady" (of which samples could be heard here.) Sure to gain many new fans from all his current endeavors, Coro will continue to entertain with his smooth voice, well-choreographed live shows and his willingness to give all that he has to his loyal and new audience. Coro has the stuff legends are made of.