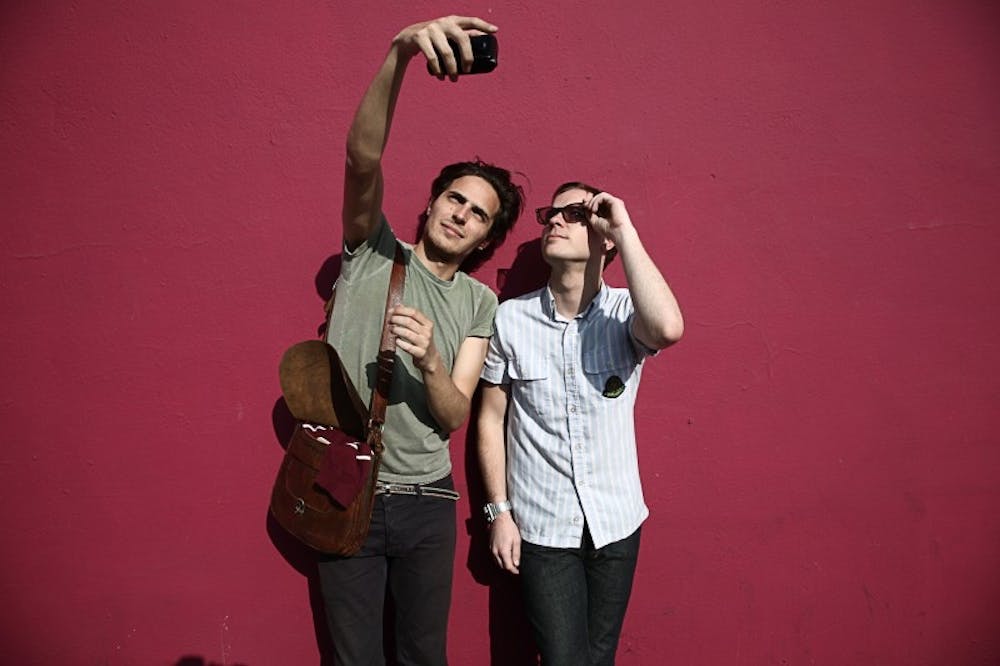 Follow Classixx to get alerts about upcoming events and special deals!

Outside a basement apartment in Echo Park, Los Angeles, a line was beginning to spill over from the complex into the adjoining street.

Classixx has upcoming events in Academy

Without further ado, here are Classixx top 10 tracks of all time:

Outside a basement apartment in Echo Park, Los Angeles, a line was beginning to spill over from the complex into the adjoining street. With countless bars, clubs and venues to choose from, hundreds of people regularly descended here for Hush Hush, the semiregular party started by producer/DJs Michael David and Tyler Blake aka Classixx.

“We started throwing the party because no one else would book us,” says David. “Dance music was slowly starting to seep into Los Angeles culture. There was obviously this element missing in L.A. and maybe we could be a part of it.” It didn't last that long because I got evicted after a couple of months of doing it, adds Blake, laughing. &amp;quot;I was basically threatened with murder by my landlord, but it was definitely a great experience. Three years later, Classixx has become one of the most respected duos in dance music; a group equally adept at creating ubiquitous remixes and scene-creating DJ sets as their own funk-drenched house productions. With the Green Label Sound release of “Into the Valley,” a blissful, soul-dripping track recalling classic house and the best Larry Levan mixes, the group’s ascendency seems all but assured. Growing up in the Los Angeles suburb of Oak Park, David and Blake met in middle school, with the former soaking up everything from Guns N' Roses to New Age guitars while the latter was deep into West Coast punk.

I was a skate punk. Mike was a music dork, says Blake bluntly. I first found out I wanted to make music when I got Radiohead's Kid A. It made me either want to make music or stop making music forever.&amp;quot; When high school came, the pair began experimenting with drum machines and beatmaking before going their separate ways — Blake to the Berklee School of Music and David on the road as guitarist and keyboardist for a New Wave band. In 2007, two years after separating, the stars aligned and the duo found themselves both back in Los Angeles and inspired by DFA Records and dance groups such as Soulwax and Digitalism. “We were always sharing music online and we both loved the DFA sound,” says David. “They obviously listened to punk growing up, but they also had this disco sound that really impressed us.&amp;quot; Both original productions and remixes would follow, with subsequent DJ sets added that would soon become a major element of the group in its own right.

Things moved quickly from there. Remix offers came in. More and more DJ sets were booked. And Classixx never stopped working on its own productions. The uptempo “I’ll Get You” on Kitsuné Records and “No Strings,” produced for soul revivalist Mayer Hawthorne, showed different, yet equally compelling, aspects of the group, while remixes for Holy Ghost’s “I Will Come Back,” Mayer Hawthorne’s “Green Eyed Love” and Phoenix’s “Lisztomania” transcended insular circles and earned the duo international acclaim. It was the overwhelmingly positive response to the latter — Pitchfork called it &amp;quot;gorgeously pillowy synth-disco — that convinced the group they were on the right path. We didn't really have a great plan and I think, to a certain extent, we still don't,” says David. We just take one idea at a time. But with that track, we realized we could do this on our own terms and could make exactly what we wanted to make.

On “Into the Valley,” – the title a play on both the route to the group’s L.A. studio and the parallel spiritual themes on the track – Moroder-esque synths and vicious horn licks anchor the joyous, triumphant song as vocalist Karl Dixon exalts with the spirit and fire of a Baptist minister. “It was a really natural process,” says David. “It started out as ‘Let's just see what happens’ and in the end, I think it's pretty much exactly what we were hoping it would sound like. Obviously, there's still Classixx in there, but we wanted to be true to the sound that we were trying to achieve. Adds Blake: Karl's a renaissance man. He's a dentist, a preacher and a singer and he's got this Sly Stone voice on the song and we thought that was a great complement to it. The song is the latest offering from Green Label Sound, a record label started by Mountain Dew that has previously released tracks from The Cool Kids, Chromeo and MNDR. &amp;quot;It was win-win,&amp;quot; says David. We had a song and Green Label Sound supported us and allowed us to be able to do something we may not have been able to do otherwise. It's a great label to be a part of and they have a solid track record with all their past singles. As Classixx continue to work on their debut LP, David and Blake should have no problems filling dance floors, taking remix requests or working on their own productions in the near future. I really enjoy what we have right now,” says David. “We get to work with our friends and if one of us gets a weird idea, we're able to pursue it to whatever avenue it takes us.