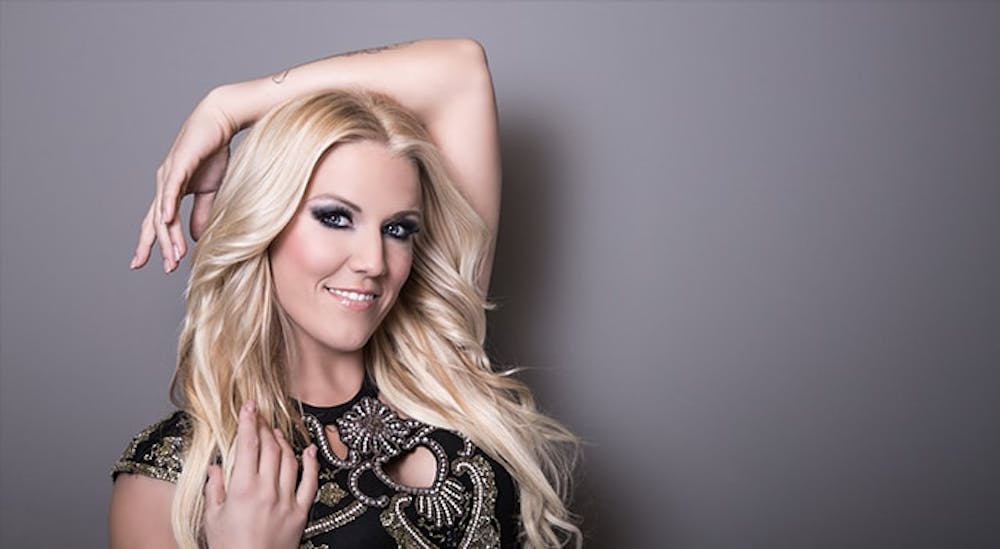 Follow Cascada to get alerts about upcoming events and special deals!

Cascada was born Natalie Horler in Bonn, Germany on September 23, 1981, and is of English descent.

Without further ado, here are Cascada top 10 tracks of all time:

Cascada was born Natalie Horler in Bonn, Germany on September 23, 1981, and is of English descent. As she explains it, "As my parents had moved from England to Germany a year earlier, I grew up here with them and my two sisters. My mother Christine is a foreign language teacher and my father David is a jazz musician with the WDR Big Band in Cologne. It is, of course, from him that I inherited my passion for music. He taught himself everything he knows from a young age, and has made such an enormous success of himself that I can only hope to achieve what he has today."

"When I was very young I would often do recordings in my father's studio at home, a lot of the time Jazz and Disney songs. I could never really say when I started singing. I just enjoyed it so much and I knew at a very, very early age that I wanted to be a singer. Also, I've always taken different kinds of dancing lessons, like step dance, jazz dance, hip-hop and street dance, and have acted in a few amateur plays as a teenager. As my father often directed the music of these plays, I also helped him with the vocal recordings and rehearsals. Next to dance music, I also love soul music and due to my father, I love jazz as well." When asked who she admires, Natalie answers, "I admire just about anyone who has a set of vocals to die for! Really, it doesnt matter who it is; if it's Alicia Keys, Mariah Carey, Lauryn Hill, Boyz II Men or just someone I happen to hear singing gospel music in church-- I'll listen and love it!"

On how Cascada came to be, Natalie explains... "At eighteen I started doing studio work. Here and there I'd record some tracks for different DJ's and that's how I ended up meeting Manuel Reuter (Manian) and Yann (Yanou). We did a couple of songs together and they soon became quite successful."

Besides artists like Celine Dion, Justin Timberlake, Rihanna, Shakira and Beyonce, dance pop sensation Natalie Horler from Bonn/Germany is holding the desired award in her hands.

Cascada and her team of producers, Yanou and Manian, are especially proud of this award for "Best Selling German Act", because this award represents the amount of records sold and is said to be the most honest award in the music industry.

This huge success starts in 2005 when their debut album "Everytime we touch" and their debut single with the same title takes the world by storm and reaches top 5 chart entries in countries like America, Great Britain, France, Canada, South Africa, Japan, Scandinavia and The Netherlands.

Barely noticed at first, the released singles and the album reach sales of over 3 million. "Everytime we touch" has been downloaded several million times in America only and thus belongs to the top 10 most downloaded tracks of all time.

Many awards, gold and platinum records follow: for example, double platinum in the USA, double platinum in the UK, Gold in France, Scandinavia and South Africa, the US Napster Award 2006 and the US Dance Star Award 2006. Fans from everywhere also make Cascada number one in Germany for the most visited "MySpace" page. Over 36 million clicks on her songs speak a very clear language.

With the new single "What hurts the most" , which will be released worldwide in December, Cascada is taking the next step. Cascada will once again present her unusually talented voice; she has already finished the production of her new video in Hollywood. All her fans can´t await the release of her second album titled "Perfect Day", but will have to be patient until the end of this year.

No upcoming events with Cascada