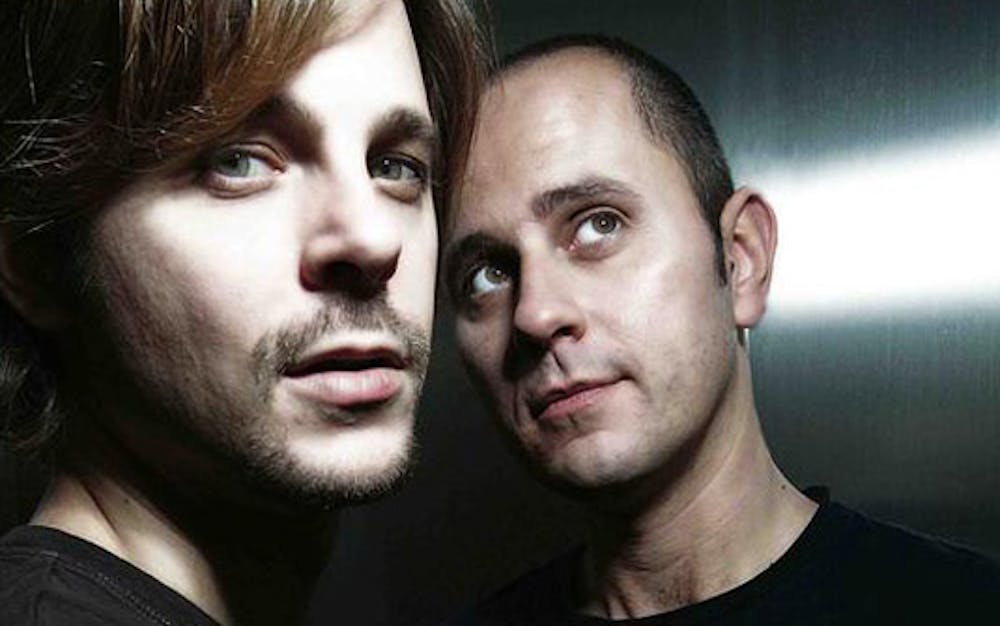 Follow Booka Shade to get alerts about upcoming events and special deals!

Booka Shade are Walter Merziger and Arno Kammermeier, the masterminds behind most Get Physical output (eg all releases and remixes of M.A.N.D.Y., DJ T., Sunsetpeople and singles of Chelonis R.

Booka Shade has upcoming events in Day to Night Festival, The Domain

Without further ado, here are Booka Shade top 10 tracks of all time:

3. To the Sea - Einmusik Remix

Booka Shade are Walter Merziger and Arno Kammermeier, the masterminds behind most Get Physical output (eg all releases and remixes of M.A.N.D.Y., DJ T., Sunsetpeople and singles of Chelonis R. Jones). Running their own production company and studio for the past 15 years, they have applied their wide range of talents not only to the realm of electronic music, but also many other media productions.

After two early 90s synthpop album releases and a number of live tours, they switched their attention to club projects for established labels like R&S, Harthouse and Tommy Boy. But it was their early incarnation of Booka Shade on illustrious Dutch label Touché which hit the zeitgeist, triggering excitement and enthusiasm in clubs all across Europe.

2004 saw the release of Booka Shade’s acclaimed debut album, Memento on Get Physical. This LP was met with a great deal of praise, but it was their seminal collaboration with M.A.N.D.Y, Body Language, that launched Booka Shade into the stratosphere.

At the end of 2006 the UK’s leading electronic music website, Resident Advisor crowned Booka Shade Best Live Act as well as awarding them with the title of Best Album for their second long-player, Movements. The band’s most coherent and engaging work yet, Movements was released in May 2006 and featured the massive club hits Mandarine Girl and Body Language, alongside new club anthems Night falls, In white room and Darko

Movements world tour took in close to 150 shows over the course of 20 months and sealed their reputation as one of the world’s most exciting and energetic electronic live acts. They released the 12”s Tickle / Karma Car and Numbers,the latter was plucked from Booka Shade’s first mix CD, for the DJ Kicks series.

In February 08 they released the ‘Movements Tour Edition’, which comprises the original 2006 hit album Movements together with a new live DVD, We Came To Dance, featuring a full live show filmed at Belgium’s Pukkelpop Festival last year plus a revealing tour documentary and bonus tracks.

The band unveil a new single in April 08 Planetary / City Tales , followed by a their brand new third studio album in May: The Sun and The neon light