Best The Thrillseekers Songs of All Time – Top 10 Tracks 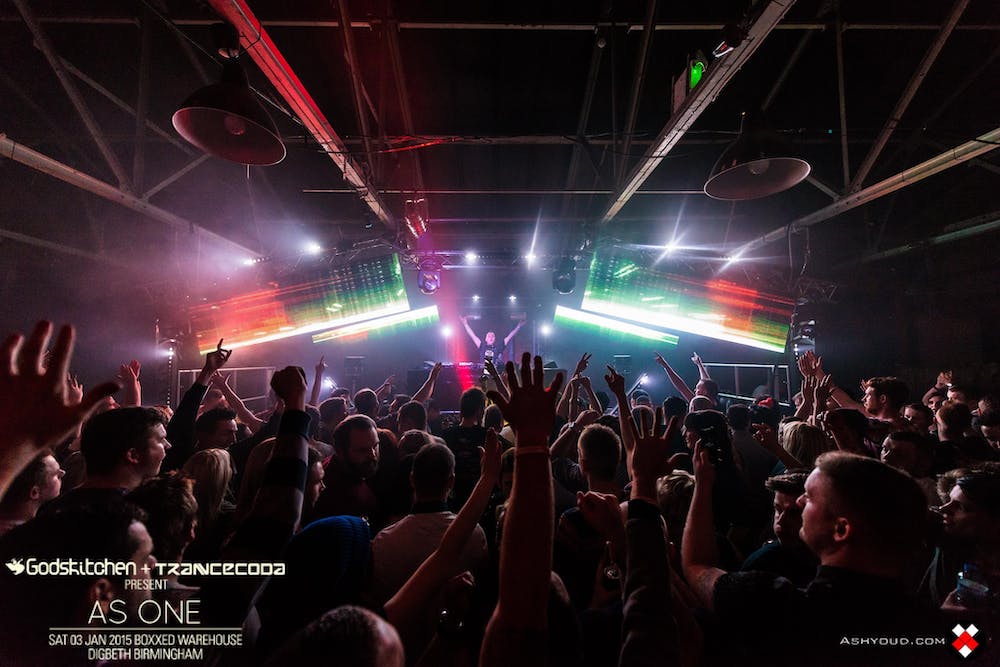 Follow The Thrillseekers to get alerts about upcoming events and special deals!

For well over a decade, The Thrillseekers have been at the forefront of the world's dance scene.

The Thrillseekers has performed in venues such as: Sound Bar, District, Civic Underground, Discopussy, Dreamstate

The Thrillseekers has played in major festivals like Dreamstate

Without further ado, here are The Thrillseekers top 10 tracks of all time:

The Thrillseekers, Factor B

9. Anywhere With You - Solarstone Pure Mix

For well over a decade, The Thrillseekers have been at the forefront of the world's dance scene. From his first single 'Synaesthesia', through to the club anthems 'Dreaming of You', 'NewLife' and 'By Your Side', Steve Helstrip has been behind some of the most emotive, evocative electronic music, ever released. He's worked with pioneers like Trevor Horn, shared co-production credits with Chicane and co-wrote on Ferry Corsten's Grammy award winning 'Right of Way' album. He's remixed Tiesto and Armin, amongst many others, and reworked Sonique's 'Feels So Good' into a worldwide, No. 1 record.

Steve is as well known as a DJ as he is a producer; having quickly risen through the ranks, captivating crowds the world over with his tough, cutting-edge sets. The Ministry, Gallery, Godskitchen and Gatecrasher have all born witness to his fluid mixing, unique style and kinetic, energetic performances. His spinning career took off with such speed, in fact, that just 12 months after he first put needle to vinyl, he found himself invited to play at Paul van Dyk's Birthday party! 2004 saw The Thrillseekers crack the DJ Magazine's Top 100 DJ's chart for the first time, before going on to break into the top 50 (landing at no. 45) in 2006.

The Thrillseekers story started back in 1999, where, with a relatively basic home studio Steve constructed the trance milestone that is 'Synaesthesia'. Signed and released by Neo Records in 1999, at the height of the trance explosion, it has gone on to sell over 1,000,000 copies, across its numerous, repeated worldwide releases.

Following the collapse of Neo Records in 2003, Steve took charge of his catalogue by launching his own label Adjusted Music. With demand high for the re-releases of 'Synaesthesia' and 'Affinity' (which was originally came out under his Hydra moniker), both tracks were brought back out in 2004, to a huge response. As well as releasing his own records, Steve's also sought out fresh talent for Adjusted. He signed the club hits 'Safe to Dream' by Russian act Evolve and 'Alone Again' by transatlantic duo Deep. His remix of 'Alone Again' showcased a new housier sound, one which was fully realised with his 'By Your Side' release. The track was championed by Paul van Dyk and Pete Tong, being marked up quite simply, as "Brilliant" by the latter, after he played it on Radio 1.

Artist collaborations have played an important part in Steve's production career. Immediately following the success of 'Synaesthesia' Steve went on to launch a new moniker for M.O.S. subsidiary, Incentive. En-Motion was born with 'Truth' in 2000 and 'Getting Away with It' following in 2002. In the adjoining years he also pushed forward, partnering collaborations with Andy 'Pulser' Perring as Insigma ('Insigma'/'Open Our Eyes'/'Avalon') and with ATCR owner Tim Stark under the name Rapid Eye ('Never Going Back'/"Circa-Forever"/"Stealing Beauty"/'Santa Cruz'/'Absolut').

In late 2005 The Thrillseekers moved into compilation territory, with the release of 'NightMusic Vol 1'. The CD and 30 date world tour that followed it was an instant smash, mushrooming the fanbase further and generating State-side and Russian releases of the comp. Summer 2007 saw the heavily anticipated follow up hit the stores, and repeated again in 2009 with NightMusic Vol 3.

After two huge vocal single releases 'Waiting Here For You' with Aruna and 'The Last Time' with fisher, fans were pleased to see the return of Steve's remixing skills in 2009, as he completed Solarstone's stunning 'Part Of Me' and Chicane's 'Poppiholla', which spent over three weeks in the top 10 of the UK charts. However rather than just concentrating on his productions, Steve set to the airwaves with his new NightMusic Podcast and Radio Show concept, broadcasting to over 40 FM and internet radio stations and heard by over 2.5 million listeners Worldwide.

Not resting on his laurels and with a clear objective to think outside the box he welcomed 2010 with the first phase of his Live Xtreme show. Steve's 1 hour live performance includes his biggest club anthems remixed and replayed live on stage. It also features tracks from his other guises such as Rapid Eye, Hydra and Insigma and truly takes the live performance of Electronic Dance Music to the next level. To date Steve has showcased Live Xtreme at profile events across the world including ETD Love (San Francisco), DancePort Festival (Taiwan), Gaudi Arena (Moscow), and Ministry of Sound (London) with promoters quoting that The Thrillseekers have really set the 'standard for live performance'.

Following on, Steve continued with a well received collaboration between The Thrillseekers and Belgium trance legend M.I.K.E and had his own Thrillseekers summer smash 'Savanna', which went on to feature on numerous compilations including Armin Van Buuren's 'A State Of Trance' 2010. The year still didn't end there however with a label re-launch and remix for Arcane Science & Melissa Loretta, plus studio time for remixing tracks by both John O'Callaghan & Armin Van Buuren set for release in early 2011.

No upcoming events with The Thrillseekers