Best The Glitch Mob Songs of All Time – Top 10 Tracks 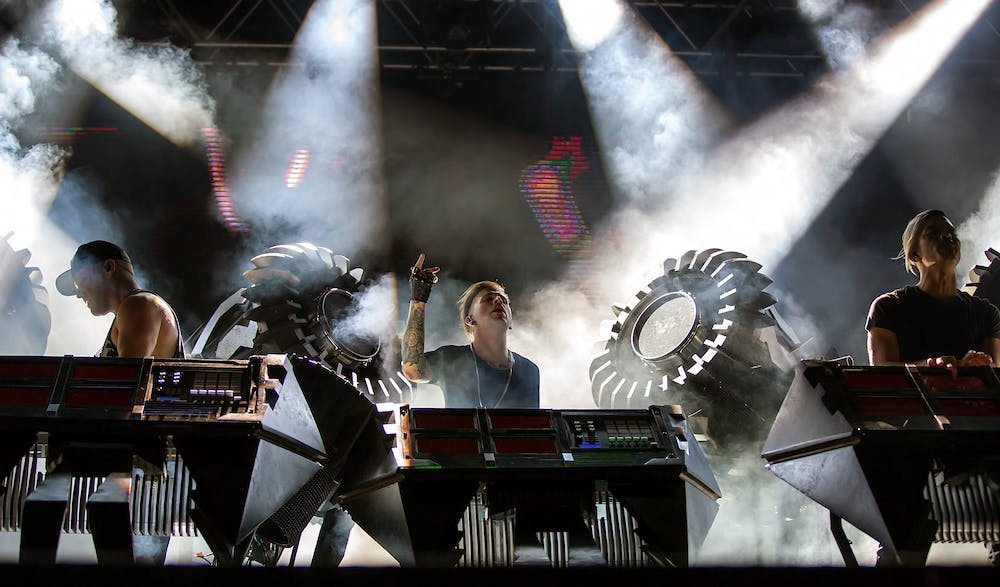 Follow The Glitch Mob to get alerts about upcoming events and special deals!

Without further ado, here are The Glitch Mob top 10 tracks of all time:

League of Legends, The Glitch Mob, Mako, The Word Alive

The White Stripes, The Glitch Mob

4. We Can Make The World Stop

6. Derezzed - Remixed by The Glitch Mob

The Glitch Mob – the Los Angeles-based trio comprising Justin Boreta, Ed Ma, and Joshua Mayer – continues their forward movement into 2018. Boreta, edIT, and Ooah came together around 2006, passing through various members until settling on this core trio of musicians. Together, they combined their different skills and aesthetics into the compellingly collaged whole that has become one of the most beloved live electronic acts, and distinctive recording artists, working today.