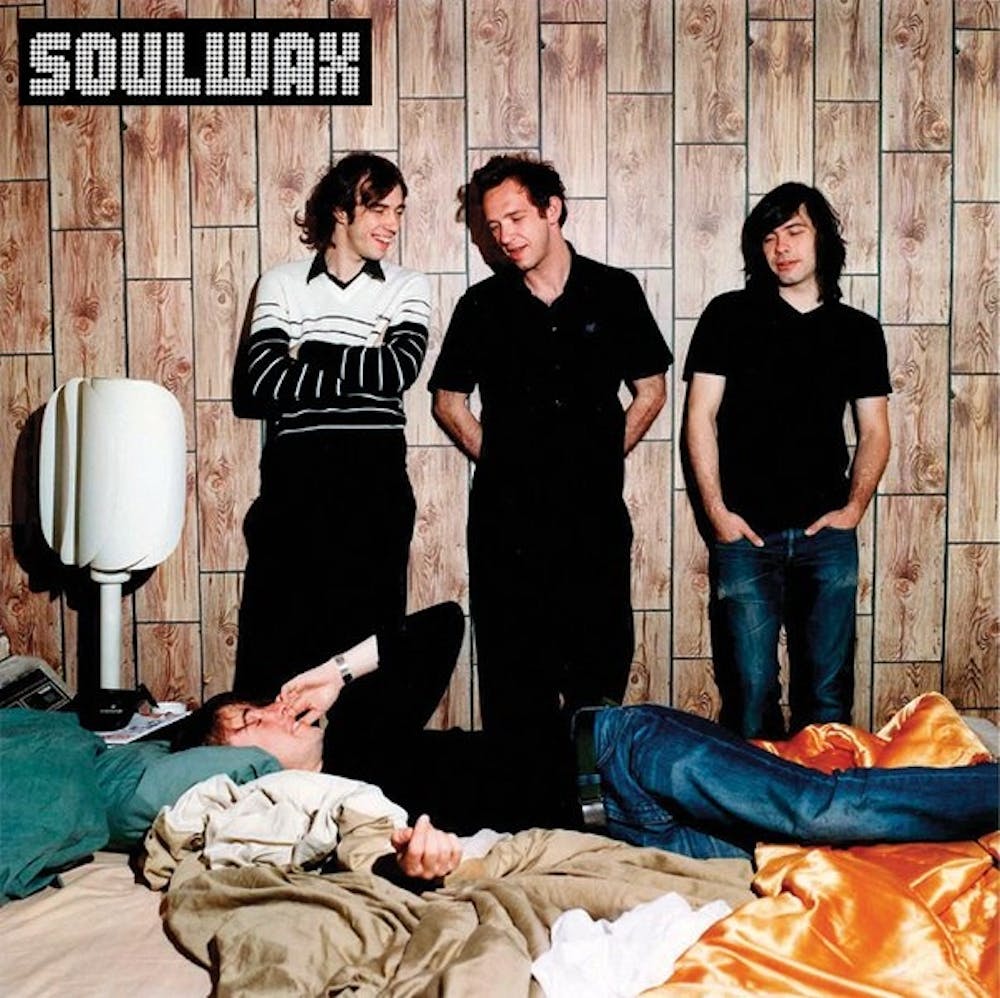 Follow Soulwax to get alerts about upcoming events and special deals!

SOULWAX is a Belgian rock band evolving around two young brothers : singer Stephen and guitarist David Dewaele. Three years ago, SOULWAX made their full-album debut with < Leave The Story Untold > which was recorded in LA and produced by Chris Goss of Masters of Reality.

Without further ado, here are Soulwax top 10 tracks of all time:

7. Is It Always Binary

Three years ago, SOULWAX made their full-album debut with < Leave The Story Untold > which was recorded in LA and produced by Chris Goss of Masters of Reality. The album featured a collection of beautiful and intense rock songs with roots in the American scene of seventies electric blues bands to which SOULWAX added their love for contrasting atmospheres, odd combinations of rhythms and lyrical imagery. < Leave The Story Untold > was internationally released and received but good reactions from press and radio. What followed was a string of club concerts throughout Europe, several American showcases, some major European festivals and supports for artists such as Frank Black, Skunk Anansie and Tracy Bonham.

In the spring of 1998, SOULWAX returned in great style with < My Cruel Joke >, a cooperation with Tracy Bonham on request of L .A. KCRW's famous talk show < Men In The Moon >. The track – an amazingly mature song graced by an irresistible crescendo of guitars and violin in combination with 90-ties breakbeats – turned out to be so good that PIAS decided to put it out as a single in the Benelux. Massive airplay was the result and it became clear to everyone that a lot was to be expected of the new SOULWAX... In May, the band travelled to their favourite city L.A. to record the new album. Producer was David Sardy, the singer-guitarist of Barkmarket whose resume also includes Helmet, Red Hot Chilli Peppers and Dave Navarro.

SOULWAX also worked with a string quartet conducted by Jason Falkner. The album was recorded at the Sunset Sound Factory, a Hollywood mansion and the Sound City studio's, before mixing in June at the ‘Magic Shop' in New York. The final result is SOULWAX 2nd album : < Much Against Everyone's Advice >. The 14 new tracks show that SOULWAX has very much grown mature and that the brothers Dewaele have made a lot of progress in songwriting. Beautiful melodies put singer Stephen Dewaele in the spotlights while David guides the band to a new, improved sound where the classic rock'n roll set-up melts together with strings, beats and loops to create a unique blend that is still undeniably SOULWAX.

The variety of the album is unbelievable. The title track – released as a single in Benelux and all over the radio in September – is a fierce, but warm rock song driven by a funny beatbox and streaming guitars while the ballad < When Logics Die > brings sweet melodies accompanied by a beautiful string arrangement. It's typical for SOULWAX : they play with styles and sounds, they try out odd combinations – and get away with it. Hear them putting a deep electronic bass right through an exciting acoustic blues-like guitarlick in < Conversation Intercom > or enjoy the heavy guitars fighting a jungle beat in < Too Many DJ's >, a track as 90-ties as the title suggests.

And just when you think they've taken it one step too far, they pop out < Saturday >, a pure and simple...eh, pop song destined to be sung along by large parts of this world's population... SOULWAX haven't forgotten their roots, but they also very well know what's hot and what' not these days and they should receive credit for trying to take rock to another level without isolating themselves.

On stage, SOULWAX are ready to confirm all the good things. They easily passed the first test in August with a stunning live performance at the leading Pukkelpop Festival (Hasselt, Belgium) sharing the stage with the likes of PJ Harvey, Beastie Boys, and Afghan Whigs and making a big impression too. SOULWAX are ready to conquer your radio. And hearts. Prepare to surrender

No upcoming events with Soulwax