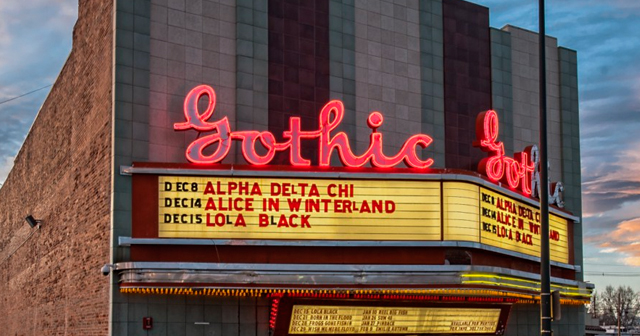 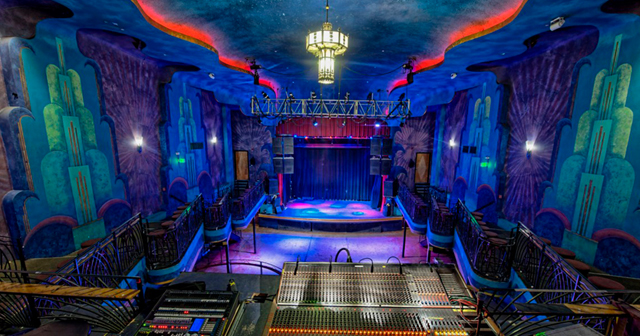 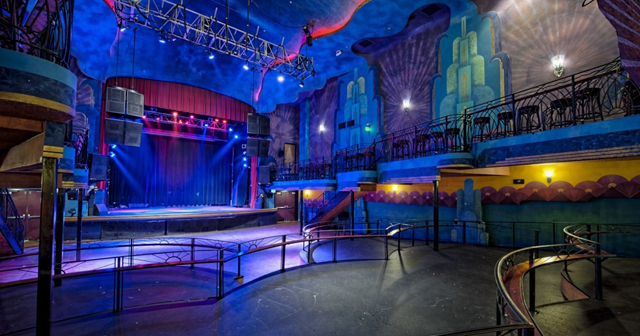 The Gothic Theatre is a former movie theatre, the first in Denver to show “talkies,” turned music venue. Originally built in the 1920’s The Gothic Theatre’s grand art deco style provides an extraordinary and beautiful background. Though the front façade was altered in the 1940s to keep pace with modern tastes of the times, when renovated in 1998 the historic interior was kept as the venue was rebuilt from top to bottom and fitted to become a premier part of Colorado music. On June 23, 1999, when the very appropriate legends of New Orleans, The Rebirth Brass Band, took the stage, the glorious Gothic Theatre was back in the business of making memories. Since then the Gothic Theatre has hosted many distinguished shows. Local bands as well as nationally recognized bands continue to showcase their talent at the venue.