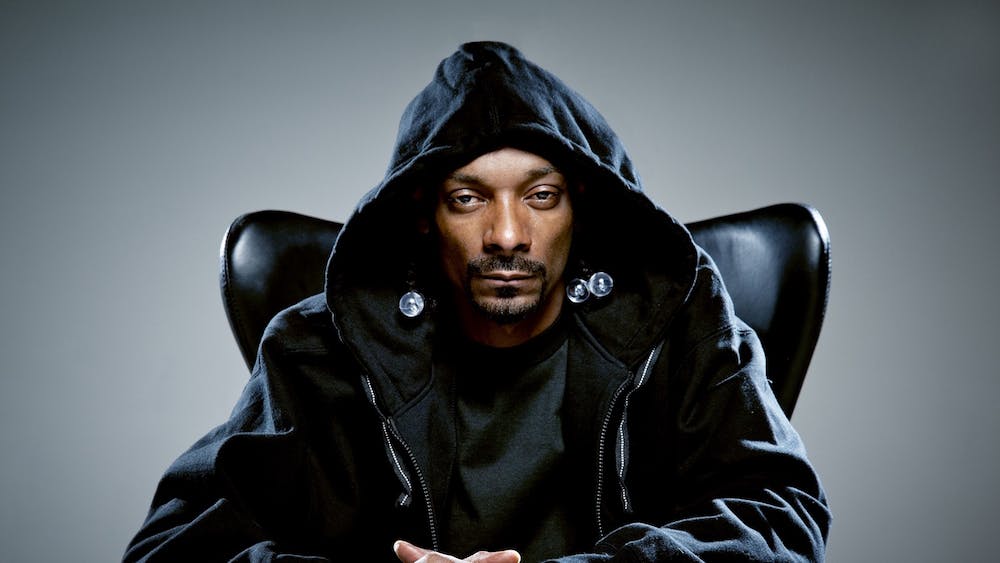 Follow Snoop Dogg to get alerts about upcoming events and special deals!

Calvin "Snoop Dogg" Broadus is a rare exception in the turbulent world of entertainment.

Snoop Dogg has played in major festivals like Sweetwater 420

Without further ado, here are Snoop Dogg top 10 tracks of all time:

The long career Snoop has sustained is not only contributed to his time in the studio, but also his time in the boardroom. With nine solo offerings, and over 30 million albums sold worldwide, Snoop has his hand in many other ventures and has transitioned from gangsta rapper to mainstream staple effortlessly. Over the years Snoop has been involved in a myriad of branding and co-branding opportunities from dolls and pet clothes to the custom Snoop deVille. These days he is paring down his products, in order to really be involved and touch the ones he is most passionate about.

One venture that Snoop created and holds near to his heart is the Snoop Youth Football League (SYFL). The SYFL was implemented by Snoop to help kids stay off the streets and out of trouble by giving them a positive outlet. The league has been around for 5 years and is comprised of boys and girls ages 5-13 from South Central LA, Compton, Watts and Pomona who must maintain a GPA average of 2.0 to play. It has grown to over 2,500 participants with Snoop personally coaching his team. In fact, he nearly shuts down his career for four months per year when the season commences.

Snoop is also working with the Long Beach Council to help redevelop the 6th district, the area where Snoop grew up in many years ago. Snoop has partnered with Kahala, a privately held corporation, in order to help make the district a better and safer place for its residents.Aside from the philanthropic work that Snoop does, surely a great musical artist like him undoubtedly knows how to create revenue streams inside the world of music as well. In 2009, he will launch his own online music distribution site, www.digitalonlinegangstagrooves.com. This site will distribute music from Snoop’s own artists, including Warzone, Western Union, Tha Hustle Boyz and more.

Looking to offer his fans the best of music listening, Snoop partnered with Skullcandy, a developer of core audio products, to bring a high-quality headphone at an affordable price ($69.95) to the hip-hop world. A Skullcandy fan for years, the hip-hop legend, will introduce fans to a shock-and-awe level of bass with 30mm neodymium magnetic speakers plus mini-sub woofers. The headphones are dubbed the "SkullCrusher" and will be available in Spring 2009.

A natural trend setter and lifestyle expert, Snoop also created a clothing line, Rich & Infamous, which can be found in stores like Demo and Up Against the Wall. Rich & Infamous is targeted at males aged 18-35 and features exquisite letterman’s jackets, satin bombers and luxurious hoodies – all made with the best fabrics and hardware. Snoop has also become a partner with Landy Cognac, the new generation cognac, where he will not only serve as the face for the brand, but also will lend his expertise for their marketing campaign.

As if that weren’t enough, Snoop’s highly watched television show, "Snoop Dogg’s Father Hood," is finished it’s second season on the popular network E! Entertainment. The reality show captures family moments with Snoop, his wife and three children and has been a great vehicle for viewers to see Snoop as he truly is, a family man. The show airs weekly on Sundays at 10:30pm.

In February, 2009, Snoop entered a first-of-its kind global deal with MTV that will bring his personality to television in a new variety talk show, "Dogg After Dark," and his music to fans with a new album release and into the best-selling music video game Rock Band®. The show will air weekly with raw interviews with A-list talent, hilarious sketch comedy segments and musical performances from the hottest artists. The show will also feature Snoop’s own in-house band, the "Snoopadelics", and premieres on Tuesday February 17th at 9pm.

After 17 years, Snoop has not only maintained his relevance but he has done so without changing who he is – a rare feat for most celebrities who constantly have to reinvent themselves to stay on top. True stars never lose their luster – and if history is an indication, Snoop is here to stay.