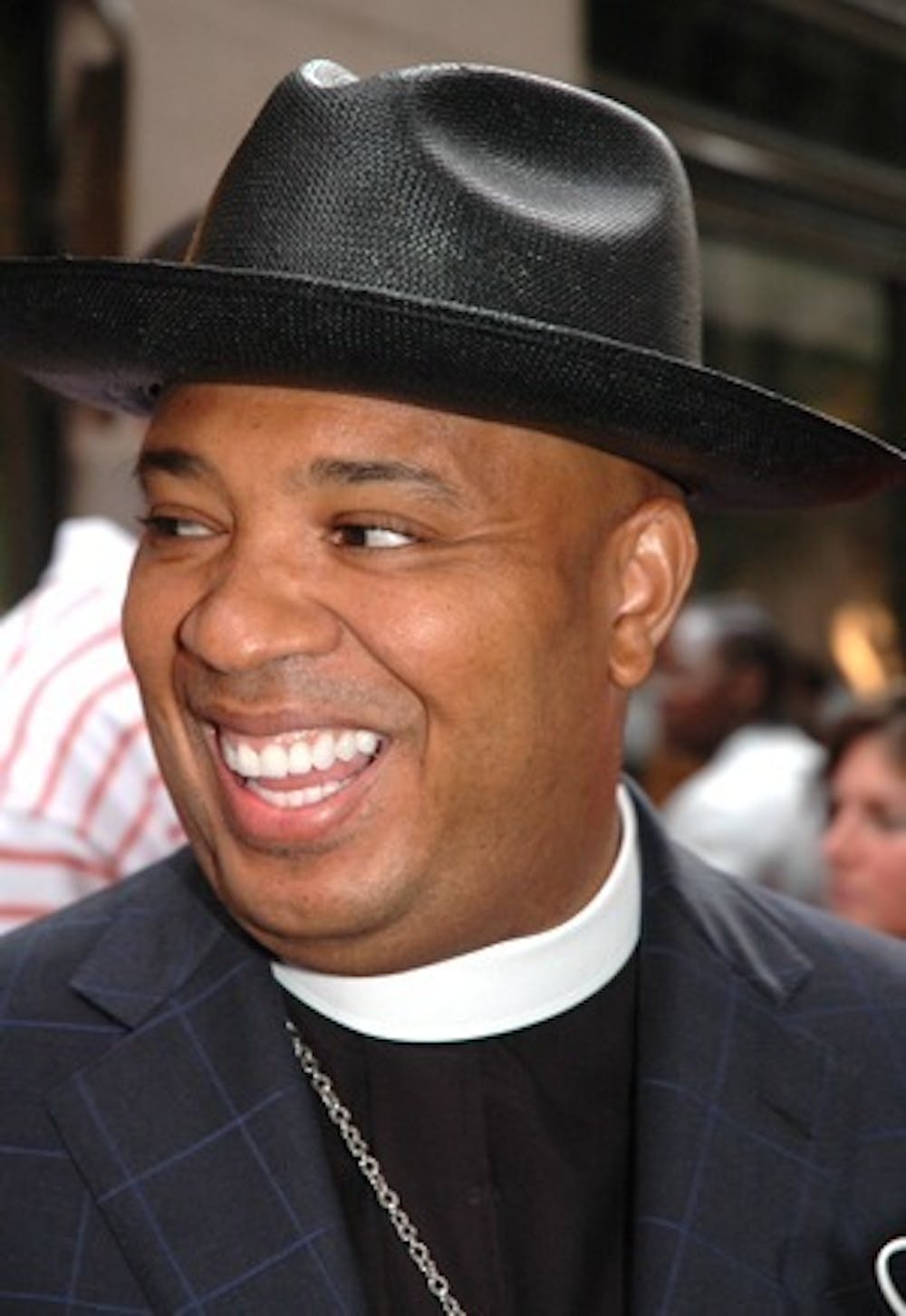 Follow Rev Run to get alerts about upcoming events and special deals!

Well known as the "Run" in Run-D.M.C., Rev Run is a respected rapper from hip-hop's golden age who broke out on his own in the mid-2000s.

Rev Run has performed in venues such as: Drai's Nightclub, Parq, Omnia, Daer Nightclub, On the Record, Studio Paris

Without further ado, here are Rev Run top 10 tracks of all time:

Well known as the "Run" in Run-D.M.C., Rev Run is a respected rapper from hip-hop's golden age who broke out on his own in the mid-2000s. Born Joseph Simmons in Queens, Rev Run started out as Kurtis Blow's DJ. His brother, Russell Simmons, formed the hip-hop management company Rush Productions in the early '80s. By the mid-'80s, Russell had formed the pioneering record label Def Jam with Rick Rubin. Encouraged by his brother, Run and his friend Darryl McDaniels formed the rap group Run-D.M.C. DJ Jam Master Jay (Jason Mizell) completed the group's lineup in 1982 and the act went on to sell millions of albums, open numerous doors for hip-hop, and blend rock into the mix with their hit cover version of Aerosmith's "Walk This Way" in 1986. The senseless murder of Jam Master Jay in 2002 brought an official close to the group. Rev Run carried on with producer Whiteboy and began to work on an album. They had completed eight songs before they presented them to Russell, who was now working on forming a new label, RSMG (Russell Simmons Music Group). Blown away by the tracks, Russell was once again pushing his younger brother to take it to the next level, but this time as a solo artist. Reflecting the hard grit of the tracks, the album was named Distortion and released by RSMG in 2005. Rev Run also shows his deep spiritual side by posting "Rev Run's Words of Wisdom" daily on his website. In late 2005, Run signed a deal with MTV for the reality show Run's House, a look into the daily life of Rev Run's family. David Jeffries, Rovi

No upcoming events with Rev Run