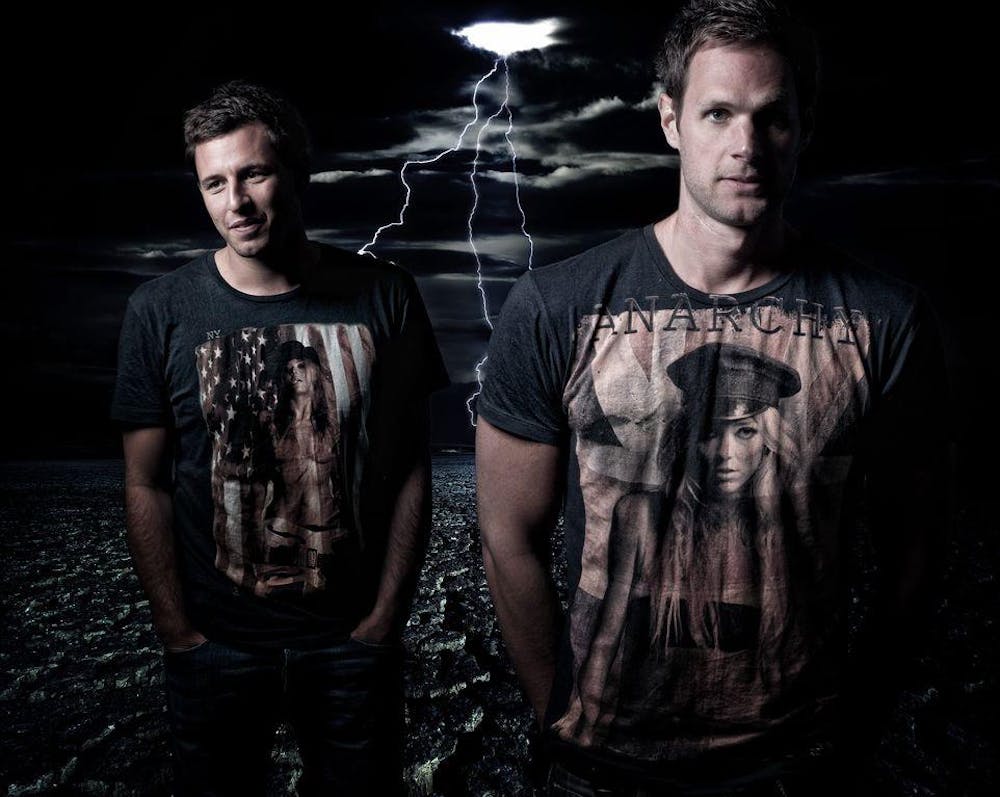 Follow Prok & Fitch to get alerts about upcoming events and special deals!

Tipped by the national media as ‘One To Watch’ in 2009, Prok & Fitch have more than proved the journalists’ predictions right.

Prok & Fitch has played in major festivals like Escapade Festival

Without further ado, here are Prok & Fitch top 10 tracks of all time:

6. Into My Life - Original Mix

Tipped by the national media as ‘One To Watch’ in 2009, Prok & Fitch have more than proved the journalists’ predictions right. The hottest DJ/producer pairing in house music have chalked up an impressive array of achievements in the past twelve months, including rocking the main room at Amnesia in Ibiza, touring Brazil and Australia and releasing both critically acclaimed and dancefloor-approved tracks.

Now focussing on their original productions, Ben Prok and James Fitch’s works have been signed to some of the biggest names in the business: Axwell’s Axtone, Toolroom Records, CR2, Stealth and more. With serious and diverse support from the likes of Steve Angello, Paul Van Dyk and Carl Cox, there’s few clubs worldwide which haven’t witnessed the Prok & Fitch reaction.

The boys have also been remixing for some heavy duty names including Laidback Luke, Gregor Salto, Ministry Recordings and Strictly Rhythm. Their own imprint, Floorplay Music continues to sign strong projects too, notably a smash from ATFC & David Penn - there’s no doubt that Prok & Fitch is becoming the byword for superior skills in quality house music.

Floorplay Music is much more than a record label though – it’s a way of life and with formidable names like ATFC & David Penn already involved, there’s no doubt that Floorplay is becoming the byword for superior tracks in quality house music.

Floorplay parties have quickly become stuff of late night legend. What started off as a small label showcase night has turned into regular roadblocks and consistant sell outs in Brighton, Dubai and London. The Guardian, Mixmag, IDJ and DJ magazine have all proclaimed Floorplay to be the ‘best night in the South’ and it’s easy to see why – guests have included Dirty Vegas, Chris Lake, Mark Knight... the list just goes on.

Prok & Fitch have been rinsing their passports this year too – spinning at Dubai superclub Sanctuary, rocking the main stage of the Sneakerz festival in Antwerp and the Free Your Mind festival in Holland, as well as Ibiza, Australia and Brazil.

Closer to home, the boys have also fulfilled one of their lifetime ambitions: to spin in the Wild Fruit arena at Brighton’s infamous Pride festival, which attracts over a quarter of a million revellers over one weekend.