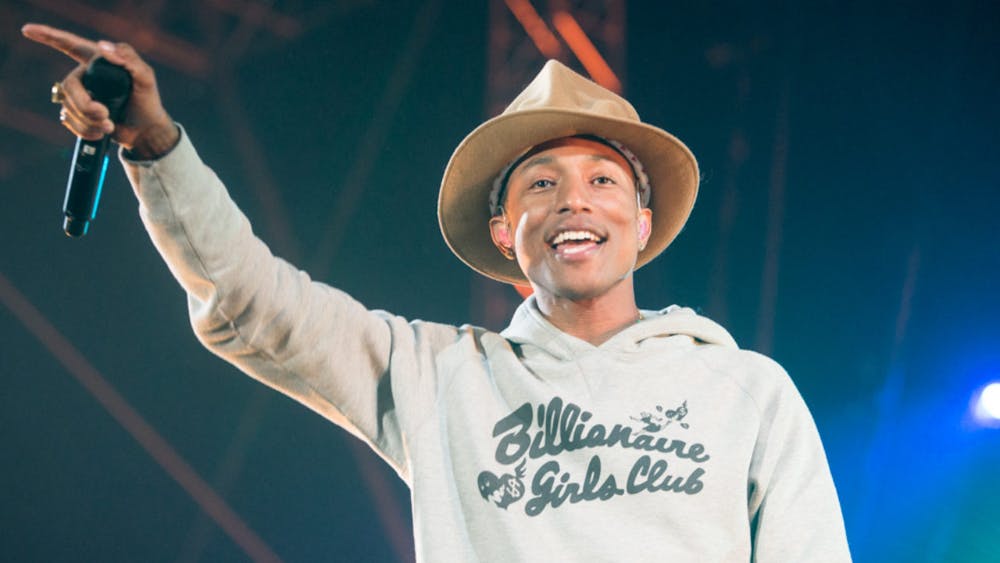 Follow Pharrell Williams to get alerts about upcoming events and special deals!

Pharrell Williams has performed in venues such as: The Novo, Something in the Water

Without further ado, here are Pharrell Williams top 10 tracks of all time:

6. Just A Cloud Away

Pharrell Williams is an American rapper, singer, songwriter, record producer, performance artist, and fashion designer. Williams and Chad Hugo comprise the record production duo The Neptunes, producing hip hop and R&B music. He is the lead vocalist of the band N*E*R*D, that he formed with Hugo and childhood friend, Shay Haley. He released his first solo single, "Frontin'", in 2003 and followed up with his debut solo album, In My Mind, in 2006. His second album, Girl, was released in March 2014 and was included the commercially successful single, "Happy". As part of the Neptunes, Williams has produced numerous singles for various recording artists.

Williams has earned ten Grammy Awards including two with the Neptunes. He is also a two-time Academy Award nominee, receiving a 2014 Best Original Song nomination for "Happy" (which was featured in Despicable Me 2) and a 2017 Best Picture nomination as one of the producers of Hidden Figures. Williams owns i am OTHER, a multimedia creative collective that serves as an umbrella for all of Pharrell Williams' endeavors, including Billionaire Boys Club.

No upcoming events with Pharrell Williams