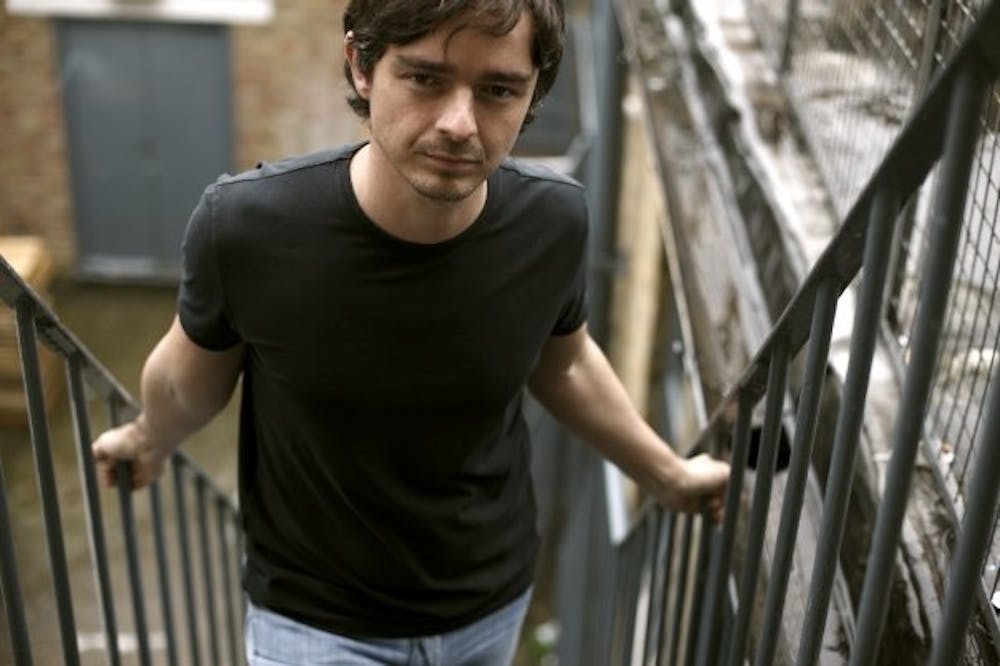 Follow Paolo Mojo to get alerts about upcoming events and special deals!

Paolo Mojo is now established as an acknowledged leading light on the underground house music scene.

Without further ado, here are Paolo Mojo top 10 tracks of all time:

2. Welcome to the Factory - Original Mix

Paolo Mojo is now established as an acknowledged leading light on the underground house music scene. Already a highly respected DJ, his relentless production schedule throughout 2008 has sky rocketed him into the production premier league.

2008 saw him a virtual ever present on BBC¹s Radio One Essential Selection / Mix with 7 singles on his Oosh label getting constant radio airplay. An Essential New Tune for ŒNightlaw¹ in February was followed by one of the most well received Essential Mixes of the year in August, and Paolo was name checked as one of Pete Tong¹s hottest producers of the year.

Its easy to see why, his stylish, turbo charged tech house sound has been one of the success stories of 2008Š singles such as Brooksong, The Dancer, Interstellar, Home, Sirena, Nightlaw and Ron Hardy Said (in collaboration with Jim Rivers) have led people to start talking about the Paolo Mojo Œsound¹.

The next monstrous single Deux Ex Machina / Que Loucura De Som looks set to continue that into 2009 while simultaneously pushing the boundaries of what people expect from his sound.

His remixing skills are now in high demand; his take on Moonface U Get So Give was the highest selling remix in the recent high profile Bedrock 10 release, a triple album containing classic reworks from the likes of Steve Lawler, Tom Middleton and Guy Gerber. Other remixes for Factomania, Little Mountain, Curfew More recent remix work is about to drop for Nervous, Postiva, Ego Records and Spin Out.

Despite the frantic pace in the studio he's constantly touring the globe. A true Œinternational¹, there are not many countries that haven¹t had a touch of the Mojo magic these days. He's earned himself a formidable global fan base thanks to his hectic schedule... from London to LA, Sao Paulo to Sydney, Toronto to Tokyo... Paolo has graced the decks of the worlds finest clubs.

This is no overnight success story either. Go back into the last few years and productions such as 2007's JMJ (Pete Tong's 'tune of the summer at Pure Pacha'), the legendary 1983 - remixed by his close friend Eric Prydz into one of the anthems of 2006 - or his highly sought after remixes for the likes for Pryda, NRK, and Factomania have all done the damage.

Described by IDJ as a master of the mix cd, you need look no further than his award winning Balance 009 for EQ Recordings, or his Renaissance Digital
001 for evidence of the man¹s ability to build a set.

And now 2 years after his last cd release, Paolo follows on from Gui Borrato by jumping on board an exciting new series - Addicted from Platipus Music. An innovative double disc combination of studio work and live on location DJing, Paolo¹s first mix compilation for two years will be released in May 2009.

With an astonishing work ethic in the studio and his endless special re-edits, he's an innovative DJ whose innovative programming combines with enviable technical ability to make him one of the most popular fixtures on the underground touring scene.

No upcoming events with Paolo Mojo