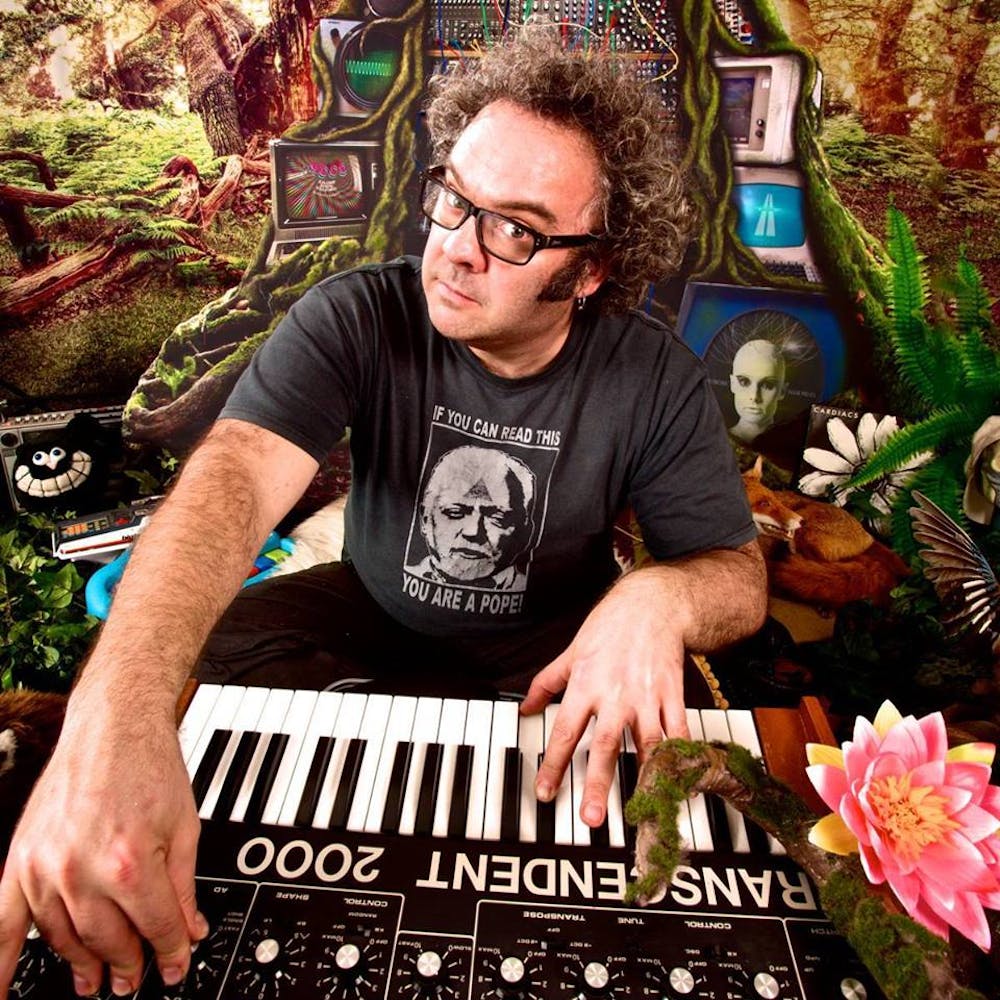 Follow Ott to get alerts about upcoming events and special deals!

Ott was doomed to be a teenager in the cultural wasteland that was the mid-1980’s provincial England.

Without further ado, here are Ott top 10 tracks of all time:

1. The Queen Of All Everything

8. A Happening In Your Head

10. That Morning We Went Up The Hill

Ott was doomed to be a teenager in the cultural wasteland that was the mid-1980’s provincial England. After a brief period wandering aimlessly through the hairsprayed deserts of New Romanticism and poodle-rock he found refuge in the warm, inviting sounds of Scientist, King Tubby, LKJ, and Prince Far-I and the effortless grace of European experimentalists Neu! and Kraftwerk. Here he stayed until he felt it was safe to pop his head up again.

The end of the 1980’s brought with it a cultural and musical revolution and Ott headed to London to immerse himself in the new energy. Initially unimpressed by the frantic, unmusical clatterings of acid house and “rave” he discovered a new wave of artists who apparently shared his love of organic dub and pristine electronics. Artists such as The Orb, Dub Syndicate, FSOL and African Head Charge. These were people who were unafraid to combine bass-heavy rhythm, abstract soundscape and timeless melody into a huge, ever-shifting sonic universe which reflected perfectly the spirit of hope and positivity which prevailed.

It was at this point that Ott found his first work as an engineer in several studios around North London. Working obsessively, 18 hours a day, seven days a week for the next ten years, Ott began developing the skills which would see him go on to work with many of those who created the sounds which inspired him in the first place – Brian Eno, The Orb, Youth, African Head Charge, Steve Hillage, and On-U-Sound.

After spending the 1990’s freelancing around London as a studio engineer and producer, Ott celebrated the end of the 20th century and the beginning of the 21st by giving it all up and moving to a remote cottage in South West England to be alone with his cats and his studio. With a vague plan to create the perfect soundtrack to an outdoor English festival he embarked on a series of sonic experiments, drawing heavily on the classic dub sounds from Jamaica and hypnotic electronic pulse from Germany which had provided such a refuge during the 1980’s. A period of intense creativity followed, during which a great many tracks were created and then stashed away on tapes, seemingly never to see the light of day.

In the meantime, Ott hatched a plan to remix half a dozen or so classic Hallucinogen trance tracks and release them as dub mixes – slower, fatter and more chillout friendly. In 2002 the album “Hallucinogen in Dub” was released via Twisted Records to universal acclaim.
Buoyed by the success of “Hallucinogen in Dub”, the following year Ott gathered together and released his earlier sonic experiments as the album “Blumenkraft” which was also very well received and which attracted a great many listeners around the world.

The next few years passed in a whirl of gigs, remixes [Shpongle, Entheogenic, Tripswitch] and collaborative projects – “Umberloid” with friend and multi-instrumentalist Chris Barker, and “Gargoyles” with Simon Posford [Hallucinogen, Shpongle]. During this time Ott travelled the world, got married, welcomed his daughter Daisy to the world and wrote his third album “Skylon” – which was released on Twisted Records in early 2008.

No upcoming events with Ott