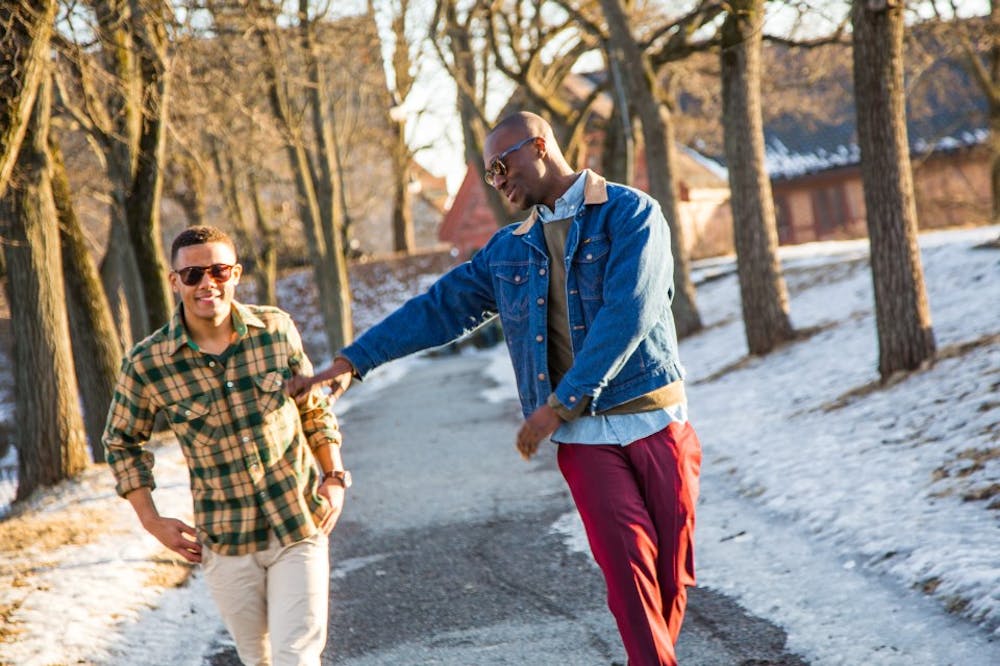 Follow Nico & Vinz to get alerts about upcoming events and special deals!

Nico & Vinz are an international music sensation who have already set the European entertainment scene on fire.

Without further ado, here are Nico & Vinz top 10 tracks of all time:

5. When the Day Comes

Nico & Vinz are an international music sensation who have already set the European entertainment scene on fire. Hailing from Oslo, Norway, the singing/songwriting duo, made up of Nico Sereba and Vincent Dery, has tapped into the heart of global culture by writing and performing songs that joyfully speak of life, love and identity. Though it’s hard to name their sound, consider it reminiscent of The Police and Paul Simon’s Graceland.

Since their debut in 2010 at the Emengeza Festival where they won first place for new, emerging artists, Nico & Vinz have topped Scandinavian charts thanks to their extraordinary storytelling, electrifying performances and riveting videos. In June 2011 they released their debut single, “One Song” which peaked at #19 on the Norwegian Single Chart and earned them a Spelleman Award (Norwegian equivalent to a Grammy) for the song’s video.

But it was their 2013 hit single “Am I Wrong” that would top the Scandinavian charts and has already crossed 50 million global streams on Spotify. The single has won an NRJ Award for “Song of the Year,” and another Spelleman Award nomination for “Hit of the Year.” To date, “Am I Wrong” has a 20x-platinum combined certification in Scandanavia. Nico & Vinz’s second Scandinavian single “In Your Arms” charted in Norway, Denmark and Sweden. In America, the video already has over 9 million views.

Their follow up single “In Your Arms,” released only in Scandinavia, soared to the top of the charts as well. The duo performed both hits at the Nobel Peace Prize concert at the end of 2013 in Oslo. In early 2014, Nico & Vinz received the European Boarder Breakers Award (EBBA) at Eurosonic Festival, performed at the Spellemann Awards, and completed their Scandanavian tour.
When “Am I Wrong” made its American radio debut in April of 2014, it was the #1 most added record at the Top 40/mainstream format with 90 adds, a rarity in first-week airplay for a new artist. As one of the most Shazamed songs worldwide, “Am I Wrong” continues to skyrocket up streaming and download charts.
Nico & Vinz have honed a unique sound, born of their eclectic backgrounds as both Africans and Norwegians. Their vision for the future is boundless. “We try to be 100% us. That mixture and that balance is what creates us,” says Vinz. That creative combination is what makes this new group one to watch.

No upcoming events with Nico & Vinz