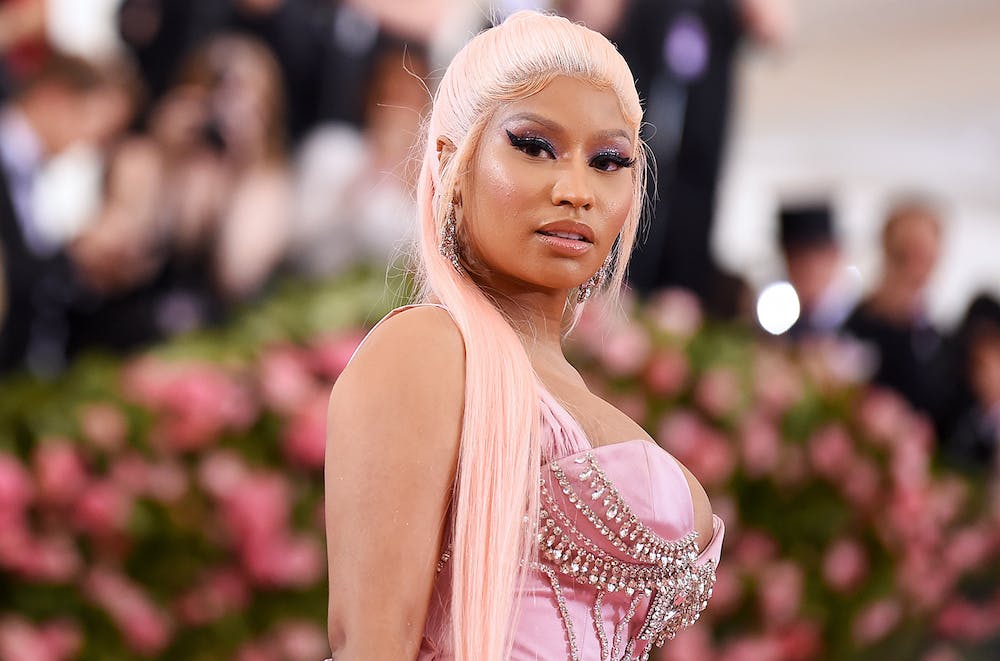 Follow Nicki Minaj to get alerts about upcoming events and special deals!

Without further ado, here are Nicki Minaj top 10 tracks of all time:

Onika Tanya Maraj, known by her stage name Nicki Minaj, is a Trinidadian-born American rapper, singer-songwriter, voice actress and television personality. She was born in Saint James, Trinidad and Tobago. When she was five years old, she moved to the New York City borough of Queens. Minaj trained as an actress before she released three mixtapes between 2007 and 2009 and signed to Young Money Entertainment.

Minaj's debut studio album, Pink Friday (2010), peaked at number one on the U.S. Billboard 200 and was certified Platinum by the Recording Industry Association of America (RIAA) a month after its release. She became the first female solo artist to have seven singles on the Billboard Hot 100 at the same time. Her seventh single, "Super Bass" has been certified quadruple-platinum by the RIAA, and has sold more than four million copies, becoming one of the best-selling singles in the United States. Minaj's second album, Pink Friday: Roman Reloaded(2012), topped charts internationally, also spawning the top 10 singles "Starships" and "Pound the Alarm". The album has become one of the best-selling albums of 2012, according to the Nielsen SoundScan, selling 1,000,000 copies worldwide, as well as "Starships" becoming one of the best-selling singles of that year.[9] The album was reissued as Pink Friday: Roman Reloaded – The Re-Up with additional content. In 2012, Minaj embarked on two worldwide tours, the Pink Friday Tour and the Pink Friday: Reloaded Tour, and tentatively announced plans for a third album, entitled Pink Friday: The Pinkprint.

Minaj's artistry features fast-paced rapping, alter egos and accents, notably British cockney. Her outlandish and colorful costumes, wigs and clothing have given her recognition as a fashion icon. She featured as a voice actress in Ice Age 4: Continental Drift, is currently serving as a judge on American Idol and has endorsed Adidas,MAC Cosmetics, and Pepsi. Minaj's work has earned her six BET Awards, four American Music Awards, two MTV Music Awards, an EMA and Billboard's 2011 Rising Star. She is the first female artist included on MTV's Annual Hottest MC List, with The New York Times suggesting that some consider her "the most influential female rapper of all time."