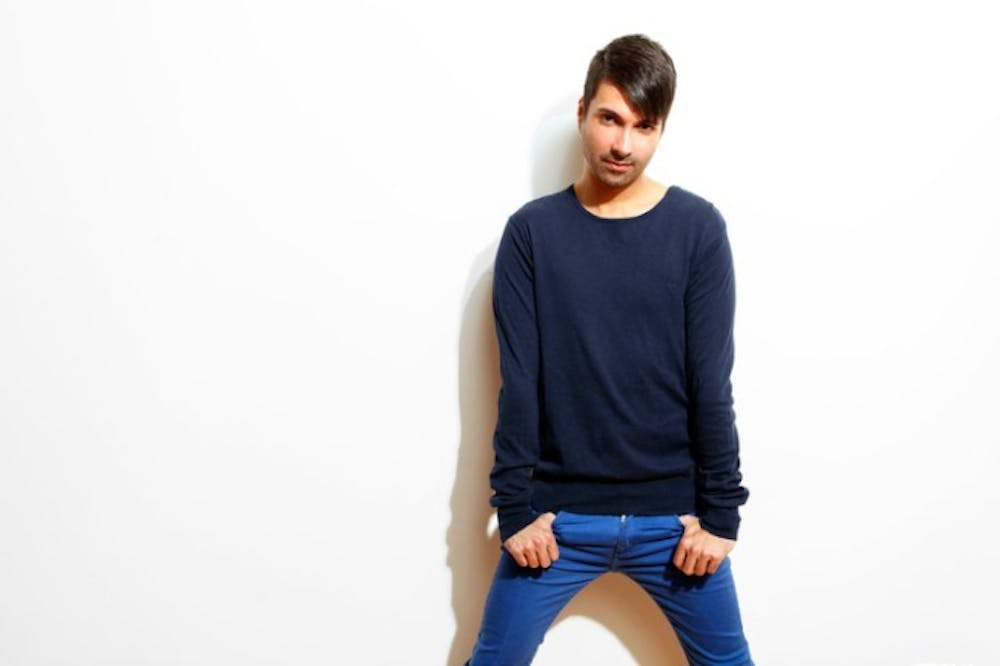 Follow Matthew Dekay to get alerts about upcoming events and special deals!

Find that minimal isn’t enough for your dancefloor fix? Had enough of monotonous trance synth-lines? Had as much as you can take of badly produced electro? If you want an indication of where dance music’s going next, then let young Dutch talent, Matthew Dekay, be your guide.

Matthew Dekay has performed in venues such as: Avant Gardner (Mirage), The Midway, All Day I Dream Festival, Coda, Do Not Sit On The Furniture, Flash, Halcyon, Parlour, Seismic Dance Event, Departure Festival

Without further ado, here are Matthew Dekay top 10 tracks of all time:

3. Lost In A Moment - Dixon Rework

6. Lost In A Moment - Original Mix

Find that minimal isn’t enough for your dancefloor fix? Had enough of monotonous trance synth-lines? Had as much as you can take of badly produced electro? If you want an indication of where dance music’s going next, then let young Dutch talent, Matthew Dekay, be your guide. Welcome to sonic house music: electronica with feeling that moves the mind, heart, and feet.

Already a buzz-name in underground circles across the world, Matthew Dekay is ready to explode. A slew of tracks have been received with universal acclaim, from the most recent, ‘Bad’, ‘Space Mountain Tablet’, ‘Behind Secret Borders’, ‘Higher Thoughts’, and ‘If I Could Fly’, to his startling bootleg, Matthew Dekay vs Beastie Boys’, ‘Intergalactic’. On the remix front, his take on D:Fuse feat Jes ‘Living The Dream’ was hugely well-received, and keep your eyes and ears out for his bootleg of Luther Vandross’ ‘Can Heaven Wait’, which is set to be one of the biggest tracks of the New Year.

Musical talent isn’t prized enough in UK dance culture. While anyone can hire a studio engineer or sit in their bedroom and put together a sample/minimal house record, it takes real musical talent and a certain artistic intelligence to construct the type of productions that leave the mind of Matthew Dekay. It probably helps, that, like Sasha, he was classically trained as a child, and like Erick Morillo, he’s already had a very successful pop career at a young age, and subsequently turned his back on it…

Musically, you’d expect to find Matthew’s music in either Sasha, James Holden, or Morillo’s record boxes, that’s what raises an artist above the parapet – an ability to stamp their mark on a number of genres, rather than sticking to one sound. That is probably the only ‘progressive’ mark on Matthew Dekay. Whilst lazy journalists will undoubtedly pigeonhole him into that category, anyone with an ounce of musical knowledge or history will recognise that his sound harks back to the true progressive era of house music; when the term described forward-thinking electronic music, not the oft-mislabelled years when 9 minute drum tracks ruined the dancefloor for everyone.

Major fans include The Neptunes, Sasha, Deep Dish, Victor Calderone, Sander Kleinenberg, and other top-flight names. They form a long list of DJs and artists who’ve spotted a talent to match their own, and someone who puts as much artistry as he possesses into both his production and DJing. Outside such circles, he’s picked up a huge underground following of loyal, committed fans that follow his every move. Hence, he enjoys a full DJ diary across Europe, Asia, and America, playing long sets to those who’ve caught the first wave of this talented star-in-the-making.

But it doesn’t stop there; he’s also shown a keen ear for A&R, having set up a label, DK records, to release his and other like-minded artists’ material. Following his own releases, ‘God’s Answer’, ‘Behind Secret Borders’, and the mighty ‘Bad’, he released the phenomenal ‘Swing To Harmony’ by Nikola Gala in 2004, now signed to Data Records for a UK release sometime in 2006.

Back on the home front, forthcoming projects include a compilation on the renowned Armada label, ‘Trousy’in early 2006, a remix for Leama & Moor on Lost Language at the end of November 2005, and more work on his debut artist album.

For now, follow this rising star and appreciate the fact that Matthew Dekay chose the dancefloor over the orchestra pit – something our world is far the better for.

No upcoming events with Matthew Dekay