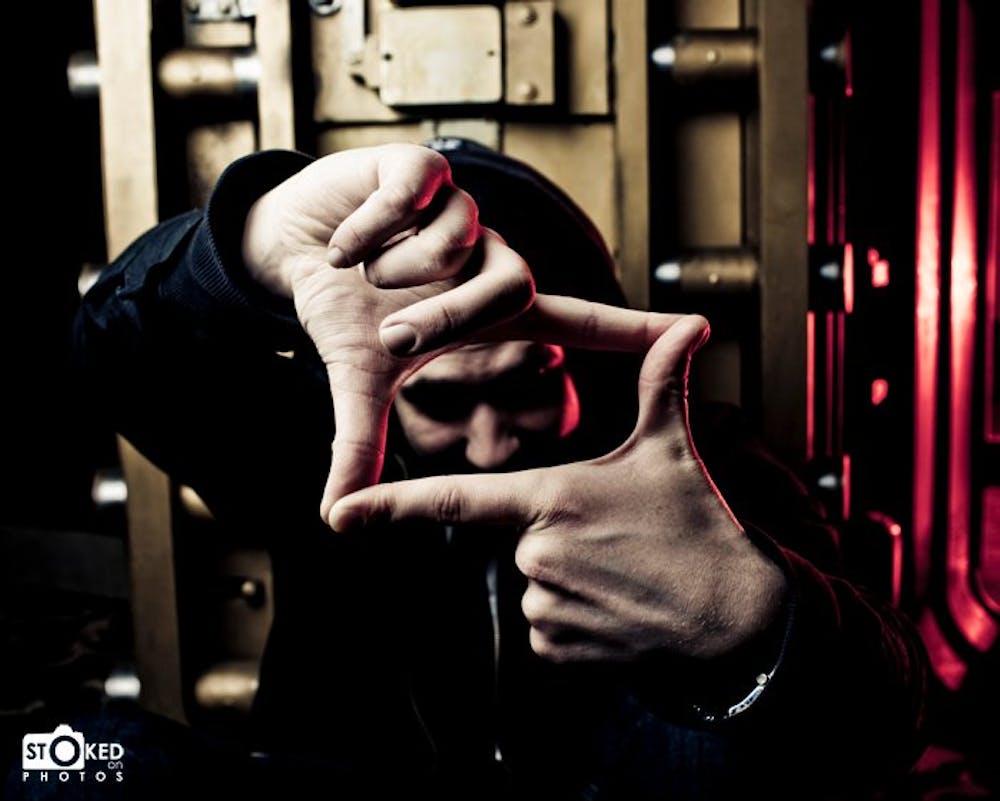 Follow Mark Instinct to get alerts about upcoming events and special deals!

Mark Instinct was always into the sounds of electronic music, but it wasn’t until his introduction to drum and bass, at the age of seventeen, that he decided it was time to add his own mark on music.

Without further ado, here are Mark Instinct top 10 tracks of all time:

Mark Instinct was always into the sounds of electronic music, but it wasn’t until his introduction to drum and bass, at the age of seventeen, that he decided it was time to add his own mark on music. With impeccable taste and skill, early bookings with Hive, Pendulum, Noisia and Tech Itch started to gain him recognition in bass circles around Western Canada.

At the age of 20 years old, when Mar...k Instinct started experimenting with music production, he finally found his niche. Beginning with drum and bass, and dabbling in other genres, such as house, it was the grimy stripped down sounds of dubstep that ultimately caught his attention. Creating dark nasty beats, synonymous with the Western Canadian sound, Mark Instinct soon began to chisel out his own distinctive style imprinted on such releases as “Sketchy Maxx” and “Fword”.
Attention from record labels ‘Rottun’ and ‘Aufect’ recordings lead to the release of “Invader” and “Badman Sound” in 2009; tracks which were soon found on the top-ten of many international DJs playlists. Additionally, a split EP contribution on Betamorph Recordings “The Humunaoid EP” and Aufect Digital "Love me Nots" releases were featured in the top ten charts of Juno, Chemical Records, & Digital Tunes.

Achievements made in 2010 followed the same upward trajectory with the release of the “15 Karat EP” on ‘Dubline Audio’, and a remix for DJ SS’ prolific ‘Formation Records’. This was then followed by the release of “Detonate” signed on Reid Speed’s ‘Play Me’ records, charting at number two on Beatport’s top 100 and remaining a chart fixture for several weeks. The end of 2010 will have Mark Instinct embarking on his first major US tour, bringing a full arsenal of tunes including his newest musical collaborations with MC Messinian of ‘Planet of the Drums’, BARE, and dubs from the highly anticipated second EP release on Rottun Records ‘Destroyed’.

Ascending the steep slope of music with ease, this 24 year old is proving that the future will be no different. With Appearances alongside dubstep’s biggest names at ‘Winter Music Conference’ and ‘Shambhala 2011’, remixes and collaborations with Bare and Dillon Francis, releases slated on ‘Trill Bass Recordings’, and Dieselboy’s label ‘Subhuman’, it comes as no surprise that Mark Instinct will continue pushing musical boundaries. With tight mixing skills that have been instilled from drum and bass, melody lines of genuine electronic musicality, and the dirty sub and mid range bass that could only be contained by dubstep, Mark Instinct is this decades artist to watch.

No upcoming events with Mark Instinct