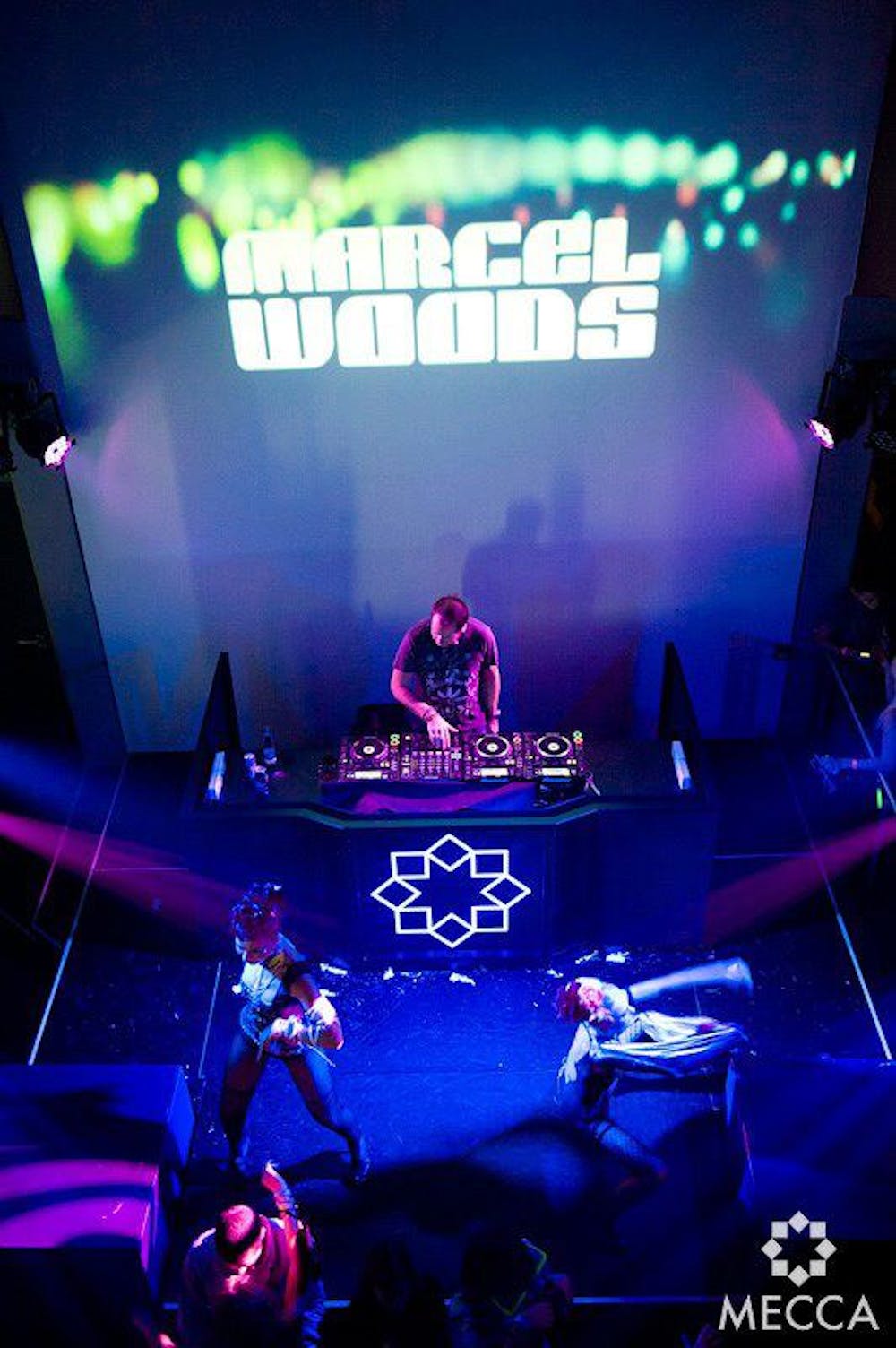 Follow Marcel Woods to get alerts about upcoming events and special deals!

Don't put Marcel Woods in the same room as a box.

Marcel Woods has performed in venues such as: Ministry of Sound

Without further ado, here are Marcel Woods top 10 tracks of all time:

Don't put Marcel Woods in the same room as a box. Chances are the box won't make it out alive!

"It's nothing personal" explains Marcel, "I just can't stand being put into them. People try to define my sound, style and influences down to just one or two genres, but if you've heard me then you'll know that's impossible. I don't like pigeon-holes either to be honest. I just don't fit into them, never have and never will."

Performing
Exactly what doesn't fit is Marcel's mind-blowing mix of raw and energetic dance music. Dance floors and festivals have fallen before him in swift succession. Global Gathering, Mysteryland, Dance Valley, Trance Energy, Gatecrasher Summer Sound System, Escape Into The Park, Planet Love and Sanctuary just in one summer run! And possibly more than anything else underlining Marcel's diverse nature, 2008 even saw him become the only DJ ever to play the White AND Black Edition Sensation parties in one season.

Looking back at Marcel's unrelenting tour diary of the last few years and its evident his name reached fever pitch with clubbers on a global scale with the diary consuming tours of China, Japan, Korea, Taiwan, Singapore, Thailand, Kuala Lumpur, Australia as well as Russia and North America to great success. Summer 2011 he touched Ibiza soil more than ones with indelible nights on "Judgment Sunday" at Eden, "Gatecrasher" at Privilege and three times on "Tiësto's Club life" at Privilege.

Productions
In the studio, he's been responsible for some of the biggest productions of the last few years, including the official Trance Energy 2006 anthem 'Advanced', the Pete Tong Essential Tune 'Monotone', Tiësto's 2009 favourite 'Inside Me' and the smash hit 'Lemon Tree'. Additionally he has sent dance floors wild with releases, including the vocal inspired 'Can't Sleep', plus remixes of Mauro Picotto 'Gonna Get Ya', the remix for official Trance Energy Theme for 2009 'L.E.D. There Be Light' by Rank 1 and his Sunrise Festival Anthem in 2011.

His single 'Everything' charted #1 in 2010 across all major download stores including Beatport, whilst rare remix projects like his official rework of Tiësto's 'Escape Me' and his underground bootleg of Zombie Nation 'Kernkraft 400' caught the attention of virtually every festival visitor in 2009. In spring 2011 Marcel and Tiësto joined hands again with the banger 'Don't Ditch'! After that more freshly new and treated Marcel Woods jewels were released during 2011 like '3Stortion' , 'Monotone', 'Accelerate',' Advanced' and 'Inside me', that were presented on his 2012 album.

Musical Madness
Woods mixed successful compilations for Dance Valley (2005) High Contrast (2006) and Trance Energy (2008), Sunrise festival (2011). In the meanwhile Marcel released three massive compilations that came out on High Contrast Recordings, 'Musical Madness 1 (2008), Musical Madness 2 (2010) and Musical Madness 3 (2011), are the cornerstone of Marcel's musical philosophy; a belief he has always explored in his career. 'Musical Madness' gives further rise to Marcel's dominance as an electronic artist with the concept sweeping everything from club dates at leading venues, including Godskitchen and The Gallery, to receiving high praise from dance press such as DJ Mag and Mixmag.

Marcel Woods’ first artist album “Open All Hours” was released January 2012 on Musical Madness. The album provides a mix of brand new tracks and earlier hits of Marcel Woods with treatments of Woods himself and fellow DJ's who wanted to cooperate on delivering more musical madness to the world! The album hit #1 in the Beatport “Progressive House top 100 releases” only two weeks after the release! A successful album full with smashing tunes, which get acclaimed all over the EDM world.

No upcoming events with Marcel Woods