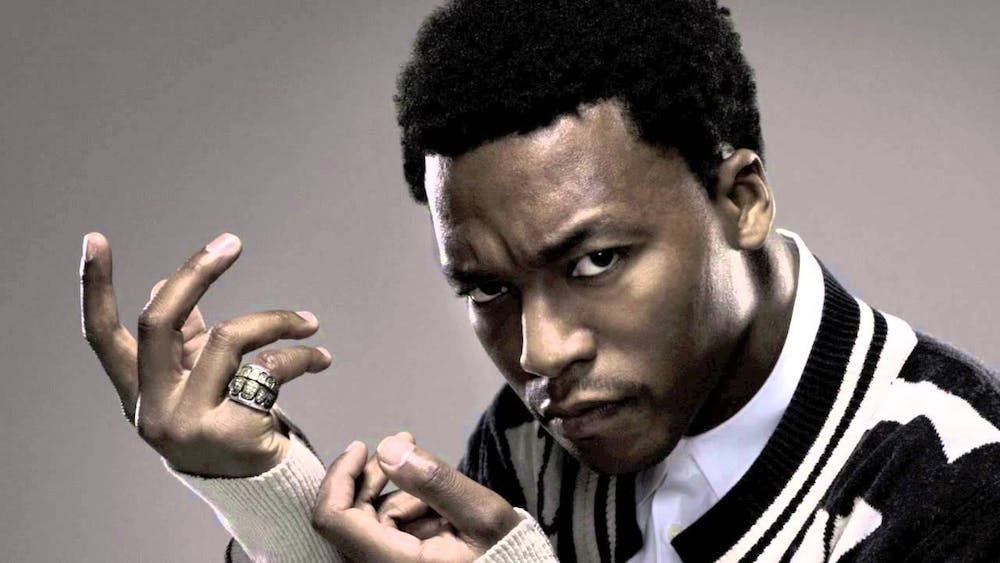 Follow Lupe Fiasco to get alerts about upcoming events and special deals!

On March 8th, critically acclaimed rapper Lupe Fiasco returns with one of the most heavily anticipated releases in recent years, a revolutionary album called LASERS, reaching new heights of lyrical and musical mastery, while aiming to reach even bigger audiences. The album has already spawned an exuberant hit single, “The Show Goes On,” which re-introduced Fiasco to fans after a four-year absence.

Without further ado, here are Lupe Fiasco top 10 tracks of all time:

On March 8th, critically acclaimed rapper Lupe Fiasco returns with one of the most heavily anticipated releases in recent years, a revolutionary album called LASERS, reaching new heights of lyrical and musical mastery, while aiming to reach even bigger audiences.

The album has already spawned an exuberant hit single, “The Show Goes On,” which re-introduced Fiasco to fans after a four-year absence. It will undoubtedly continue to earn attention over the next year and beyond with mind-expanding and ear-catching singles like the incendiary “Words I Never Said” featuring Skylar Grey and produced by Alex Da Kid (Eminem’s “Love the Way You Lie”), the thought-provoking “All Black Everything,” and “Out of My Head,” a collaboration with labelmate Trey Songz.

LASERS is an acronym for “Love Always Shines Everytime: Remember to Smile,” and the album is a reflection of a 14-point manifesto the Chicago-born MC composed to guide him on the project, including items like “We want substance in the place of popularity” and “We will not compromise who we are to be accepted by the crowd.”

“I want to start a popular uprising,” says Fiasco. “The music is the bait to get people to come in and listen to what I’m saying.”

LASERS features some of the most thought-provoking rhymes and concepts Fiasco has ever conceived, combined with irresistible melodies, production by the likes of Jerry Wonder and The Neptunes, as well as collaborations with John Legend, Trey Songz, and others.

The album is filled with unvarnished truth, straight from the mind of the hyper-literate Muslim MC, who grew up in the projects, but read books constantly and learned martial arts from the age of three. The son of a Black Panther, his family didn’t have cable TV, but did have a subscription to National Geographic.

On the bombastic “Words I Never Said,” the MC unloads his frustration with the media and politics, calling right-wing pundits Rush Limbaugh and Glenn Beck racists, and even taking aim at fellow Chicagoan Barack Obama, emphasizing that he did not vote for him. Another track, “State Run Radio,” takes aim at the hyper-regulated, repetitive radio industry—don’t hold your breath waiting to hear it on your local station, but it’s sure to become a viral hit.

If those songs are grounded in modern reality, “All Black Everything” takes a fanciful look at the past, asking, What if black people got paid for slavery?

“I just started thinking, ‘What if things had gotten off on a totally different foot?,’” says Fiasco. “What if they just came over to Africa and said, ‘We want you guys to work for us.’”

Of course, not every song on LASERS is a political discourse or a historical construct. Some of them can be described as standard hit records. “Never Forget You,” with John Legend, is a soulful love song produced by Jerry Wonder. “Out of My Head,” with labelmate Trey Songz is a smooth synth-driven R&B cut.

On his first two albums, Food & Liquor (2006), and The Cool (2007), Lupe Fiasco earned his reputation as a rap philosopher, a sharp, dynamic lyricist, and an MC who could shock you, make you think, make you dance, and make you laugh, all without resorting to vulgarity or tired hip-hop alliterations.

Lupe Fiasco burst onto the scene in 2006 with “Kick, Push,” a single that sounded like nothing else in mainstream hip-hop and instantly heralded the arrival of a unique voice. Over breezy horn samples, Fiasco used skateboarding as a metaphor for overcoming struggles in life and love ("He said, 'I would marry you/But I'm engaged to these aerials and varials/And I don't think this board is strong enough to carry two'").

Food & Liquor would go on to reach No. 8 on the Billboard 200, spawn subsequent singles “I Gotcha” and “Daydreamin’,” featuring Jill Scott, and end the year with multiple Grammy nominations.

A year later, The Cool reached even greater heights selling over 500,000 copies and spawning the top-ten hit “Superstar,” featuring Matthew Santos. It’s been four years since The Cool—a long wait during which Fiasco squabbled with his label, endured some personal turmoil, and debated whether or not he even wanted to release another album.

“I kept asking, ‘What’s the point? What does all this lead up to?’” he recalls. Ultimately, he says, touring, meeting fans, and being able to do things for his family reminded him of why he wanted to make music in the first place. “You keep smiling, you keep looking for that happiness,” says Fiasco.

During the downtime, Fiasco’s dedicated fans grew restless. More than 32,000 signed a petition demanding that Atlantic Records release LASERS, an effort that was covered by CNN and Rolling Stone, among others. Then, on October 15, 2010, several hundred gathered in front of the Atlantic offices in New York City to demand they release the album. The fans called the day “Fiasco Friday.”

“That blew me away,” says Fiasco, “that so many people would come from all over the country, miss school, miss work, put themselves on the line to do that. It really touched me.”

LASERS is a superior collection from top to bottom. It’s an album with a mission, summed up in the conclusion to Lupe Fiasco’s manifesto: