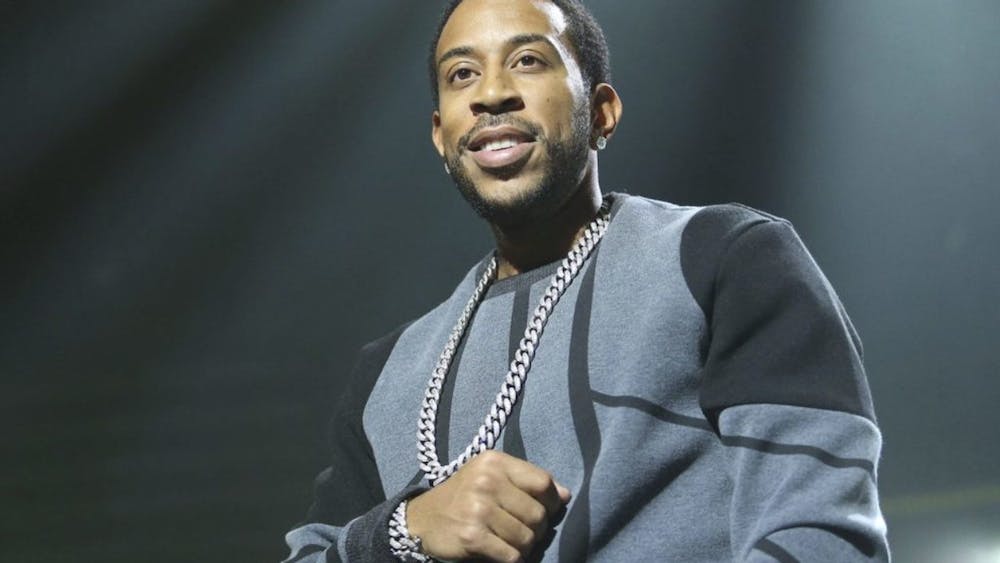 Follow Ludacris to get alerts about upcoming events and special deals!

While it has only been two years since the release of The Red Light District, acclaimed rapper Ludacris (Chris Bridges) has gone through more than a few personal changes.

Ludacris has played in major festivals like Life is Beautiful

Ludacris has upcoming events in Life is Beautiful

Without further ado, here are Ludacris top 10 tracks of all time:

While it has only been two years since the release of The Red Light District, acclaimed rapper Ludacris (Chris Bridges) has gone through more than a few personal changes. From dealing with "haters" spitting in his direction to his role in the Oscar winning film Crash to his blown out of proportion "disagreement" with Oprah to being a father to his daughter, 28-year-old Luda continues to mature as a man and an artist on his fifth disc Release Therapy."

Chris "Ludacris" Bridges put his experiences of being not just an artist in Release Therapy, but also reveals some of what he has learned as CEO of Disturbing Tha Peace Records. Under his watch are a collection of talented and diverse artists, which include; Shawnna (the dynamic Chicago bred female rap star), Bobby Valentino (the smooth R&B platinum selling singer), Field Mob (the groundbreaking hip hop duo) and the newest addition to the DTP family and Shareefa (the dynamic R&B rising superstar).

"I'm not going to lie, but I've made my share of mistakes," confesses Ludacris. "I know about success, but I also know about tribulations. It's the balance of the two that is the foundation of my project. In the beginning I was thinking of putting out a double record, with one being Release and the other Therapy, but it's more real to have that dualism on one disc."

One listen to Luda's Release Therapy and the growth is obvious. "Maturity is a beautiful thing," Ludacris says. "Going into the studio to make Release Therapy, I felt like a wiser, more intelligent person. That was part of the vibe I wanted to bring across on the record, a more personal side that many have not seen. I know this is my fifth album, but I feel as though this is the first time I've ever exposed this much of myself. Like the film Crash, people can either love me or hate me, but they'll always respect me."

While there isn't any doubt of Luda's seriousness on Release Therapy, he also comes on strong with his trademarked humor. "To me, part of being a complex person is a balance of many things," says Luda. "On this record I talk about striving, silliness, sadness, sex, salvation, amongst other things. I'm not knocking anybody's hustle, but many rappers only talk about one side of their lives. Personally, I'm trying to be more three-dimensional storyteller, and I hope that comes through on the record."

Already leaked to the internet, "War With God" is a heavy hitter. Over a vintage Billy Paul sample, Luda refuses to be the rope-a-dope. "I'm the best and there's nothin' that you can do about it," he raps with authority. "Never needed a publicity stunt, let's tell the truth about it /even in the core of the streets you can't sway the youth about it/ but keep runnin' yo mouth, and I swear I'ma knock a tooth up out it."

Laughing, Ludacris says, "I didn't really write that song about one particular person. There have been people, other rappers as well as a few journalists, who have taken subliminal shots at me. But, if I had written this song about one particular person, I would have said that persons name." After one sonic blast of "War With God," it's quite obvious that this isn't a battle, it's a slaughter.

The seriousness of "Runaway Love," which features soul sis Mary J. Blige on the hook, is a testament to Ludacris' mission to be more than a party man. From speaking out against a young girl being beat-down by her drunk stepfather to detailing the blight of teens fleeing their homes in the night to escape the pain, "Runaway Love" is a milestone. "I was thinking a lot about my own daughter when I wrote that song," Ludacris remembers. "Having a little girl has forced me to broaden my horizons when it comes to women, to be a better listener. Though I know I'm not perfect, I can still try to be the perfect father."

On the powerful track "Do Your Time," Luda transports the listener to the sorrow of life behind bars. Not trying to glamorize the ugliness of being locked-up, Ludacris says, "I know a few guys who are in prison, and jail isn't something that should be celebrated. There are so many Black men in jail, and not all of them are guilty. We have to start thinking about these statistics, and figure out if anything can be done."

Though Luda has never done hard time himself (he does admit to a few juvenile mistakes), collaborators Bennie Segal, C-Murda and Pimp-C are a trio of wordsmith who know that the scene ain't pretty. "I picked those three artists for 'Do Your Time,' because they know the deal," he explains. "These are guys who have done real time and I wanted their experience to be part of the fabric of that song."

Teaming-up with old friends the Neptunes on the first single "Money Maker," the rapper couldn't have been happier. Unlike the aforementioned tracks, this hypnotic booty bumper is classic dance song that speaks frankly about sex. Calling himself "a bedroom gangster," the Melina directed video is currently in full effect on MTV and BET.

"I hadn't worked with the Neptunes since they produced 'Southern Hospitality' on my first album," Ludacris says. "I just love being in the studio with those guys, because they're always down to do something different." In addition, the spacey production duo also contributed "Girls Gone Wild," which utilizes a sleek futurist groove and heavy percussion.

Having gathered a dazzling crew of collaborators on Release Therapy, Ludacris releases his inner wild child alongside R. Kelly on "Woozy," makes an aural film of life on "Based on a True Story," produced by Timbaland and brings the country hotness on "Satisfaction" with Field Mob.

Unafraid of the Black heavy metalist inside of him, Luda reveals his inner rock god on the Runners produced song "Slap." Talking about the madness and aggravation of just trying to make it through the workday, Ludacris sounds on the verge of exploding. "We all have struggles in our life," he says. "Not just Black people, but all people. I wrote 'Slap,' because there are times when we all want to punch a wall, knock out a window or just hit somebody." Smiling, Ludacris admits that "Slap" is one of his favorite tracks. "It's just one of those songs everybody, including myself, can relate to."

With Release Therapy, Ludacris releases a classic disc that rises to the top of the hip-hop heap. Yes, this is what rap music has been waiting for since the beginning of the millennium.