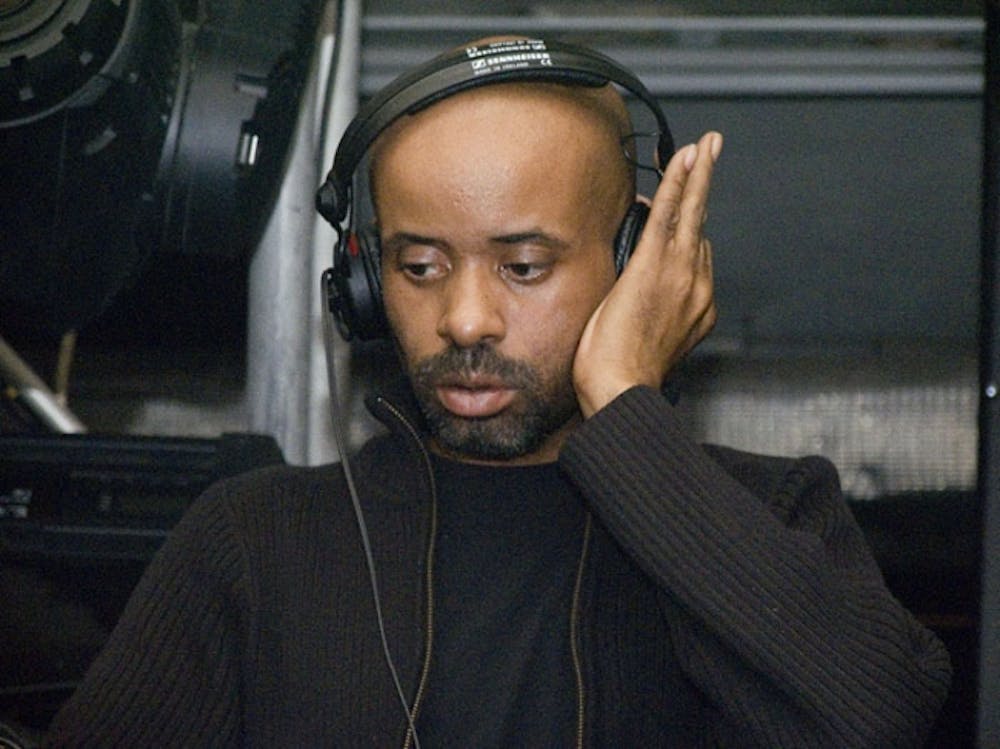 Follow Juan Atkins to get alerts about upcoming events and special deals!

Juan Atkins' music and DJing is deified in Europe and embraced all over the world, yet his music has had limited exposure in America, which is ironic, considering Juan has lived his life in Detroit.

Without further ado, here are Juan Atkins top 10 tracks of all time:

Juan Atkins' music and DJing is deified in Europe and embraced all over the world, yet his music has had limited exposure in America, which is ironic, considering Juan has lived his life in Detroit. His first and only US hit was the influential electro classic "Clear" in 1983, as part of the duo Cybotron (charted in the Top 40). A series of important records on Metroplex under the name Model 500 followed beginning in 1985, and continuing still today. Juan has also been prolifically releasing albums, remixes and collaborations on Belgium's R&S Records, Germany's Tresor, and others. His six full-length releases are available only as imports.

The Model 500 12"s, experiments fusing the extra-terrestrial funk of Parliament-Funkadelic with the futuristic rhythms and hard math of Kraftwerk and the progressive dance theorems proposed by Giorgio Moroder, laid the blueprint for Detroit Techno. Along with the tracks made by two schoolmates from the grade below, Derrick May and Kevin Saunderson, Detroit Techno quickly made its way across the Atlantic and immediately sparked the emerging rave culture, and soonafter the entire global dance community. The soil of which all the electronica subgenres grew from, Detroit Techno is the purest, most perfect distillation of emotional electronic dance music.

While much has been made of Juan's pioneering early work (including the Channel One track "Technicolor", which was sampled by Sir-Mix-A-Lot for his chart-topping "Baby Got Back"), far less attention has been paid to his continued efforts in progressing electronic music far into tomorrow. His 1990s recordings, including the celestial groove of the Deep Space album (featuring the track "Astralwerks") and the complexities of the "Bassmental" and "Jazz Is The Teacher" collaborations with Basic Channel's Maurizio, are among the most mature and most sophisticated recordings in the field.

But most of the decade has seen Juan flying all over the world DJing, spreading the gospel of his electronic funk, and in the meantime helping to create the international DJ circuit. Inside the club is where he wields his magic, where one by one people come face to face with the pure techno sound of Detroit. This is the Juan Atkins being celebrated on the premiere volume of THE WAX TRAX! MASTERMIX SERIES.

Mixed all the way live on two turntables, Juan's powerful set provides an in-depth look at Detroit's illustrious techno history. Opening with two copies of his own "No UFOs," Juan quickly blends the kinetic funk of Rythim is Rythim's (aka Derrick May) holy "Nude Photo" with electro-classic "Sharevari" to create a serious Motor City montage. Raging from deep, minimal techno by fellow Detroiters Rob Hood, Sean Deason, and Kelli Hand, as well as German minimalists Maurizio and Chain Reaction, Juan even finds his way around Detroit's now-booming bass scene with DJ Assault's "Sex On The Beach" and Rick Wade's "Prime Time" . But always taking the center are the amazing Juan Atkins originals, six in all, including the two never before released, "Body Oil" and "Sky" under the name Infiniti.

There could be no better introduction to Detroit Techno than a tour by Juan Atkins. With two new full-length albums coming out in 1998 under the names Model 500 and Infiniti, countless more DJ slots throughout the USand the much anticipated debut live performances of Model 500, Juan's journey into the heart of electronic music continues breathlessly.