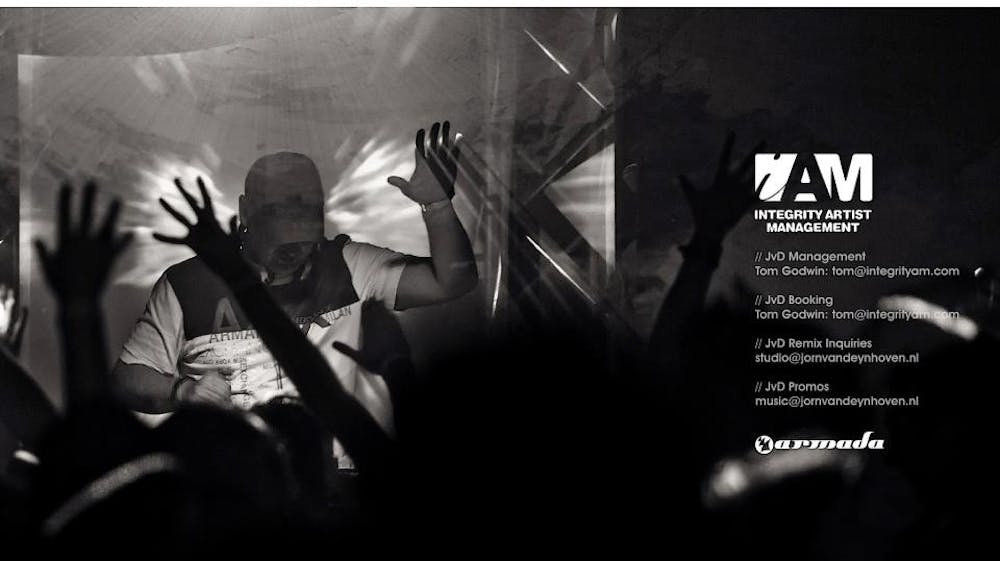 Follow Jorn Van Deynhoven to get alerts about upcoming events and special deals!

Jorn van Deynhoven, aka JvD, hails from Holland and emerged as one of the hottest names in global trance in 2014.

Jorn Van Deynhoven has performed in venues such as: Avalon

Without further ado, here are Jorn Van Deynhoven top 10 tracks of all time:

Jorn van Deynhoven, aka JvD, hails from Holland and emerged as one of the hottest names in global trance in 2014. Following an amazing run of releases that saw him remix the likes of Armin van Buuren and Dash Berlin, arguably his biggest production accolade to date came when his ‘New Horizons’ track was voted as the official anthem for A State Of Trance 650 at the start of 2014.

When Armin van Buuren’s ‘A State Of Trance’ brand wanted an anthem to be produced for their landmark 650th Episode and World Tour, they called upon trance producers from around the globe to pitch in with their tracks. After Jorn’s recent run of form in the studio, it was no surprise that his offering was shortlisted as one of the finalists, and he then won a worldwide public vote from the trance and wider dance music community, beating off some fierce competition from the likes of Andrew Rayel and MaRLo in the process. ‘New Horizons’ has all the hallmarks of a timeless anthem, combining Jorn’s distinctive driving groove, classic melodies and arranged into a dramatic composition that was a fitting centrepiece for the ASOT 650 world tour.

Aside from the ‘New Horizons’ single, Jorn has also made massive waves with his remixes of Craig Connelly feat. Christina Novelli ‘Black Hole’ (voted #4 in the ASOT Tune Of The Year poll), Armin van Buuren feat. Richard Bedford ‘Love Never Came’ and Dash Berlin feat. Jonathan Mendelsohn ‘World Falls Apart’, not to mention his own tracks such as ‘Six Six Zero’ and ‘Headliner’, all of which are certified fan favourites, topping sales charts and having continued playlisted support from leading DJs.

Jorn’s DJ career went stratospheric in 2014 also with fans worldwide flocking to see the man behind many of the biggest tunes the trance scene has to offer. He set new benchmarks in his DJ career with standout shows & performances across Europe, North & South America, Asia and Australia. Particular highlights included the 20,000 capacity ASOT 650 Holland main stage, festivals across Europe such as Tomorrowland in Belgium, Nature One in Germany, Emporium in Holland and Audiolake in Poland, the 10,000 capacity Armada Beach Festival in Argentina, Istmo Fest in El Salvador, plus a five city Armada branded tour of Australia.

Moving into 2015, Jorn is off to a flying start with his release schedule already; February sees his remix of the Svenson & Gielen classic ‘Twisted’ out on the High Contrast label, while March sees Jorn’s hotly anticipated new single ‘Freaks’ released on Armin van Buuren’s Armind imprint. Also due for release over the coming months is Jorn’s new vocal single, plus his remix of Cosmic Gate & Emma Hewitt ‘Going Home’

2015 looks destined to be the year of the ‘Anthem’ Man – Jorn van Deynhoven!