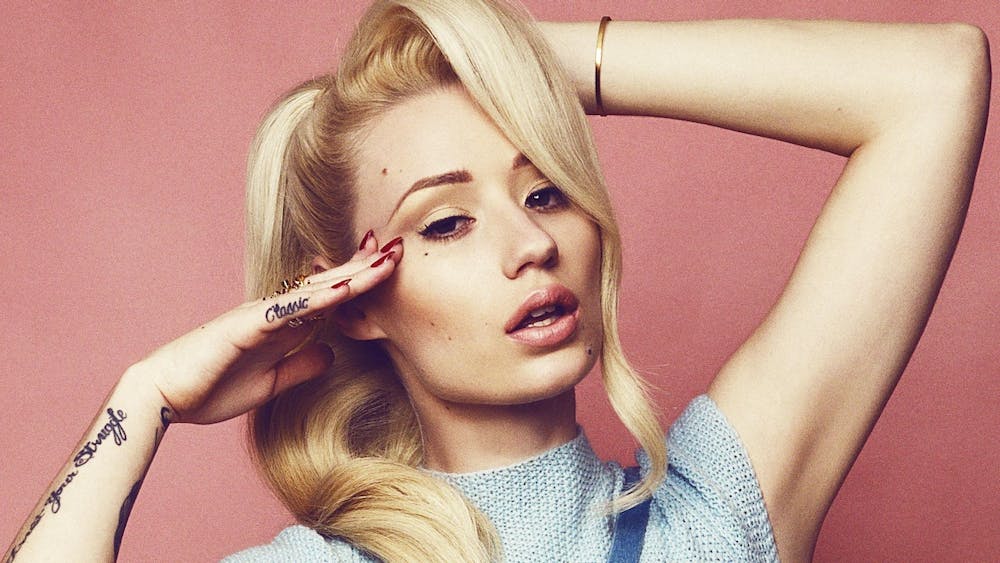 Follow Iggy Azalea to get alerts about upcoming events and special deals!

Without further ado, here are Iggy Azalea top 10 tracks of all time:

Amethyst Amelia Kelly (born 7 June 1990), better known by her stage name Iggy Azalea (/əˈzeɪljə/), is an Australian rapper from Mullumbimby, New South Wales. She left for the United States at the age of 16, to pursue a career in hip hop music, first residing in Miami, Florida, and then other parts of the southern United States, including Houston, Texas and Atlanta, Georgia. She first gained recognition after the respective music videos for her controversial songs "Pu$$y" and "Two Times" went viralon YouTube. In September 2011, she released her debut mixtape Ignorant Art and subsequently aligned herself with Atlanta-based rapper T.I. In March 2012, T.I. announced Azalea's signing to his record label imprint Grand Hustle. In July 2012, she released an EP executive-produced by T.I., titled Glory. Later, she went into professional modeling, became represented byWilhelmina Models and was announced as the "New Face of Levi Jeans". Also in 2012, Azalea became both the first female and the first non-American rapper to be featured on XXL's annual Top 10 Freshmen cover issue.

After label conflicts, her debut studio album The New Classic was finally released on 21 April 2014, under Virgin EMI and Def Jam Recordings. The album debuted among the top five of several charts worldwide and received generally mixed reviews. The album was preceded by four singles, "Work", "Bounce", "Change Your Life" (featuring T.I.) and "Fancy" (featuring Charli XCX). "Fancy" went on to reach number one on the U.S. Billboard Hot 100 chart, with Azalea becoming only the fourth solo female rapper ever to top the Hot 100. Additionally, with Azalea featured on Ariana Grande's single "Problem", which rose to number two on the Hot 100, the same week "Fancy" topped the chart, Azalea joined The Beatles as the only acts to rank at numbers one and two simultaneously with their first two Hot 100 hits.[3] Additionally, Azalea went on to pass Lil' Kim as the female rapper with the longest-leading number one single on the Billboard Hot 100 and moved into a tie for fifth place, among lead women who have scored the longest commands on the Hot 100 this decade.[4][5]

No upcoming events with Iggy Azalea