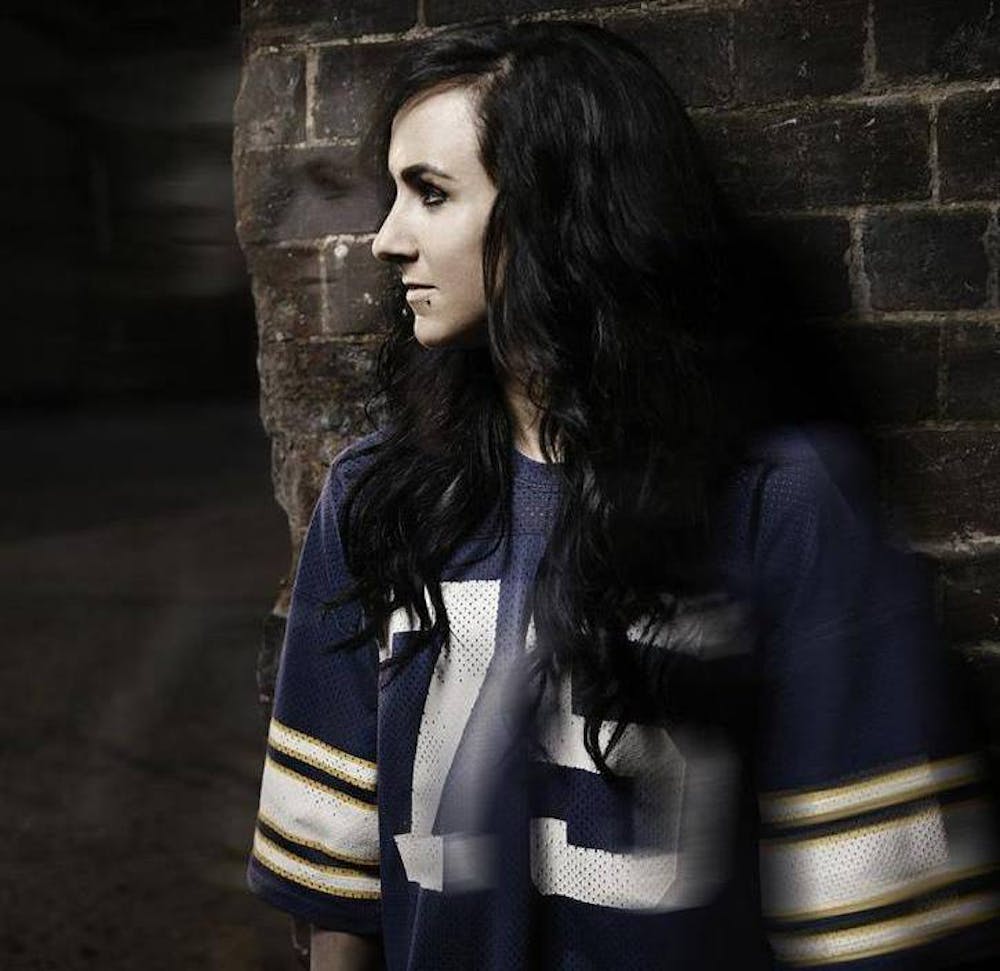 Follow Hannah Wants to get alerts about upcoming events and special deals!

“Hannah Wants (aka Hannah Alicia Smith) is a star rapidly rising through the ranks not just in Birmingham but throughout the UK and beyond.” - music blog. Miss Wants, notorious for her hard-hitting bass house style, is a self taught DJ from Birmingham.

Without further ado, here are Hannah Wants top 10 tracks of all time:

“Hannah Wants (aka Hannah Alicia Smith) is a star rapidly rising through the ranks not just in Birmingham but throughout the UK and beyond.” - music blog.

Miss Wants, notorious for her hard-hitting bass house style, is a self taught DJ from Birmingham. Over the past few years a new genre of house music has quickly risen to the forefront of the scene with Hannah securely taking the reigns as its leading lady.

Hannah was brought up surrounded by a wide variety of music. Her family introduced her to an eclectic mix of sounds; soul, R&B, rock, indie, 80’s, 90’s, electro and house all at a very young and impressionable age. At age 17, armed with a cross genre assortment of musical knowledge, a mixer and pair of Numark belt drive decks, an expanding vinyl collection and impressive ambition Hannah found her talent.

Despite being hugely creative at the decks, the mystery of Hannah’s stage name was born from a slightly less inventive place. Liking the letter ‘W’ and searching through a list of words in the dictionary is Hannah’s exciting account of the birth of her surprisingly ingenious alias ‘Hannah Wants’.

In 2010 Hannah dedicated her summer to Ibiza to a gain a concrete reputation as a house music DJ. Her unique and commanding style had a profound and powerful impact on clubbers and her peers. As a result she soon found herself in high demand gaining residencies, winning competitions and playing at prestigious events and venues across Ibiza.

The hype surrounding Miss Wants followed her home from the clubbing capital, and with each and every set played her popularity flourished across the UK. Locally Hannah became a focal DJ at Birmingham’s 2.31 and 10.31 Rainbow Warehouse event and began to truly showcase her talent and authority at the decks.

In April 2013, Hannah’s track ‘Dappy’ was released through Food Music. It found worldwide success and support and firmly established Hannah as a musical force to be reckoned with. Interestingly the name ‘Dappy’ found its title due to another bout of genius similar to that of ‘Wants’. Hannah and Chris Lorenzo were in the studio to remix one of Dappy’s (N-Dubz) tracks. Proving unsuccessful, they instead began playing around with sounds, in doing so they fell across the signature ‘Dappy’ bassline riff and a soon to be infamous track.

Since then Hannah’s tracks and mixes have continued to create waves, gaining momentum with every release. One thing, amongst many, that sets Wants apart from other DJ’s is her continued free music that she pushes out to her followers. The gratitude felt by Hannah for the support she receives is infinite, bi-monthly Hannah releases a meticulously crafted 24+ track ‘mixtape’ on her SoundCloud page as a free download for all to enjoy encompassing her favourite current tracks, taking you on a journey from start to finish.

In 2013 Hannah signed with Echo Location Talent Agency, firmly asserting her status alongside the UK’s leading DJ’s, producers and songwriters. Dates at some of the biggest events and venues across the world have followed, racking up an impressive diary.

The future looks limitless for Miss Wants with a newfound status the true result of a well earned and dedicated effort – her ability to continually surprise and blow the eardrums of all who hear her work will undeniably keep Hannah at the top of her game.