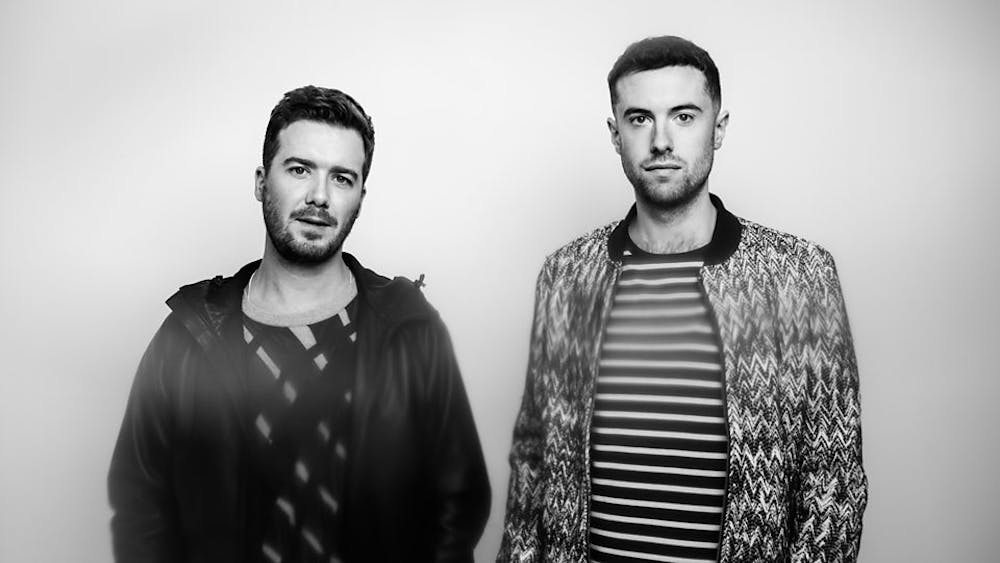 Follow Gorgon City to get alerts about upcoming events and special deals!

Without further ado, here are Gorgon City top 10 tracks of all time:

1. Ready For Your Love

Gorgon City are North London producers Matt & Kye. Their already distinctive sound is a logical development of the duo’s individual work as RackNRuin and Foamo. Hailing from the impressive Black Butter camp (who brought you Rudimental amongst others) and due to release their debut album in 2014 as a joint venture with Virgin / EMI, the pair are one of the most exciting and hotly tipped new acts in the ever-flourishing landscape of British club savvy pop.

Gorgon City offered up a platform for the two producers to fuse the deeper sounds they’ve been excited by for years but until now didn’t have the opportunity to explore. Polished, powerful and party-minded, their sound very quickly caught the attention of tastemakers as disparate as; Annie Mac, Diplo, Eats Everything and Mistajam with their early explorations into this new venture.

You can thank their long-standing love of jungle, house, grime, hip-hop and garage while growing up for this exciting meeting of musical minds; the sum of their many influences, inspirations and ideas. And right now they’ve only just scratched the surface.

The summer of 2013 paved the way for what’s to come from these boys – their singles ‘Real’ ft. Yasmin and ‘Intentions’ ft. Clean Bandit made people sit up and listen. Both achieved ‘Record Of The Week’ on Radio 1 from Nick Grimshaw & Mistajam and Sarah Cox & Sarah-Jane Crawford respectively, with ‘Real’ going on to sell over 47,000 copies in the UK to date.

Their latest single ‘‘Ready For You Love’ received its first exclusive play on R1 recently as Zane Lowes ‘Hottest Record in the World’ and features the vocal talents of MNEK who co-wrote the track with Matt and Kye. It’s a track that further establishes Gorgon City’s ability in capturing stunning performances from their collaborators. MNEK’s soaring soulful delivery marries perfectly with the duo’s signature production touches, bringing together the beatific agility of two-step with the gravity and resonance of deep house, dropping into an instantly addictive chorus hook.

The last few months have seen Gorgon City cement their repertoire as tent-shaking favorites internationally, with festival sets at Glastonbury, Parklife, Hideout, Global Gathering, SW4 and Isle of White. They have also had an all-summer residency at Space, Ibiza with Carl Cox and Ibiza Rocks and did a one off performance for the Radio 1 Ibiza weekend. They have freshly supported Rudimental on a ten date run in various Australian arenas and full UK Academy tour this autumn.

Collaborations currently underway with Kiesza, Bipolar Sunshine, Jess Glynne, Josh Record, George Maple, Vicktor Taiwo and Meverick Sabre among notable others promise much more excitement to come from the duo in the coming months and into the album for 2014.