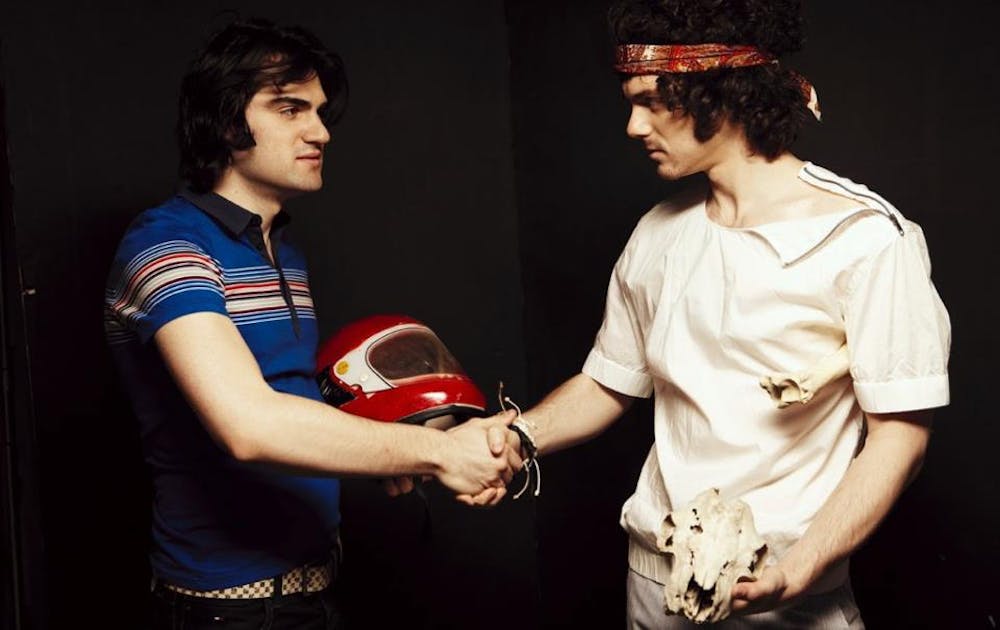 Follow French Horn Rebellion to get alerts about upcoming events and special deals!

Without further ado, here are French Horn Rebellion top 10 tracks of all time:

French Horn Rebellion is a Brooklyn electronic dance band formed in 2007 by Wisconsin-bred brothers Robert Perlick-Molinari and David Perlick Molinari. Robert Perlick-Molinari is a classically trained French horn player, who decided to start playing dance music while still attending the Bienen School of Music at Northwestern University because he did not feel like he fit into the rigid world of classical music.

The band released their debut self-titled demo in 2007, and The Infinite Music of French Horn Rebellion in 2011. Their second record, Next Jack Swing Pt. 1, was released in 2014. Their EP, Foolin' Around, was also released in 2015. David Perlick-Molinari produced and engineered MGMT's 2005 Time To Pretend EP, and over the years the band has drawn comparisons to the fellow Brooklyn band, but their most recent tracks, on Foolin' Around, are decidedly more in the throwback rock & roll vein.