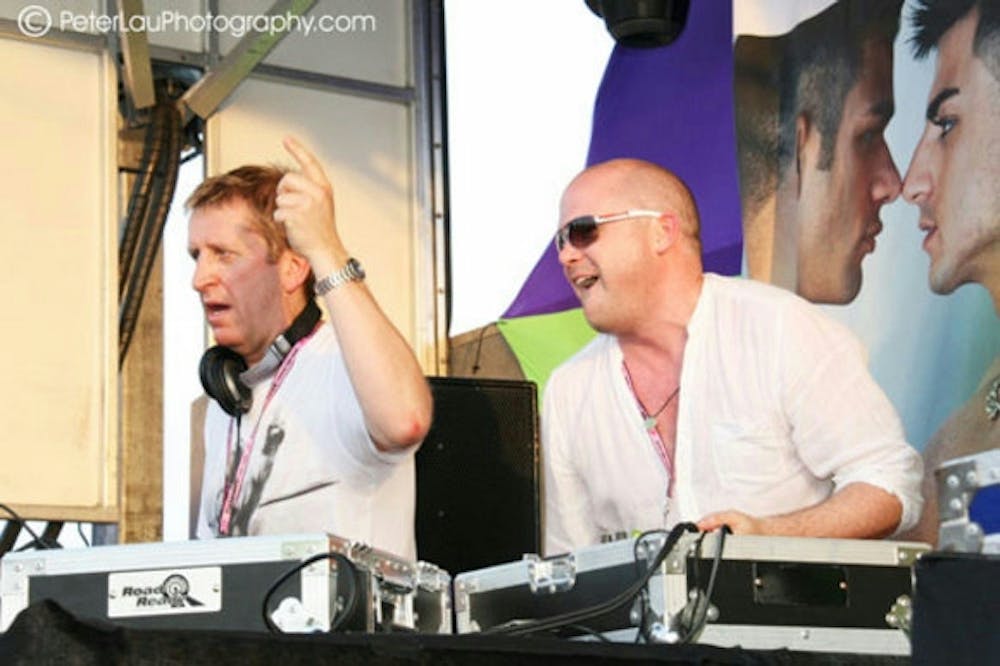 Follow Freemasons to get alerts about upcoming events and special deals!

Freemasons are infamously named after the Brighton pub adjacent to the studio where the duo started productions nearly six years ago.

Without further ado, here are Freemasons top 10 tracks of all time:

10. When You Touch Me (feat. Katherine Ellis)

Freemasons are infamously named after the Brighton pub adjacent to the studio where the duo started productions nearly six years ago. They first came to clubland's attention with the much loved, Jackie Moore sampling – 'Love On My Mind' featuring Amanda Wilson which became the dance anthem of 2005. More hits swiftly followed with 'Watchin' (also featuring Amanda) and 'Rain Down Love' with Siedah Garrett. At the same time Freemasons also quickly established themselves as the UK's best remixers – their first of Faith Evans' 'Mesmerized' drew them to the attention of American record company A&R and they haven't looked back since.

Their remixes of tracks from Beyonce's 'B-Day' album, including 'Déjà Vu', 'Beautiful Liar', 'Ring The Alarm' and 'Greenlight' have become legendary and their versions were used as the lead radio edits across Europe, along with other mixes such as Kelly Rowland's 'Work', Kylie's 'The One' and Whitney Houston's 'Million Dollar Bill'.

In 2007 Freemasons scored their most successful single with a cover of the Alanis Morissette song 'Uninvited'.Bailey Tzuke (daughter of legendary singer song writer Judie Tzuke) provided the haunting vocals and 'Uninvited' became a smash all over the world.

In 2008 Freemasons hit the charts again with 'When You Touch Me' with Katherine Ellis on vocals and in 2009 they famously collaborated with Sophie Ellis-Bextor on 'Heartbreak Make Me Dancer', which became their sixth consecutive hit making them one of the most successful ever dance acts in the UK.

You might think that with their success with both their own releases and their remixes that Freemasons would coast along the same musical path and continue to enjoy the acclaim of fans and the music industry alike. However, during the final months of 2009, Freemasons noticed the lines between club music, urban music and the mainstream blurring more than ever before. Feeling the mood shifting Freemasons made a bold and radical decision: Change Everything + Change Nothing – James explains: "Suddenly dance music seemed to be everywhere but not in the classical sense - A new hybrid has developed somewhere between house, urban and electronica. We had a choice - carry on and possibly get left behind or drop everything, start redevelopment and create brand new methods of working and come back with a new sound keeping intact our musicality - oh and rebuild every part of the studio from scratch!"

What started as a 4 month project has taken them into the summer of 2010 as the phone kept on ringing and Freemasons busied themselves working for the likes of Shakira, Alexandra Burke , Taio Cruz and Sophie Ellis Bextor (to name a few), but they are now ready to start releasing their new tracks out of their brand new studio and back into the wild. At the end of 2009 a call from Atlantic records propelled them into a studio with Wynter Gordon, an incredibly talented young artist and writer who had successfully worked with David Guetta and Flo-Rida. With seasoned song writers Wayne Hector and Lady V also joining in, the song that came out of that writing session was bound to be special.

"I still remember the first time Wynter sang, James and I was still setting levels, but had to really rush as everything she sang was just incredible - goose bumps everywhere - half the lead vocal is the very first take." 'Believer' will be released in its full-length version on August 15th. "We haven't even done a radio edit of it yet", explains Russell, "that will come later – we just want get it out to the fans straight away, especially after the reception we got for it when we first played it out at Pride in New York."

The Freemasons have been a major international act for several years with DJ gigs taking them to and fro across the world from Rio, all over Europe, Egypt , Korea and beyond, but in 2010 Freemasons hit the North American soil with both feet running with a string of incredibly high profile bookings - most recently in front of 10,000 New York Pride party people on Pier 54 of the Hudson - an event that even caused the top US lighting engineer to ask to be at every Freemasons gig possible in the future.

'Believer' ft Wynter Gordon is a truly epic Freemasons production that confirms their position as producers and artists for years to come. If 'Believer' is just the start then their forthcoming new artist album is sure to be something special.

No upcoming events with Freemasons