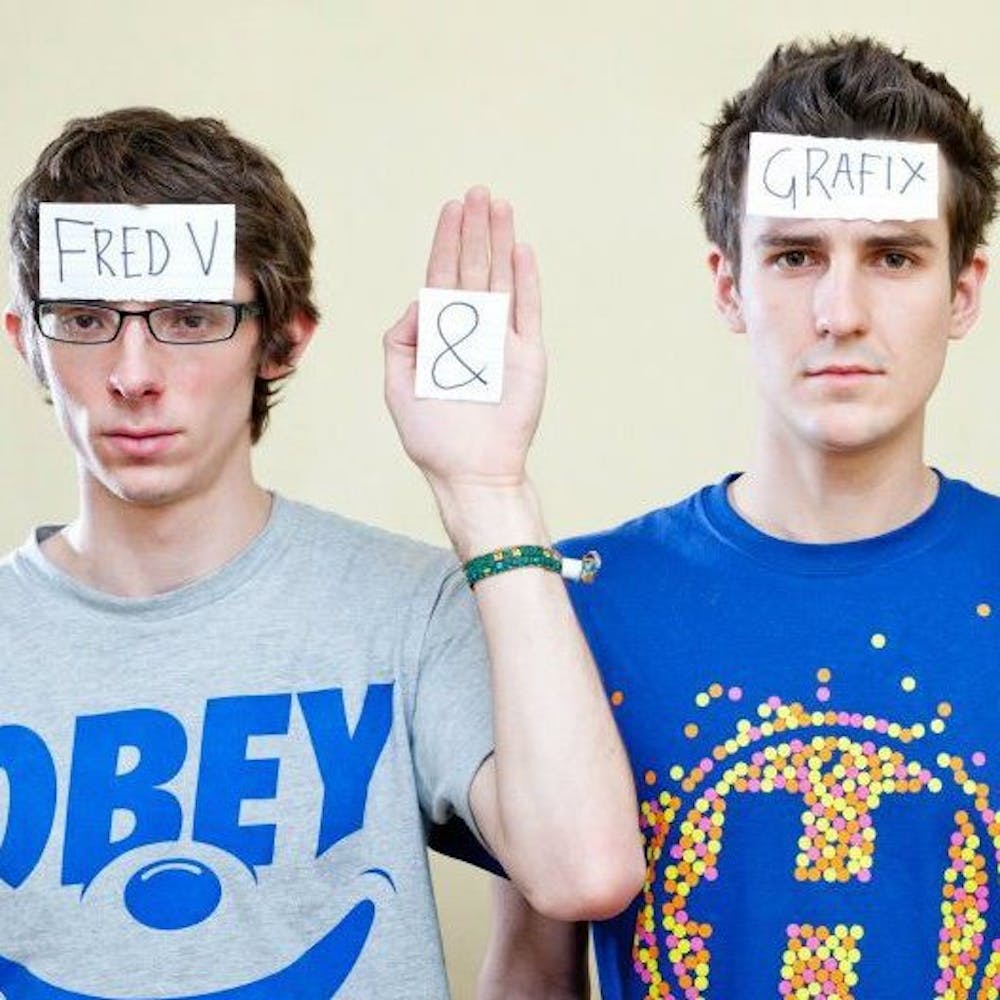 Follow Fred V & Grafix to get alerts about upcoming events and special deals!

Fledgling stars Fred Vahrman and Josh Jackson a.k.a Fred V & Grafix signed to Hospital at the end of 2011 and have been making waves ever since.

Fred V & Grafix has performed in venues such as: Egg, Spin

Without further ado, here are Fred V & Grafix top 10 tracks of all time:

Fledgling stars Fred Vahrman and Josh Jackson a.k.a Fred V & Grafix signed to Hospital at the end of 2011 and have been making waves ever since. A pair of producers who have been working together for the past five years now and showing huge promise, the boys have already brought us such gems as “One Of These Days”, “Long Distance“ and “Room To Breathe”, as well as featuring on a number of Hospitality compilations. When they’re not making uplifting liquid gems and charming D+B fans across the globe, the Devon duo are often found on BBC Radio 1Xtra or doing mini mixes for Annie Mac.

Recent recruits to the scene, Fred V & Grafix were initially into live music, with Fred’s guitar talents still coming into good use in their recent contribution to the “Fifteen Years Of Hospital Records” album “Find My Way”. The pair converted to D+B when they heard Pendulum’s controversial and genre-changing album “Hold Your Colour” and High Contrast’s sophomore “High Society”. Influenced by an eclectic range of sounds outside of D+B, from electro/French house, ambient and hip hop, Fred V & Grafix cite artists such as Flying Lotus, Bonobo, Dilla and Jimi Hendrix as key inspirations, alongside fellow Hospital artists High Contrast and Logistics.

Having already released music on Allsorts and Talkin Beatz, and received Radio One support from Zane Lowe and Annie Mac, Fred V & Grafix made their Hospital debut on the “Fifteen Years Of Hospital Records” album with “Find My Way”. As well as producers within their own right, Fred V & Grafix have also stunned us with their remixes of Emeli Sande – “Daddy”, Skepta – “Hold On”, Camo & Krooked - "All Fall Down" and not forgetting their amazing remix of Rudimental's chart-topping No. 1 hit "Feel The Love".
Most recently, the boys have been in the spotlight with the resounding success of their Sick Music 3 contribution "Major Happy" which has garnered high profile support from Annie Mac and more. With plenty of charisma, talent and the backing of many of the industry's key players, one thing's for sure - as we look ahead, the future is most definitely bright for Fred V & Grafix.