With over 85 venues in Las Vegas, there are many places to choose from whether you're looking for a crazy night out or a lounge atmosphere. Don't worry! We're going to list out the best clubs in South Strip, Las Vegas that you should definitely check out.

The sun has set on the typical Vegas pool party! DAYLIGHT Beach Club has announced a new weekly concert series titled “Sundown” for the 2015 summer season, presenting a new element to Vegas daylife and nightlife. "Sundown" will feature a collection of the world's best in underground music.

RSVP at Daylight At Night

Omnia in Caesars Palace is known as one of the best clubs in Las Vegas. With a glamorous entryway featuring an art installation and interactive technology, you will be breathless from the moment you step through the door.

Hakkasan is Las Vegas nightlife’s crown jewel. Located in the MGM grand, Hakkasan features 80,000 square feet and five levels of dance floors, lounges, and restaurants. The first two levels feature the main restaurant, serving masterful Cantonese cuisine from Chef Ho Chee Boon. The third floor is comprised of the Ling Ling Lounge and the Ling Ling Room — over 10,000 square feet of dance floor and lounge. Ling Ling room DJs play hip-hop music; the main room is almost always electronic/house music. The top two floors are the main nightclub and upper balconies, where the resident DJs Tiesto and Calvin Harris spin regularly. The dance floor is surrounded by numerous VIP tables arranged in a semicircle facing the DJ booth, giving every table a great view of the DJ. With its giant LED screens, intense light shows, and world-class performers, Hakkasan is one of the most luxurious and exclusive clubs in Las Vegas.

A privileged playground for partygoers, glitterati, and celebrities, Wet Republic at MGM Grand combines the best elements of Vegas nightlife with supreme poolside amenities to create the ultimate daylife experience. The unrivaled hot spot delivers a variety of experiences for its guests, whether they want to chill over cocktails in the poolside lounge, relax in exclusive VIP bungalows, or bask in the party scene on the main pool deck or cabanas. The 54,500-square-foot pool at the MGM Grand just underwent a $3.574 million remodel to 18,400 square feet of the space. Last year, the pool debuted an expanded DJ booth, an upgraded LED display, extended bar and new furniture. The latest renovations added six new VIP bungalows equipped with furnishings, TVs and misting fans all equipped with three private plunge pools. New restrooms and shower facilities as well as an extended shade area have also been added. 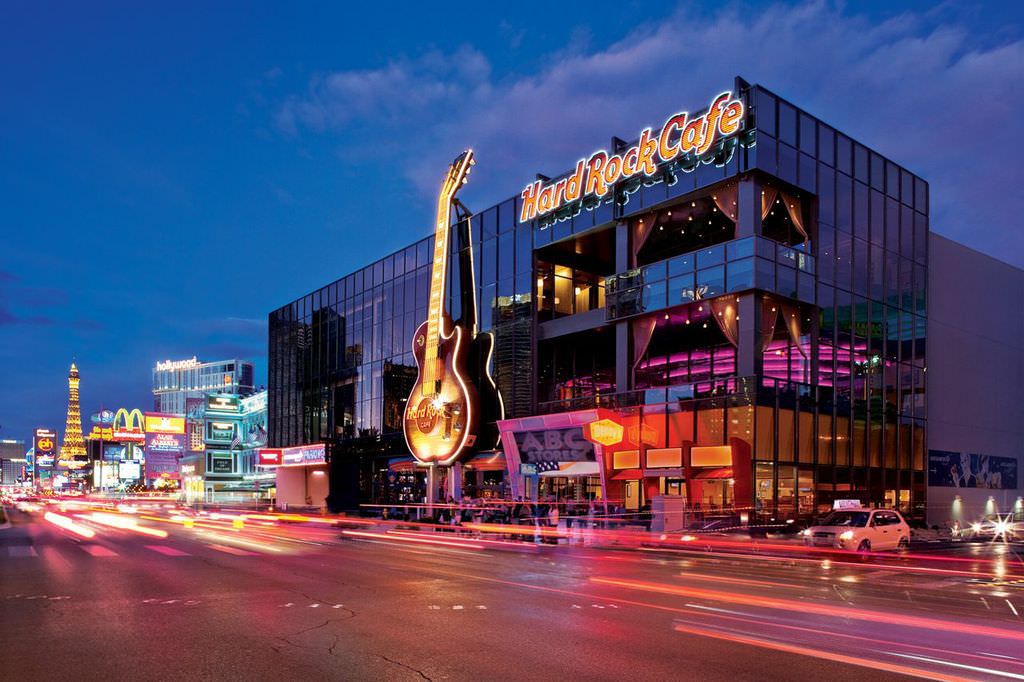 In a city bursting with every sort of entertainment imaginable, Hard Rock Live Las Vegas stands out as one of its best concert venues. Located in the heart of the famous Las Vegas Strip, we offer a sleek, modern setting where you can watch both local and national artists perform, complete with state-of-the-art audiovisual equipment offering mind-blowing imagery and sound. The views of the Strip outside are pretty good too. For a concert experience you won’t soon forget, look to Hard Rock Live Las Vegas. Known as one of the Las Vegas Strip’s best concert venues, we provide the audience with an intimate setting to catch both local and national artists, complete with sound and lighting systems that are second to none and panoramic views of the famous Strip.

What time does the headlining DJ usually start performing in Las Vegas clubs?

How long do DJs play in Las Vegas?

What is the dress code like at Las Vegas Electronic nightclubs?

How can I get into Las Vegas Electronic nightclubs for free?

Some Las Vegas Electronic nightclubs have a free ladies guest list, and have a free even ratio guest list – free if you have the same number of girls (or more) in your party.

Keep in mind that many Las Vegas Electronic nightclubs are more exclusive and require bottle service to get in. You can sign up for the guest list on our events page.

How can I book bottle service for Las Vegas Electronic nightclubs?

You can book bottle service directly on Discotech by visiting the Las Vegas page.

How much is bottle service at Las Vegas clubs?

Bottle service and table minimums at Electronic nightclubs can get pretty expensive in Las Vegas, but every nightclub is different.

Should I buy tickets to get into Las Vegas Electronic nightclubs?

Many Electronic nightclubs in Las Vegas are bottle service only – meaning you must book a table reservation in order to get inside.

Check out the full list on our guide to the best EDM nightclubs in Las Vegas.

Check out the full list on our guide to the best hip hop nightclubs in Las Vegas.