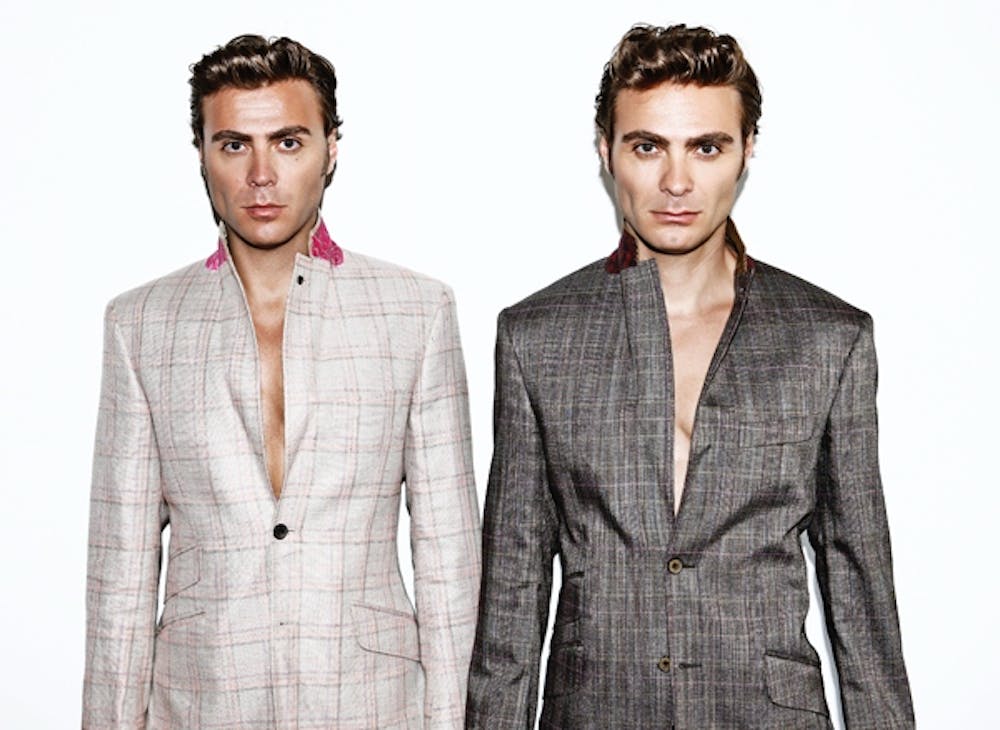 Follow EC Twins to get alerts about upcoming events and special deals!

Born and raised in the musically historic city of Manchester, England, Marc and Allister Blackham, also known as the EC TWINS, began their career in the House Music scene in Edinburgh, Scotland at age 16.

Without further ado, here are EC Twins top 10 tracks of all time:

7. Blinded by the Light

Born and raised in the musically historic city of Manchester, England, Marc and Allister Blackham, also known as the EC TWINS, began their career in the House Music scene in Edinburgh, Scotland at age 16. They quickly evolved from “flyer boys” to creating and running the city’s most successful nightclub: Eye Candy. The initials of the infamous nightclub stuck as the brothers are still known around the world as simply… EC Twins.

The Twins have been credited as two of the most influential figures in EDM and thanks to their “British Invasion”, played a large part in the explosion of Electronic Music in the USA. They began by performing in small clubs in Los Angeles and invested all of their finances into their music and performances. Their hard work paid off, turning a local fan base into an army of dedicated worldwide followers.

The EC TWINS long list of Productions and Remixes combined with their knowledge of the EDM music scene found them cast as celebrity guest judges on VH-1’s “Master Of The Mix” in 2013. They have used their title as DJ/Producers with great success and many releases including “Set The World On Fire” selected as the 2013 Groove Cruise Anthem. They garnered massive play by the dance music community in 2013, with the debut of their remix of Lana Del Rey’s “Young and Beautiful.” Their original top ten production “Rock’n’Roll Music” was included on the world famous MARQUEE Nightclub’s Summer 2013 Music Mix Series alongside musical EDM giants Tiesto, Kaskade and Skrillex. With tracks including “Trapped in Miami” released at Ultra’s Music Miami Week and their summer hit “You’ve Never Seen” (with a powerful vocal by dance music icon Cece Peniston), they have seen worldwide support by the likes of Sander Van Doorn and DJ Chuckie with major festival air time at Tomorrowland Festival in Belgium and Electric Daisy Carnival Las Vegas. Also having achieved main stream success with their official remixes of LMFAO’s “ Champagne Showers”, “Little White Doves” by Paul Harris and Adele’s “ Someone Like You” which climbed to the top of the SIRIUS XM DANCE MUSIC charts, the Twins discography continues to grow with every year they appear on the dance music circuit. The EC TWINS own label TWIN TURBO recently inked a major distribution deal with the legendary Black Hole is helping to develop new artists and evolve new sounds in the world of EDM.

This is all just the beginning of what is sure to be a long lasting career of trend setting original music and high profile remixes from this talented duo, who relentlessly work hard to pave the way for House Music domination on a global scale. The EC TWINS are fast becoming a household name!

No upcoming events with EC Twins