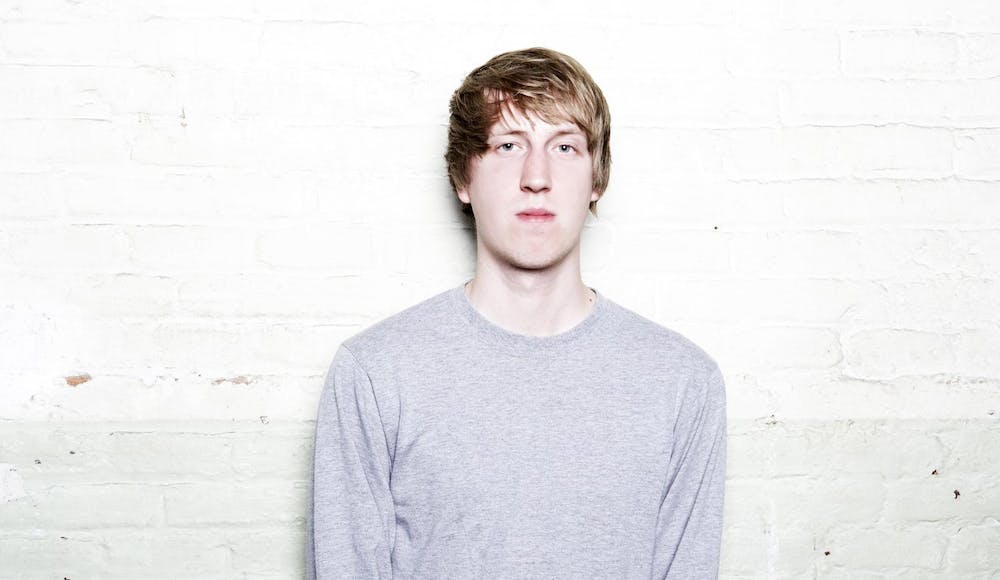 Follow Dorian Concept to get alerts about upcoming events and special deals!

There is a certain element of playfulness and wonder that can be heard in the music of the Viennese-born, self-taught multi-instrumentalist and producer Oliver Thomas Johnson, aka Dorian Concept.

Dorian Concept has performed in venues such as: Melkweg, Rex Club

Without further ado, here are Dorian Concept top 10 tracks of all time:

3. Toe Games Made Her Giggle

There is a certain element of playfulness and wonder that can be heard in the music of the Viennese-born, self-taught multi-instrumentalist and producer Oliver Thomas Johnson, aka Dorian Concept. After being exposed to hip hop in his early teens, he started to experiment with music production software on his parents’ computer at the age of 15. Around the same time, he picked up the piano, electric bass, and soprano saxophone, and since then he has been fascinated by combining the world of music production with the one of instrumental improvisation. Dorian Concept started his career as a typical “bedroom producer” with a MySpace page in his late teens and enrolled in the University of Applied Sciences in Salzburg to study multi-media art in 2005. Just five years later, he was performing at the Royal Albert Hall with the Cinematic Orchestra, a group he had always admired, at the twentieth anniversary gala of Ninja Tune. Some of the important stations of Dorian Concept’s rise from a bedroom producer studying in Salzburg to a Royal Albert Hall performer date back to 2006, when he started uploading a series of short videos of himself improvising on synthesizers on Youtube ­ starting with "Fooling Around on MicroKorg” ­ that have garnered over a million hits. Within a year, BBC radio greats like Benji B, Giles Peterson, and Mary Anne Hobbs championed his early digital releases, and shortly thereafter he started touring internationally. In 2008, he participated in the Red Bull Musical Academy and released his first EP Maximized Minimalization on the Viennese label Affine Records. This EP ­ along with the subsequent track “The Fucking Formula” ­ was his take on instrumental hip hop at the time. His single “Trilingual Dance Sexperience” became a beast of its own right, acknowledged as a landmark for that unique

Dorian Concept sound. Boomkat described it as “what sounds like the culmination of the last 10 years of techno, grime, hiphop club music and cutting-edge electronics attempting to race each other to the finishing line of the decade.”

In 2009, Kindred Spirits/Nod Navigators released his debut album When Planets Explode, which enjoyed critical and underground acclaim. The next two years were a blur of different cities and stages that brought his live show to Australia, Asia, all over Europe, and the States, while playing keys as part of Flying Lotus’ live band in between. His improvisational skills and virtuosity on his trusty MicroKorg shine during his animated live performances.

Dorian Concept’s jazz-influenced beat concoctions reap havoc on the dance-floor but never lose their sense of musicality. Unconventional chord changes, expressive dynamics and quirky layers of counterpoint melodies are parts of his unmistakable musical voice. He dots effortlessly through different genres and styles: from sublime electronica to hyperactive garage to avant-garde dancehall. Therefore, it made perfect sense when the multifaceted imprint Ninja Tune invited Dorian Concept to contribute to its twentieth anniversary box set in 2010 with the standout track "Her Tears Taste Like Pears.” It was no surprise that Ninja Tune then added him to its roster, releasing an EP under the same title in 2011.

Shortly after the Ninja Tune EP, Dorian Concept decided to take some time off to craft a new sound. He abandoned his signature use of the Mikrokorg and started working with a Wurlitzer electronic piano and a handful of analogue synthesizers. Joined Ends - his forthcoming album on Ninja Tune - showcases a new sound that reveals a radically different side of his artistic repertoire. A departure from rigid beat-making, he has chosen to concentrate on his intuition and his keyboard skills. Dorian Concept is also expanding his much lauded live show into a trio with touring planned for Autumn 2014 and beyond. Joined Ends is his most deliberate, focused, and liberating work to date.

No upcoming events with Dorian Concept